IRB Brasil (IRBR3) made available on the night of this Friday (22) a monthly periodic report sent to the Superintendence of Private Insurance (SUSEP) with the figures for the month of February.

The company highlighted that the details and explanations of the results will be presented on the occasion of the disclosure of the financial statements, scheduled for May 16.

In the two-month period, the premium issued reached the amount of R$ 1.502 billion, an increase of 11.9% compared to the same period in 2021, of which R$ 945.7 million in Brazil and R$ 556.3 million abroad, growth of 31.4% and a reduction of 10.6%, respectively, compared to the same period in 2021. The reduction abroad is in line with the strategy of focusing on the domestic market, widely publicized by the company, he said.

“We recorded a non-recurring effect referring to the LPT (Loss Portfolio Transfer) operation, which increased the premium line retroceded by R$ 218.8 million and reduced the Retained Claim line by R$ 200.8 million, generating a negative effect on the subscription result of the Company of R$ 18.0 million”, said the company in a statement.

Life in the van: This is how much money these three couples spend each month

Sat Apr 23 , 2022
Alexandra Napoli and Frankie McCullough An advantage of the Corona pandemic: It is currently so much easier to realize your own fantasies about life in a van (#vanlife). According to studies, around 40 percent of the population is currently working from home. Since many meetings take place in front of […] 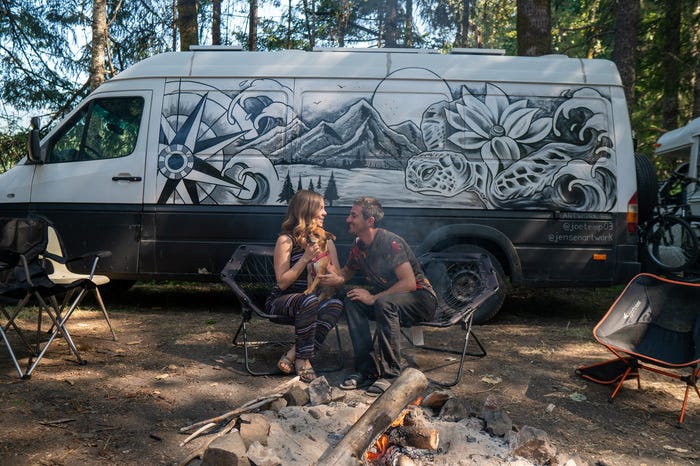