With 9 days to go before the first round, former president Luiz Inácio Lula da Silva (PT) maintains the lead in the dispute for the Planalto Palace, and expanded the advantage for current president Jair Bolsonaro (PL) to 11 percentage points. This is what the Ipespe survey, released this Friday (23), shows. The survey was commissioned by XP Inc.

According to the poll, carried out between the 19th and 21st of September, Lula has 46% of the voting intentions – a positive oscillation of three percentage points in relation to the last survey, carried out in August. Bolsonaro (PL), candidate for reelection, has the same 35% of the two previous polls.

Read too: Ipespe: understand how the electoral polls of the pioneering institute in telephone surveys are carried out

Following, Ciro Gomes (PDT) appears with 7%, compared to 9% in the last three surveys, and Simone Tebet (MDB) has 4%, compared to 5% in the previous survey. Soraya Thronicke (União Brasil), who had not scored in August, now appears with 1% of voting intentions.

Vera Lúcia (PSTU), Felipe d’Ávila (Novo), Sofia Manzano (PCB), Eymael (DC) and Padre Kelmon (PTB) did not reach 1% of the voting intentions. Leonardo Péricles (UP) was on the list of stimulated research, but was not mentioned by any respondent. White, null, none or will not vote add up to 5%. Don’t know or didn’t answer are 2%.

Ipespe heard 2,000 people by telephone in all regions of the country. The research is registered with the Superior Electoral Court (TSE) under the code BR-08425/2022. The margin of error is plus or minus 2.2 percentage points.

The confidence interval is 95.45%, which means that if the survey were performed 100 times, in about 95 of them the result would be within the margin of error.

If you are a gamer and do not want interruptions when playing, you just have to configure this

Fri Sep 23 , 2022
Regardless of whether we play with a keyboard and mouse or if we are more of a controller, be it Xbox or PlayStation, there is nothing else that gets us more out of our boxes than seeing how the Windows Start menu appears in the middle of the game. The […] 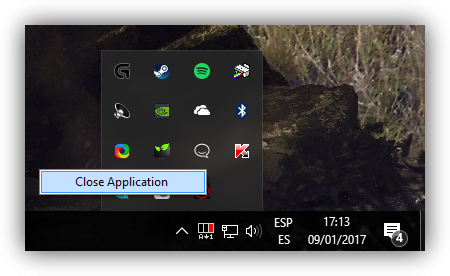