A Ukrainian soldier, with an anti-tank launcher. / AFP

Risking life is part of the job for those who choose to enlist in any army in the world. One more job in which you have to meet some requirements to enter, some rules to stay in the position, achieve some goals to be promoted and, of course, get paid at the end of the month. As in any other job, the payroll is also different here depending on the part of the planet that the troops defend. It is not the same to risk your skin as a United States military officer than as a Russian or Ukrainian soldier. The two countries have been facing each other since 2014 in Donbas, fighting extended on January 24 to a large part of the Ukrainian territory. Until then, none of the governments had been known for generously paying their troops.

Russia is fighting in the Ukraine with between 140,000 and 200,000 soldiers. Many are young people who were caught in the middle of compulsory military service by the invasion. Kids that many analysts place as one of the main reasons why the invasion did not go as Vladimir Putin planned. Not fast, not efficient. There are recordings of boys who leave their weapons and run away or who say they didn’t even know where they were. There is also evidence that his food rations were expired. They are cannon fodder on the front line and are exposed to death, lifelong injuries or being taken prisoner for 630 euros a month, about 21 euros a day. And that Moscow has improved the salary of its recruits in recent years. In 2014, his payroll was around 330 euros per month.

The salary of professional men and women (they are not obliged to do the ‘military’, but they can enter the Army under contract) is not improving much either, especially among those with lower ranks. Low-ranking troops are mileuristas, though they enjoy rewards like free housing and transportation. It is striking that the Kremlin’s coffers are more generous with the foreign troops it has called up to join the fight in Ukraine. According to various international agencies, the Russian government is offering up to 2,700 euros to Syrian soldiers who join its side, although the Middle Eastern country’s media say the amount would be around 280 euros. Although it is unknown how much money the men of the Chechen president, Ramzán Kadyrov, have joined the cause for, Western intelligence services estimate that the mercenaries of the Wagner Group, the paramilitary organization at the service of Russia, which acts on Ukrainian territory. They would charge in spices, mainly gold.

The war triggers the salaries of the troops

At the beginning of February, when there was already talk of an imminent attack on Ukraine, President Volodímir Zelenski signed a decree to increase the strength of his Army. They went from 250,000 to 350,000 and it was announced that compulsory military service would be abolished in 2024, reinstated in 2014 due to the Russian invasion of Crimea and the war in Donbas. With a new conflict at the gates, kyiv sought to professionalize its troops, which also raised their salary somewhat. It was until then one of the worst paid, with little more than 300 euros for those with no or low graduation. With the Russians already advancing on kyiv, martial law was declared and all citizens up to 60 years of age were mobilized. On February 28, not a month after that first decree, the media president signed another order approving the granting of an extra monthly payment to all those who participated in the defense of the country. And they were symbolic amounts.

Speaking to the Ukrinform agency, Defense Minister Oleksii Reznikov detailed the significant increases. Those who are in the front line receive a bonus of 3,100 euros on their monthly salary for the duration of the contest. In addition, all those workers in the emergency services, security, intelligence or special communications, among others, will see their payroll increased by 941 euros per month. The families of the soldiers who fell in the war, for their part, will receive 470,400 euros “to be shared equally” among their relatives. Of course, kyiv is counting on the fact that it will have sufficient foreign economic aid for this purpose and even funds blocked from the oligarchs, which today is difficult to guarantee.

“We do it so that our defenders are aware that the country is grateful to them. The state must pay decently for this important work,” Reznikov justified. Shortly after, it was announced that the volunteers would also receive a one-time payment of 3,000 euros.

Citizens of other countries who come to defend the country invaded by Russia are also rewarded. Sources on the ground say that brigade members who have joined the International Defense Legion of Ukraine are entitled to between 230 and 600 euros per month. Some volunteers have spoken in British and American media that the salary was around 3,000 and that, in the event of falling at the front, kyiv would compensate their families. In any case, the free nature of the incorporation suggests that the payment will not be too high.

A different case is that of the mercenaries hired by Western companies to fight against Putin. At the beginning of March, the website of the firm Silent Professionals – defense and private security – published a job offer to hire ‘agents’ with the necessary training to carry out covert operations, as well as extraction and evacuation missions. The requirements outlined included more than five years of combat experience – including one abroad – excellent physical fitness and knowing how to distinguish between Russian and NATO vehicles, aircraft and ships. In exchange, 1,800 euros… Per day. It is clear that there are also classes in wars.

What to do if FIFA 22 gets stuck on loading screen?

Sun Apr 17 , 2022
If you are eager to play with your favorite teams and players as soon as possible, but you find that the loading screen of FIFA 2022 does not advance, you may have a very common problemThere are a number of solutions out there that will get you out of that […] 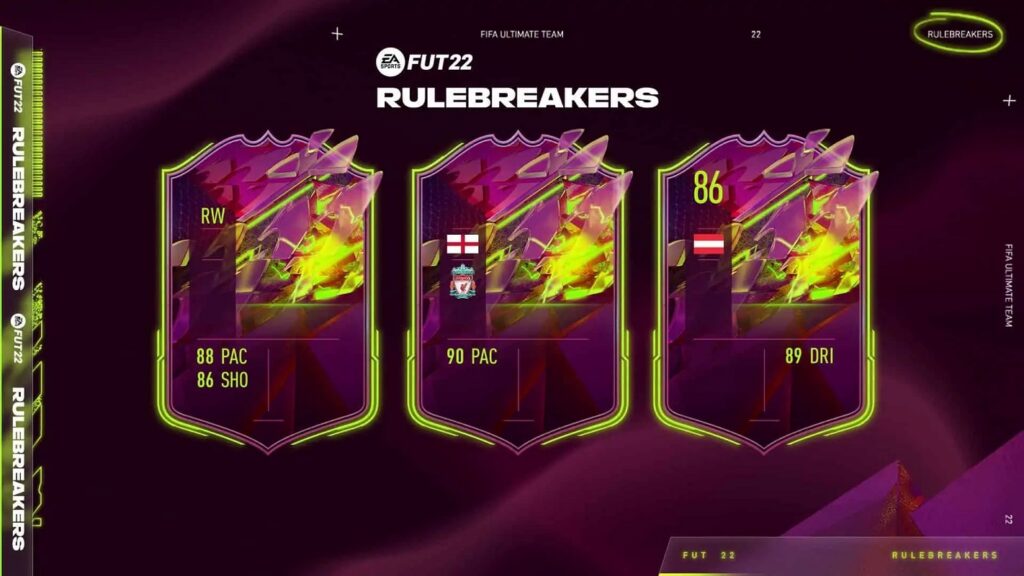