Many times we talk about Ubuntu as one of the easiest and most accessible Linux, a perfect gateway for any user who wants to start getting familiar with this system. However, the Canonical distro is guilty of many things and, although it is not a bad operating system, today there are other more recommended alternatives for those users who are thinking of trying this operating system. And one of them is Linux Mint.

Linux Mint was born as a distro specially designed to take away those users who were unhappy with Canonical and the unilateral decisions it makes about Ubuntu without taking the community into account. The developers of this distro take care of even the smallest detail so that all users can feel as comfortable as possible with it, eliminating all those controversial features of Ubuntu and adding a series of their own applications (the MintApps) that make it easy to use the system to, for example, update the PC or configure it.

Although it is still in the development phase, we can already know what are the main novelties that will come to us with the new Linux Mint 21, “Vanessa”. And, the truth, they are to make Ubuntu tremble with fear.

The first thing we must take into account is that this system will use as a base Ubuntu 22.04, the latest Canonical LTS that has 5 years of support. In addition, it will include Kernel 5.15also LTS, so once this Linux Mint is installed we won’t have to worry about installing a new version, at least for another 5 years.

Of course, this new version of the distro has updated all the applications and all the packages that are installed by default on the system. And some of these updates have brought significant improvements. For example:

time-shift: the backup program is now in the hands of the Linux Mint developers themselves, and it brings news such as, for example, knowing how much space we need on the disk and stopping the backup when the free space drops below 1 GB. New supported formats: WebP (view, edit and thumbnails), ePub (thumbnails), MP3 with covers (thumbnails), RAW (thumbnails) and AppImage (thumbnails). Printing improvements. Internet Printing Protocol (IPP) and the latest HP drivers are now included. Both printing and scanning are much more reliable and faster. animation panel and unified effects and with more options to adjust it to our tastes. Latest desktop version Cinnamon, the 5.4. In addition, it includes Muffin (fork of Mutter) as a window manager. More protection against errors: when uninstalling a package its dependencies are now checked, and if it has any associations it will not let us delete it. Ubuntu 22.04 users have problems closing programs with the service System OMMD. Linux Mint has disabled it by default to kill them.

Also, we can’t forget that Linux Mint removes all data collection features that Canonical does from Ubuntu, remove all kinds of bloatwareand it doesn’t force users to use services, like Snap packages, that they don’t want to use.

For all this, it is one of the best Linux distros, both for users who are taking their first steps in this alternative system to Windows, and for those with experience who are looking for something stable, fast and faithful to the Linux philosophy.

Fri Jul 22 , 2022
Motorola is one of those brands that have come down in recent years, but whose hopes are still pinned on its rebirth. By history and potential, which has it. The brand’s top mobile, the Motorola Edge 30 Pro, is back at 599 euros on Amazon. Motorola Edge30 Pro (6.7″ OLED […] 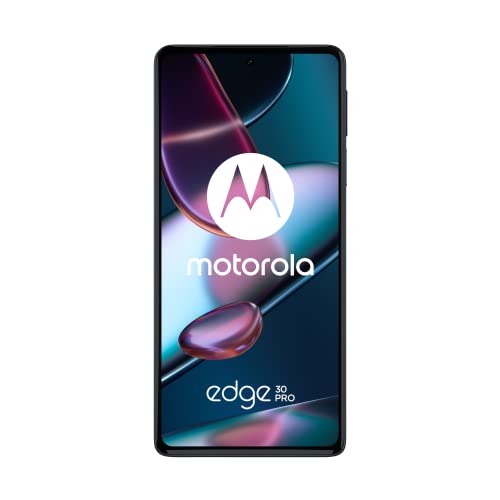