Several experts have warned the population to prepare for the possibility of a major eruption.

The Fagradalsfjall volcano, located on the Reykjanes peninsula in southwestern Iceland, erupted on Wednesday and ejected magma for the first time since September 2021, when a lava river was recorded in the area.

The country’s authorities, who have confirmed the eruption, have indicated that the volcano, which is located about 50 kilometers from the capital, Reykjavík, is also emitting gases, according to information from the newspaper ‘Morgunbladid’. 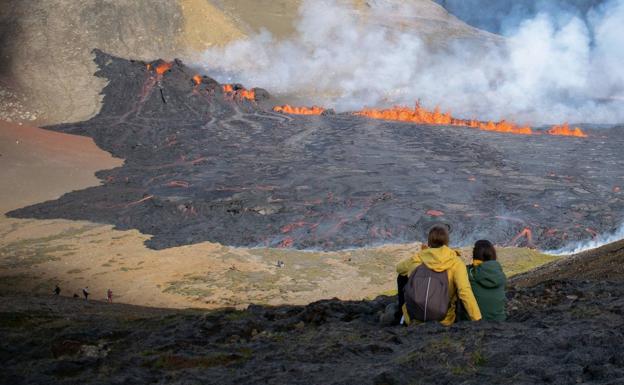 Civil Protection sources have indicated that they are monitoring the situation. On Monday, the volcanic region of Reykjanes was already affected by a series of earthquakes, which raised alarms about the possibility of new eruptions in the area.

Several experts have warned the population to prepare for the possibility of a major eruption, either in the coming months or years.

Iceland has 32 volcanic systems considered active, the largest number in all of Europe.

Collect government aid of 200 and 400 euros from your PC: you only need this

Thu Aug 4 , 2022
It must be borne in mind that in recent weeks some interesting government aid has been made public that many of you can take advantage of. But unlike what happened a few years ago, now and thanks to Internet we will not have to stand in long queues in official […]