The Strasbourg report condemns Hungary for violating the rule of law. A political measure for now, which could extend to European funds.

The European Parliament ruled, by vote, that Hungary “can no longer be considered fully a democracy”. It is a strong statement that comes from Strasbourg, where MEPs have defined Hungary as a “systemic threat” to the founding values ​​of the Union. The text states that Hungary, under the uninterrupted leadership of the leader of the conservative party Fidesz Viktor Orbán since 2010, is “a hybrid regime of electoral autocracy”.

A vote with political value (for now)

The measure that was voted on yesterday however, it has no legislative value, that is, it will not exclude Budapest from the enjoyment of the rights that membership of the Union entails. The intent is mainly “politico” and motivated by the worsening of the framework of rights in the country. According to what MEPs have made known, in fact, further procrastinating this measure would have meant “a violation of the principle of the rule of law by the European Council itself”. The report contains a draft text asking both the Commission and the European Council, which defines the general orientations and priorities of the Union’s policies, to activate the “suspension clause” of the rights of accession to the Union , governed by article 7 of Treaty on European Union.

The report approved by the European Parliament defines Hungary as a “systemic threat” to the founding values ​​of Europe and describes it as an “electoral autocracy” #Salvini and #Meloni voted with # Orbán, that is, against the EU report.
By controlling the media, Orbán holds power. pic.twitter.com/5G9VNPQtXy

This device provides that, “in the event of severe and persistent violation by a country that is a member of the principles on which the Union is based “- freedom, democracy, respect for human rights, fundamental freedoms and the rule of law -, Brussels provides for the possibility of prohibiting the transgressor from exercising certain community rights, including voting in the Council. A possible suspension could above all block the European funds foreseen by the Next Generation Eu. It is important to remember that Article 7 does not require a unanimous vote to identify and declare when the government of a member state is carrying out such a violation. The actual suspension of Hungary’s Community rights, on the other hand, would require a unanimous vote.

The opposition of Lega and Fratelli d’Italia

The report was adopted by a large majority with 433 votes in favor, 123 against and 28 abstentions. To support the positions of the MEP Gwendoline Delbos-Corfield, rapporteur belonging to the group of the Greens, was the majority of the parliament including the Italian MEPs, including those of Forza Italia, who sit in the ranks of the European People’s Party group. “We deeply regret that the lack of decisive action by the European Union has contributed to the collapse of democracy, the rule of law and fundamental rights in Hungary, making the country a hybrid regime of electoral autocracy,” said Delbos -Corfield. They expressed themselves versus the members of Fidesz, the Hungarian party led by Orbán, together with the European conservative and reformist groups, of which the Brothers of Italy is a member, and Identity and Democracy, to which the League belongs.

It’s nothing. The European Parliament today decided that #Hungary is no longer a #democracy, asking for the activation of Article 7 of the #EU treaties. If the # right in #Italy wins from # 25settembre, what will it do? Will he say the same thing and ask for the same article to be activated?

The reactions in Hungary

The angry comments from some members of the Hungarian government came around the corner: “I consider it an insult against a Hungarian if someone questions Hungary’s democratic capacity,” Foreign Minister Péter Szijjártó told reporters. Today, however, the lunge of Zoltan Kovacs, Secretary of State for Communications and International Relations of Hungary, who on Twitter defined the European sanctions “an invention of the West“.

(1/3) PM Orbán in Belgrade: “Sanctions invented by the West hurt Hungary and Central Europe more than against whom they are applied. We are drifting into a deepening economic crisis and if sanctions were lifted, the situation would improve immediately.”

Officially, the Hungarian government called the decision in Strasbourg “an insult”, underlining that all the governments of Orbán have always been legitimized by democratic elections.

Hungary and rights: a dossier on the European table for some time

It is not the first time that the European Parliament has tackled the issue of the stability of Hungarian democracy. Already in 2013 a first warning was put in black and white in the so-called Tavares Report – from the name of the Portuguese MEP leading the dossier – in which many doubts were raised about the freedom granted by Budapest to the judiciary, the media and ethnic, religious and ethnic minorities. of another type. Five years later, the same procedure was triggered that yesterday found the support of parliament, only to run aground in the Council due to the opposition of some member states.

However, yesterday’s decision remains potentially historic in scope, but we will have to wait to see which positions will prevail in the Commission and the Council. In the meantime, a few days ago, the Orbán government made itself known again for having approved a decree by which, starting from September 15, it is mandatory for health personnel employed in the process of termination of pregnancy to make patients who want to have an abortion heard. heartbeat of the fetus, making the vital functions of the unborn child “clearly recognizable”. Not a sign of relaxation, in short.

Waidy Wow, the smart and sustainable app that is friendly to water and the environment

Sat Sep 17 , 2022
Acea’s app today maps over 50,000 water supply points throughout Italy, promoting responsible water consumption. And launches a new web radio in collaboration with LifeGate. Reducing the use of plastic bottles is simple, all you need is a fresh water bottle always at hand. But where to fill it when […] 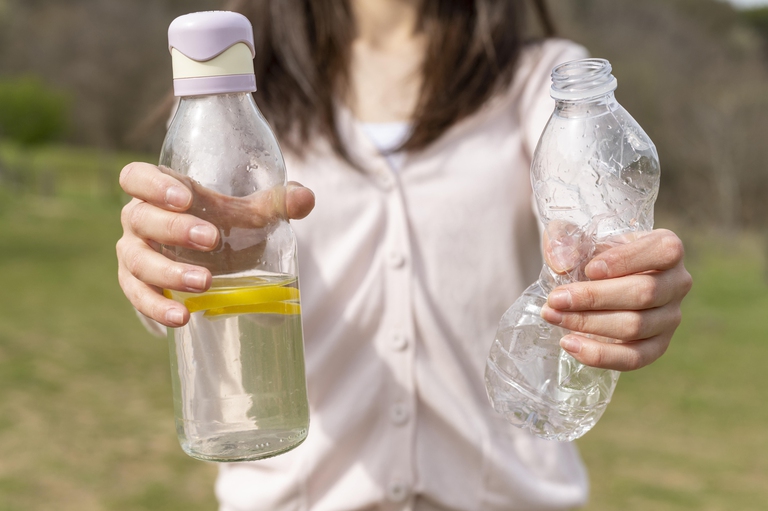