In 2011, Marc Andreessen commented that “Software is eating the world”. At a time when Google, Facebook and Amazon were beginning to dominate their markets.However, Andreessen was not referring only to software companies, his comment was much deeper than, at that time, we could imagine.Internet is changing, it is inevitable and centralization is something that sooner or later will be in the past. In one way or another.

We can’t help but wonder how Web3 will use artificial intelligence. There are three main components to the future, the first and foremost being the blockchain itself. The second would be the Dapps, which are the applications that run on the blockchain, and the third, but not least, would be the protocols.

How Web3 will use artificial intelligence

Let’s start with the most important part of Web3, this would be the blockchain. This is a feature that is fundamental in blockchain, it is the decentralized nature, which means that it is almost impossible to commit fraud in the chain, because the records of each transaction are recorded on different servers.

However, this ability is not absolute and the AI ​​is capable of creating an additional layer of security for the blockchain. This is because AI applications are capable of extracting data at high speed and predicting behavior based on that data. Advanced AI systems will be able to predict fraudulent behavior and stop attacks before they start.

If we go to the case, something similar is already happening. At the beginning of 2022, Elrond Blockchain sought the services of the company Web3 Al Anchain. The idea was to seek help implementing AI-powered web analytics on-chain. In theory, this implementation would be able to help analyze patterns through machine learning and help proactively stop any fraud attempts. Of course, we still don’t know exactly how effective it was, but the very fact that it’s being tried means we’re slowly going to see this more often.

Dapps on the Web3 with artificial intelligence

Figuratively speaking, the AI ​​is likely to eat the Dapps first, which they are already doing. This is something we are seeing in a lot of Dapps these days.

For example, there are already Dapp games on the blockchain that make use of AI. In time, we could see games that would completely change the setting, difficulty level, and missions depending on the mood of the players.

Nor is it something so far in the future. In 2019, Cortex Labs announced that they decided to launch the first AI dApp on their mainnet. This was called Digital Clash, and it was the first dApp to incorporate on-chain execution of machine learning models.

Most strikingly, the Cortex blockchain allows AI developers to upload trained models to the storage layer and developers can make use of these for development.

For that matter, NFTs (up to a point) could be considered good examples of how Web3 could incorporate Dapps and AI. We could eventually have NFTs that change their appearance to reflect the mood of their owners.

In the case of protocols, it is the only part of Web3 that is already being consumed by AI. Smart contracts and DeFi seem ripe for AI-led disruption and this is something that will happen before too long.

It’s also likely that we’ll see AI disruption in lending first. Let’s pretend that an AI can determine the DeFi credit score by reviewing the data online. Let’s imagine for a second that this credit score is remarkably accurate and able to predict certain things, for example: how likely you are to pay off your debt.

This would be a very positive thing, an end to excessive collateral, which is a big problem in many areas, not only in DeFi. Should AI be successfully implemented as a protocol, it would immediately triple the size and potential of DeFi; This is thanks to the fact that it would solve two fundamental problems of traditional financing: intermediaries and collateralization.

When Web3 will use artificial intelligence

We already know how Web3 could make use of artificial intelligence, now it’s time to understand when. The evolution of AI systems is proceeding remarkably fast, and every day more people are creating exciting products on Web3.

However, this does not mean that we know exactly when Web3 will be viable enough to become an absolute protagonist. At the moment, many people are comfortable with certain centralized things and don’t want to make life too complicated for themselves by learning and learning about Web3.

But we must consider that this scenario will not last forever. Security and privacy is an issue that is gaining more and more strength and more people are paying close attention to the fact of leaving so much power in less than centralized companies.

Sun Jul 17 , 2022
Centros Supera continues to talk with the Valencia City Council to resolve the future of the Ayora and Abastos municipal swimming pools (15-7-2022) Centros Supera points to sales growth close to 30% this 2022. The Sidecu gym chain expects to exceed 37 million euros after turning 28 in 2021. The […] 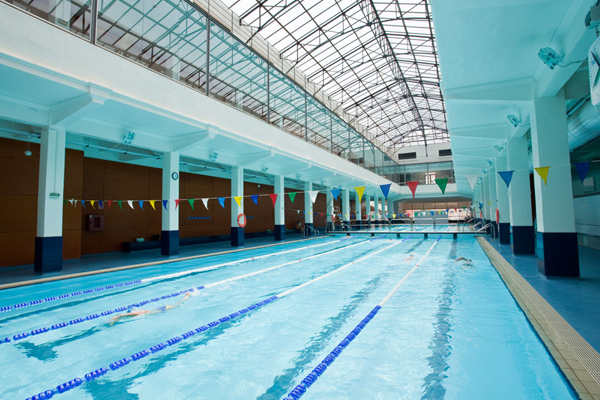