Survival is a game mode in Minecraft that challenges us to start the game without available resourcesThese challenges have their secrets, of course, and we are discovering them over timeIf you want to compete 100% from the start in Minecraft Survival, check these solutions

As its name indicates, Minecraft Survival is a variant of this title in which we have to demonstrate our ability to survive. Y Since in this version of one of the most popular games we start with practically no resources, we are going to teach you how to move and advance in Minecraft Survival.

Of course the general concept is clear, which is based on collecting resources on your own, building some structures, exploring the open world and fighting enemies, but that is not enough for the novice. Whenever you’re giving Minecraft Survival a try for the first time, you’re going to need tips.

And these recommendations make sense, above all, because unlike creative mode, in which players do not have a health or hunger bar, in this mode the player can take damage from the environment and not survive. Having made these clarifications, let’s see some of the actions you should consider to improve your performance.

Suggestions to advance in Minecraft Survival

We have already said it but it is worth repeating: the first thing you have to do is collect resources. Spend your first few minutes of each match collecting food, as it is essential to survival. Additionally, do what you can to collect wood for beds, tables, and even a kitchen.

You have to have a shelter at hand, with your work table and your bed

Have an available shelter and defense system

In the same way, you have to have a shelter close at hand, with your work table and your bed, which provides protection against animals and monsters. Also, this space has to be useful to store those materials such as iron ores, stones and diamonds.relevant to building tools.

In line with the above, you must develop a defense system that protects you from external threats. You can include options like fences or moats, which will prevent enemies from getting close to your position.

In a more advanced stage of the game, in which as players we can dig underground to find resources, we can build a mining system for the extraction of these materials, and their subsequent industrialization.

Secondly, a farm is a structure that allows players to obtain food more efficiently. You have to fence an area with farmland, always around a pond, planting essential foods there, such as potatoes, pumpkins, carrots, etc., which will fill you with energy. A sword is an efficient defense mechanism against hostile mobs.

Master the fighting system and learn how to fight mobs

The most important thing to do in order to survive in Minecraft is to fight against hostile mobs. Of course, to achieve this goal, several issues must be considered, starting with common sense.

Players must create a system to fight against monsters, such as zombies, skeletons, spiders, and others. It would have to be based on facilities such as doors, traps and torches, which hinder their path.

This does not mean that they cannot also be equipped with weapons, such as swords, which will allow them to better defend themselves. A sword is an efficient defense mechanism against hostile mobs. And an armor could also be useful.

Having built your defense system, mastered the fighting mechanics and everything mentioned in the previous paragraphs, you can now get to work in your own village, moving the residents of another to this new location or, eventually, taking control of an existing village, which could save you a lot of effort.

From then on, you must give occupations to the villagers so that they reproduce and generate babies, who will be citizens that will facilitate access to everything you need. That would be the last part of a perfect plan.

What other tricks come to mind to be able to advance in Minecraft Survival?

Compensation of 15,000 euros for the skipper of the sailboat split by the 'Dune'

Sun Jul 10 , 2022
TENACOUS SKATEBOARDERS Jaume Llobet, on the left, and Lluís Burgués, on the right, have satisfactorily assessed the final outcome of the dispute with the ‘Dune’. Llobet has ironically commented that “the French navigator underestimated the fact that skaters are very tenacious when we set out to do something and believed […] 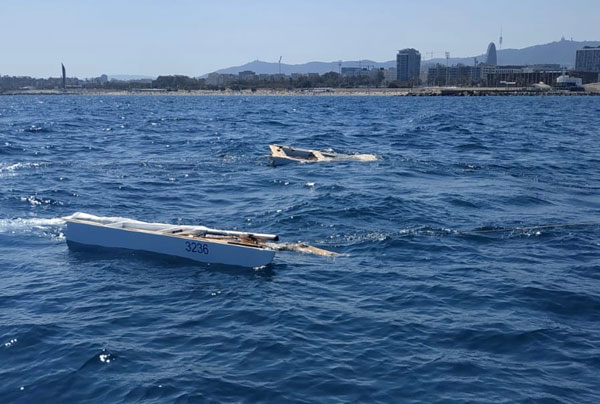