Installing apps other than those that come on your Amazon Fire is one of the best things you can do to improve its performance, accessing features that would otherwise be impossibleOne of the easiest ways to download and install applications on Amazon Fire has to do with taking full advantage of executable files, also known as APKsAPK files can be uploaded to an Amazon Fire in just a few seconds, without

While it is true that both iPads and most Android tablets come with their own stores so that we can download and install applications, it is no less true that those outside these environments can be a bit limited. Without going any further, if you want to give your Amazon tablet another change, taking advantage of some specific apps, in this article we review how to load apps on your amazon fire step by step.

The idea is, as we said before, not to have to limit ourselves to the few applications that Amazon offers us, but to open the doors to other apps that are the same ones that we can install from the App Store such as the Google Play Store, developing a tutorial very similar to it that allows us to install this software on Android TVs.

Is it worth installing third-party apps on an Amazon Fire?

As we said before, this procedure makes a lot of sense because, Although the main apps that we need on a day-to-day basis appear in the Amazon Appstore, such as Netflix, Spotify, Instagram, some are also missing.

For your better understanding: while the Google Play store has more than three million applicationsthe Amazon Appstore has less than a million, even though not all Android apps are supported.

The test installation is the method we have for installing apps that do not have to belong to the Amazon Appstore, and that we are going to be downloading from an external application store. Evidently, this support is made possible because Amazon Fire also runs an Android operating system.

Outside of that, one thing you need to know about trial apps is that you won’t be able to receive automatic updates from them. you have to take care of updating them yourself. Explained in another way: you will have to download each one of the versions as they come out on the market, or when you consider that the one you have installed is already old, and it could be a security problem.

Lastly, the warning: sideloading is disabled by default for a reason. The Amazon Appstore has security protocols in place to ensure that the apps and games we download are completely safe. By activating this feature, we take care of everything that happens after.

That said, we always recommend downloading APKs from trusted sources like APKMirror.

How to install APKs on an Amazon Fire?

Well, the time has come when you will learn how to install APKs on your Amazon Fire in a few simple steps. First of all, you have to get the APK, and then carry out a series of very simple procedures.

Download the APK of the application that interests you from APKMirror in your browserOnce the APK has been downloaded, press Open in the message that will appear on the screenA pop-up message will ask you if you want to confirm the “Install unknown applications”You must go to Settings of your tablet to be able to allow the installation of the APKWhen you have allowed it with the «Allow from this source» switch, press Install in the APKThe executable will take a few seconds, until it is added to the Home screen of your Amazon Fire

As you would have noticed, no previous knowledge is required, nor waste too much time Nothing like that. Just a few seconds after choosing the application, you will be testing it on your Amazon Fire.

Yes indeed, always make sure you trust the source of the APK. And remember that some apps installed this way might not be fully compatible with your Amazon Fire, and show issues.

Have you been able to load single apps on your Amazon Fire with this trick we just showed you?

If you are going to install a lot of apps, it is probably best to download the Play Store on your Amazon Fire. 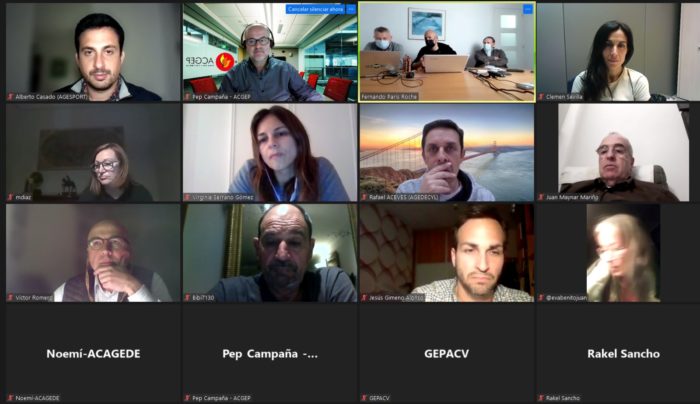