There are a number of classic issues that seem to repeat themselves on computers running AndroidGoogle claims that it works on correcting certain inconsistencies in its OS, but several are still there after many years, and the best thing is to learn what you can do to solve them

Statistics indicate that mobile devices with Google’s operating system are the vast majority. Approximately 9 out of 10 that are sold and used in the world have Android, for 10% of iOS. Obviously, this popularity and its very open nature means that there may be some drawbacks. Given this reality, in the following article we are going to show you how to solve some of the most common errors and bugs in Android, a small guide that you should always keep in mind,

Of course, it is more common for these obstacles to a good user experience to appear, especially after we have been with them for a few years, so the best thing you can do is change your device every two or three years. That said, there are certain tricks that could get you out of trouble at the worst time.

Basic Android errors and how to fix them

Androids in general, but Samsungs in particular, have a very specific bug related to WiFi networks. Everything indicates that they disconnect without an apparent reason or reason, and in situations in which they should not do so. Fortunately, there is a set of steps you can try, to see if you manage to reverse the error:

Check the WiFi connectionRestart the router, just in caseRestart your smartphone, just in caseTurn Airplane Mode on and after a few seconds turn it offReset network settings or choose to forget the WiFi network and reconnect

Mobile does not charge the battery well

That your smartphone does not charge the battery, or that it charges too slowly, is one of the most annoying things that can happen to any user. It is best to try the following, in this same order:

Restart the deviceClean the dust accumulated in the portsIf your equipment is old, change the battery for a new oneChange the charging cables, chargers and plugs, making sure they are originalCharge the device while it is turned off, instead of running applications while leaving it plugged in

Mobile does not recognize the SIM

It is no longer so common that we have messages warning that the terminal does not accept the SIM card, but it still happens. Sadly, until it is repaired it will be unusable, because we will not be able to make calls or send messages.

If the smartphone in question rejects a new SIM card, you should proceed as follows:

Check the signal of the phone, which should be disabled Activate and deactivate the airplane mode of the terminal Check the status of the slot dedicated to the SIM Place the same SIM in another device, or another SIM in the same device Update the product software to the latest stable version available exist for this

If the problem persists, it is best to contact your mobile provider for a response. Overheating in technology is nothing new, but in general you shouldn’t have to worry. When you charge your phone, don’t use heavy applications, and that has to be enough to keep it warm.

The latest Androids come equipped with alert systemswhich indicate if they are too overheated, recommending that you let it rest for a few moments, until the core cools down a bit.

In any case, there are behaviors or behaviors with which you can try your luckto rule out failures:

Do not use your smartphone while it is chargingWhen charging it, always use an original charger and connection cableTurn off your network connections when you are not using them, to preserve batteryDo not use the device in very hot environments, such as those that are overheated on purposeWhenever there is new operating system versions, take care to download and install them very soon

If none of the above works, you cannot be with your overheated phone, so it will be advisable to go immediately to an official service, to claim the warranty or at least have it fixed as soon as possible.

The above are some of the most common errors in Android, and how to fix any of them. Our idea is that you can get out of trouble, although you will probably need a definitive solution later.

Have you been able to solve the main common failures in Android with these tutorials?

Adidas sues Nike for considering that it uses its patents

Mon Jun 13 , 2022
As a result of its innovation strategies, Adidas maintains that it would have more than 800 patents, including those for technology incorporated in its various applications, and that, according to the complaint, Nike would be infringing through its Nike Run Club and Training Club applications, SNKRS and Nike Adapt. (13-6-2022). […] 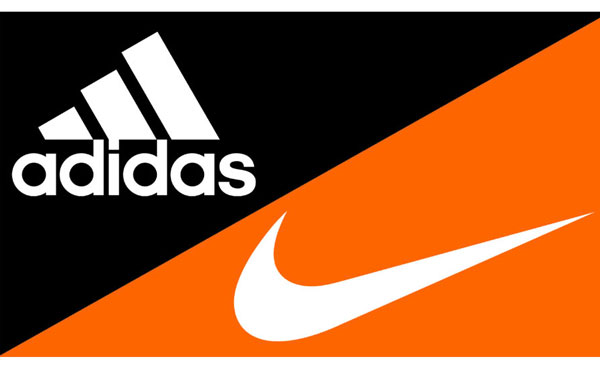