Although many users of Amazon Echo devices do not know it, you can change the activation name of Alexa to personalize the experience of using this voice assistant a little.Amazon is not too adventurous and only allows us to choose between Alexa, Echo and Amazon to call you, but that is enough to configure one or more of these assistants at home

We have talked a lot in recent times about voice assistants, the two most recognized being both Alexa and Google Assistant. In this case we want to focus on the first of them, especially regarding its customization. Indeed, If you are tired of having to activate the smart speakers with their default name, in the following lines you will discover how to change the name of Alexa easily.

It is that home automation has many advantages but also some limitations of a still incipient technology, of which we are just beginning to discover its potential, and that will accompany us in the future.

In Alexa, one of the main complaints from users on social networks and forums has to do with what they consider the impossibility of changing the name with which they have to activate the service, which is none other than that of Amazon’s own assistant. However, really it is possible to modify the activation phrase of Alexa. Now, you will not be able to configure it with any name you want, either, as we will see next.

Of course, it goes without saying that this tutorial makes sense on Amazon Echo devices, which have Alexa.

In the first instance, it is only necessary to name the Alexa assistant so that it is attentive to our voice. It will immediately be activated, and It will seem a bit strange at first, but you will soon get used to it.. You can ask Amazon’s voice assistant to do everything for you, especially in sync with various other smart devices that we may have scattered around the house.

Beyond that, we return to the beginning and it is that we will be forced to activate the devices with “Alexa”. For starters, these teams will not respond to any other calls you make, and the magic phrase for them to listen to will be related to their original name. But, as we mentioned, it is possible to change that name.

What other names can the Amazon Echo have?

The thing is, it’s not all good news because, unfortunately, we can choose between three options predefined by Amazon itself when giving the team a new name. Two, actually, plus Alexa. You can then keep its original denomination, or opt for the others; echo and amazon.

Undoubtedly, the people of Amazon have not pulled originality in this regard, and although this allows a slight customization of the experience with Alexa, the truth is that we would like to be able to give it many other names.

Why is Alexa’s name so little customizable?

Well, the answer is that Alexa’s name can be rather slightly customized, and there are only three alternatives. You are probably wondering why these restrictions exist, and there are some explanations.

This is due to the artificial intelligence of this voice assistant, for which Amazon engineers will surely they prefer to have three trigger words that work well, not tens that work poorly. A day will come, sooner rather than later, when we can give Alea whatever name we want.

Still, even if they have that capability, they may still deny it to us to bolster the commercial presence of particular words, like Amazon, Echo, and Alexa. We’ll see what happens then. How to change the Alexa wake word on your Echo speaker?

To choose one of the words available in the system, just follow these simple steps:

Can I have different wake words on my Echos?

Beyond that, switching between the words has no more use than getting comfortable choosing one of them.

Fri Apr 1 , 2022
Thanks to the agreement between Decathlon and the Madrid Tennis Federation, aid will be provided to promote tennis and amateur tournaments, with an amount of 300 euros for all the Madrid clubs that organize them, exchangeable for sports equipment in Decathlon stores. In addition, a specific “Club” space will be […] 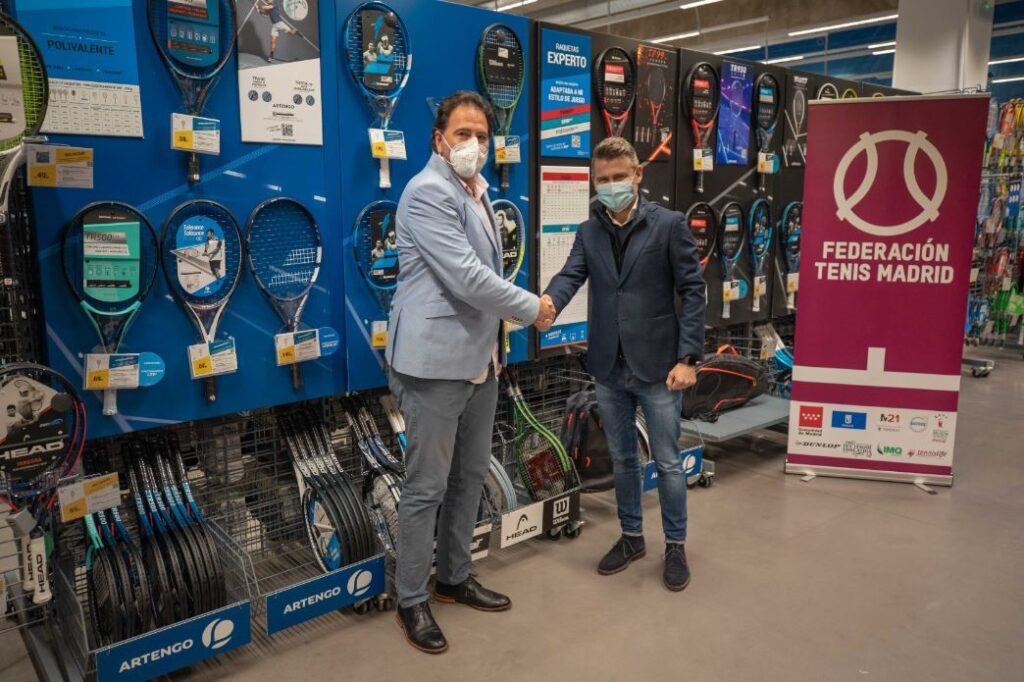