For a long time, pundits talked excitedly about the rapid, V-shaped recovery. I never shared this view, finding it too optimistic and without a basis in reality. Like Jeff Goldblum in Jurassic Park, I hate being right all the time, but it really seems that I was right about this issue. According to the July World Flash report by IHS Markit, we can read that “the new wave of infections has reduced the probability of a V-shaped cycle (…) and increased the risk of a double-dip recession (W-shaped cycle).”

The problem is the rising number of Covid-19 infections in large economies such as Brazil, India, or the United States, as the chart below shows (there is also the resurgence in cases in other countries, such as Australia or Japan, although the absolute numbers of infections are smaller).

In particular, the second wave of infections in America is especially disturbing, as the U.S. economy accounts for about a quarter of the world’s GDP. Given that when the U.S. sneezes, the world catches a cold, just think what could happen when it suffers from Covid-19! You see, American consumers remain cautious and reduce their social activity and spending. The states are also reimposing social distancing measures and sanitary restrictions which will additionally hamper the pace of economic recovery in the short-term.

Last but not least, the uncertain epidemiological and economic situation put many firms in a survival mode. Without confidence in future profitability, companies reduced radically their investment spending. Importantly, business owners remain cautious not only in the U.S. where the number of infections is rising but also in China, where the epidemic is less contained, which suggests that the pandemic will leave lasting scars on the American economy, even if the second wave goes away.

And it goes away for sure. As companies test their workers and states finally mandated the wearing of masks and extended or reintroduced social distancing measures, the trend in the number of daily new infections of coronavirus may change within weeks. So, without the new Great Lockdown and with better social distancing measures and overall preparation to handle the epidemic, the second dip in the possible W-shaped recession would not be anywhere near as severe as the first crash. In other words, the worst is probably behind us, at least unless a financial crisis breaks out.

What does it all mean for the gold market? Well, the fragile, W-shaped recovery is, of course, a better scenario for gold than a quick, V-shaped recovery. It means slower economic growth and longer recession, which would force central banks and governments to expand and extend their dovish stance and to provide the economy with additional rounds of the stimulus. Music to gold’s ears!

Sure, the worst is probably behind us. The improved virus management measures mean that we can contain the second wave of infection without the necessity of introducing widespread lockdowns. And the health systems expand testing while encouraging news on the drugs and vaccines will probably keep pouring in, maintaining – together with the massive liquidity provided eagerly by the Fed – the optimism in the financial markets. It could support risky assets, putting downward pressure on safe havens such as gold.

However, the yellow metal may shine even if the second wave is quickly contained while the second leg of the recession is much shorter. After all, although the economy might have already bottomed out, it will not return to the pre-epidemic level until 2022. Hence, forget about the V-shaped rebound – the economic recovery could look more like W or like Nike’s swoosh (after an initial vivid rebound due to the low base, the recovery will be slow over the next few quarters). In any case, it could be rather a long and bumpy road with several downside risks. In particular, when firms exhaust their cash buffers, bankruptcies will become more common. It will be a big test for the financial sector.

Although banks seem to be well-prepared, it might turn out to be an illusion when the black swan lands. It is worth remembering that the crisis will substantially increase the volume of banks’ non-performing loans, and that not all banks will cope with the digitalization of the sector and with the competition from the fintech. Moreover, the true impact of the pandemic will not be seen until all the economic stimuli end. So far, everything seems to be under control, but all this liquidity pumped to the financial system by the Fed and Treasury, could cover cracks in the financial system. If they are revealed, gold may get an additional boost. However, even without the next crisis, the yellow metal should thrive in the current macroeconomic environment of dovish central banks, low real interest rates, high public debts, and uncertain economic outlook.

Thank you for reading today’s free analysis. We hope you enjoyed it. If so, we would like to invite you to sign up for our free gold newsletter.  Once you sign up, you’ll also get the 7-day no-obligation trial of all our premium gold services, including our Gold & Silver Trading Alerts. Sign up today!

Bubble Inventory 2013 - everything you want to know

Tue Aug 11 , 2020
Inventory tracking is an essential function that is carried out by the sector which offers physical products to its customers. The inventory manager records details about customers, stock of the company’s offered product creates sales order and invoice, and many other similar kinds of work that helps in the proper […] 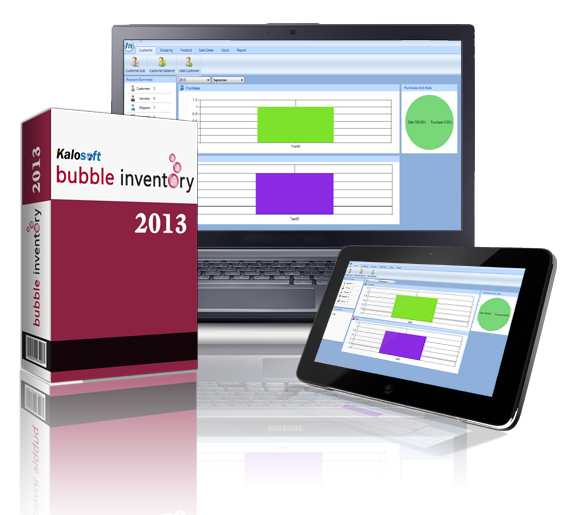