The President of the Republic, Gabriel Boric, together with Minister Carlos Montes, announced the plan that seeks to address with a sense of urgency the housing demand in Chile of nearly 650,000 homes in the next four years.

Santiago de Chile.- The President of the Republic, Gabriel Boric, together with the Minister of Housing and Urban Planning, Carlos Montes, and the Undersecretary of the Ministry, Tatiana Rojas, presented this afternoon the “Housing Emergency Plan”, a strategy developed by the Minvu to address urgently the housing deficit that our country presents and that is part of the new Social and Urban Integration Law, approved by Congress last March. Among its main objectives is to recover the central role of the State in housing planning and management, along with delivering 260,000 homes during the government period, which would cover at least 40% of the identified housing need.

Regarding the relevance of this plan, President Boric stressed that “this Housing Emergency Plan must be seen as a State policy, this is not something that one government or another can simply boast about because it will continue beyond us ” and added that “it is time for us to unfold towards solutions, not replacing but with the residents, with the workers, with the private and public sectors hand in hand to solve this great challenge that we have set ourselves. as a government”.

For his part, Minister Carlos Montes pointed out that “this Plan seeks to be a way to strengthen different instruments, the right to decent housing with clear options, such as the gender approach, decentralization, participation, planning and public association. private”. Likewise, he added that “we deeply appreciate that the right to decent housing and the right to the city are proposed in the new Constitution. It is another way of understanding society. However, we cannot wait for them to be consecrated to act in the face of reality, we have to do it now. It is our conviction that it is a moral minimum for a free and democratic people”.

Meanwhile, Undersecretary Tatiana Rojas indicated that “the Housing Emergency Plan has been a job that we have developed organized and collaboratively with the ministerial teams and especially also a joint effort with the regions. What we have done is reflect together based on the national and regional deficit and also analyzing each of the communes. The importance of working with the regions has to do with making it an appropriate intervention and planning because the idea is that in the subsequent implementation of this Plan we can also make sense of the communities themselves, who are going to be the recipients of the entire process” .

Among the keys of the Housing Emergency Plan, which also seeks to fulfill the main mission that President Boric entrusted to the Minvu of advancing in overcoming inequalities in terms of access to quality housing, include:

Recover the role of the State in housing planning and management Deliver 260,000 homes during the government period Promote projects in all the country’s communes and ensure social facilities Strengthen the Public Land Bank Diversify forms of access to housing, such as self-management , cooperatives and the promotion of rent at a fair price More direct relationships with citizens and local governments More efficient, modern and sustainable housing production processes

In addition, it seeks to respond to more recent phenomena in the demand for housing and in the ways of life of Chilean men and women, such as housing mobility or the high price of leases, diversifying the modalities of access to housing and its type of tenure, including measures to respond to allegation, overcrowding, isolation, encampment, need for care and prolonged waiting for delivery of housing in the case of committees. The approaches of regional governments and municipalities were also considered in its preparation, which ensures the relevance of the objectives set.

Likewise, the Housing Emergency Plan defines annual objectives and goals by region and commune, along with establishing mechanisms for monitoring and evaluating its progress, which will be periodically reported to Congress.

Regarding the planning of the urban-housing policies that are contained in the Plan, Minister Montes pointed out that “the role of the State is irreplaceable and we confirm this every time we see the price of land in large metropolitan areas and speculation on the which is subjected Here we need, in order to build social housing, determination and political will because precariousness and segregation harm our coexistence”. Likewise, he pointed out that, although the Housing Emergency Plan addresses in an important way the need for housing in Chile, he indicated that “this response will not be able to reach all people, from one day to the next that is not possible, but we can work on this task starting today and trace a path along which we will move forward”.

Regarding its implementation, it is established as a priority to improve and deepen the articulation between the State agencies and the different sectors of society to work together in the fulfillment of the established goals. In particular, the Minvu will be in charge of coordinating with the other state administration bodies, including municipalities and regional governments, to speed up processing times and improve the effectiveness of their actions, and with private agencies, among others, services sanitary, electrical and gas to give priority in the processing processes.

As for the nearly 80,000 families that live in camp situations, the plan includes measures specifically aimed at them, through the “Building Neighborhoods” program, which will intervene in 300 camps or irregular urban settlements that are in sanitation process, that is, they will be regularized and urbanized, benefiting a total of about 25,000 families.

Housing demand and goals by region

The projected housing demand in Chile to 2022, according to Minvu estimates based on data from the 2017 Census and families living in camps, which today reaches about 80,000, amounts to 643,534 units. Thanks to the Plan, it will be possible to cover at least 40% of the need for housing, which is mainly concentrated in the Metropolitan regions (with an estimated 40% deficit at the national level), followed by Valparaíso and Biobío.

Puma brings together its ambassadors, Momo González and Magnus Carlsen

Sat Jul 16 , 2022
Professional padel player Jerónimo ‘Momo’ González (on the right in the image) and world chess champion Magnus Carlsen (on the left) challenge themselves by entering each other’s world. (7-15-2022). Paddle tennis and chess have met thanks to Puma in an interview between two of his elite athletes. Brand ambassadors Momo […] 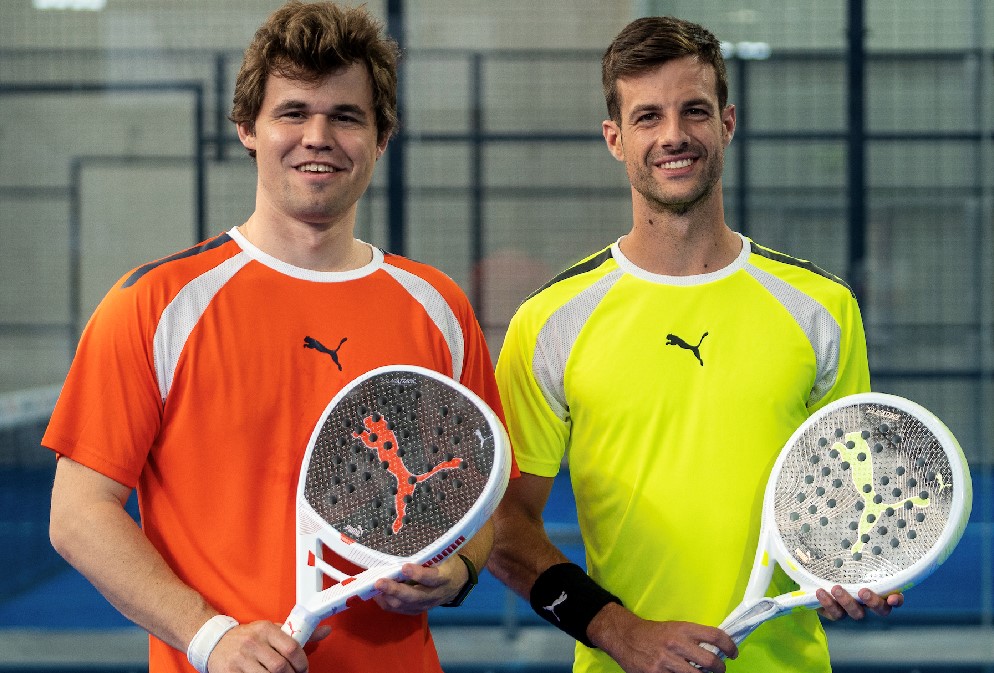