(26-7-2022). The Spanish subsidiary of the Hi Tec brand managed in 2021 to change the trend of the evolution of its turnover. After two consecutive years of falling sales figures, in 2021 it managed to complete a comeback exercise, billing 4.37 million euros.

The 4.37 million euros invoiced, according to the commercial registry, by Hi Tec Sports Spain represented a growth of 14%, in relation to the 3.82 million euros that it turned over in 2020. After reaching its maximum of the last five years in 2018 , when it reached a sales figure of 5.01 million euros, both in 2019 and in 2020, the company followed an involutionary trend in its billing.

The figures are in euros. SOURCE: Elaborated by cmdsport based on information extracted from the Mercantile Registry.

Despite this evolution of its turnover, Hi Tec Sports Spain achieved its highest profit figure after taxes in the last five years in 2021. These exceeded, according to the commercial register, 112,000 euros. Not since 2017 has the company reached that profit after tax figure.

The magnitude of these, in addition, allowed it to more than compensate for the losses it registered in 2020.

Tue Jul 26 , 2022
Truss and Sunak showed great vehemence at various points in the debate. /Jacob King/REUTERS Sunak also compete until September 5 to be the new leader of the Conservative Party Liz Truss and Rishi Sunak, candidates to succeed Boris Johnson, held a heated debate on Monday night before the BBC cameras […] 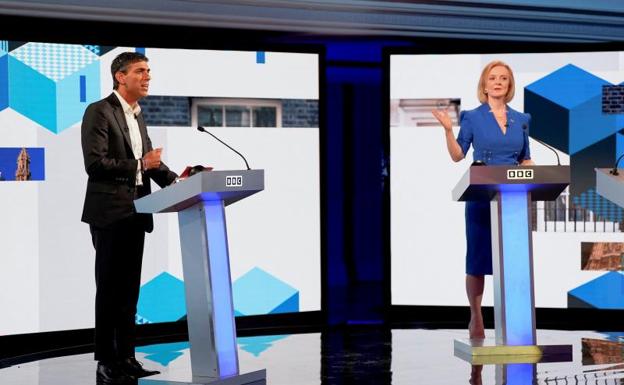