(22-9-2022). Inflation and especially high energy costs would be leading the sector to postpone its recovery of income until 2023 and profitability until 2024 and 2025. The sector points to a rise in income motivated by an increase in prices and in scheduled fitness practitioners.

Spanish fitness postpones its recovery. A return to pre-pandemic levels that would also take place in two phases and that would last until 2025.

This is how most operators in the sector estimate it, who seem to abandon the initial idea of ​​returning to the income levels of before March 2020 during this second half of the year, going on to swell the list of cautious who placed this reality in the next 2023.

More time will be necessary for fitness businesses to recover their pre-Covid profitability, which, in an inflationary context, more than half (60%) place their return to profits by 2024 at the earliest, while 21.1% still extend plus the view until 2025.

This is one of the main conclusions of the Perspectives Report on the Fitness Market in Spain, prepared by the consulting firm DBO, based on the opinions of the managers of the main operators in the Spanish fitness market. A market made up of around 3,900 gyms that, in aggregate, invoiced 825 million euros in the past 2021.

The main reason for these conservative predictions is the current inflationary situation and the impact that this has on the profitability of fitness businesses. Cost control is presented as a challenge for companies due to the upward volatility of energy prices, materials, personnel and rentals, leading four out of 10 companies to admit that currently their main concern is to make their activity profitable in this context.

With inflation skyrocketing, there is practically total unanimity in the sector (9 out of 10) when it comes to anticipating that the sector will have to raise prices. A conviction that has gained strength especially this year if the opinions collected in the past 2021 are taken into account in which 47% of the managers surveyed expected that prices would remain stable, while 3% ventured to predict a drop in prices. To date, only 10.5% of panelists would consider it plausible that prices remain stable.

However, there is a certain disparity between what managers believe will happen in the sector and what they propose for their own company. And it is that 73.7% of the companies point to a price increase so as not to compromise their viability, compared to the 27.7% that proposed a price increase a year ago. At that time, 72% defended price stabilization with more services, an option that only 23.7% of the panelists now accept. Now, 39.5% of managers are in favor of raising prices by offering more services, while a third advocate raising the fee without offering more. Only 2.6% defend a rate reduction.

All in all, it is expected that this price increase will not have a negative impact on the influx of customers to sports facilities, who will continue to attend despite the crisis and its impact on purchasing power.

In fact, a large majority of operators believe that sports practice will continue to increase in Spain and that this will result in greater penetration for Spanish gyms. Specifically, 81.6% of professionals predict that attendance at sports facilities will increase in the medium term.

Regarding which segments and types of businesses will benefit most from this situation, more than half of the sector is convinced that the process of mergers and acquisitions that had been taking place in the fitness industry will continue its course and will be favored by the economic situation , which will cause many independent gyms to be unable to continue. This will generate inorganic growth opportunities for large operators moving towards greater market concentration.

By models, the boutique segment is expected to be the most favored out of the current situation, followed by concession sports centers and the premium segment.

A process of concentration that coexists with an expansive desire on the part of the majority of the market. In fact, 78.9% of fitness companies plan to open gyms in 2023, and of these, 10.5% have set out to launch more than 10 clubs. The majority, 52.6%, plan to launch between one and four facilities, while 15.8% of the operators would be working to add between five and ten gyms during the next year.

Asked about the evolution of the fitness business, most operators point to a greater influence of digitization understood as monitoring and personalization of the offer, followed by outdoor activities and the integration of other segments of the health sector.

Instead, the online fever would deflate, in its online training and home fitness modalities, which would be losing strength as society returns to normal life. However, the omnichannel service is maintained, although not for long, since there are already 31% of operators who believe that the volume of customers of this service will fall.

In fact, companies like Peloton or Tonal, focused on home fitness, are in the midst of a global restructuring phase to resize themselves after growing on a large scale during confinement, a rate that they have not been able to maintain over time.

Within the European sphere, it is estimated that Spanish fitness is the fourth largest market by business and customers, behind the United Kingdom, Germany and France, and ahead of Italy.

It is precisely these two countries where Spanish operators are trying to grow. Without going any further, Metropolitan, taking advantage of the little competition that exists from premium clubs in the Gallic market, while in Italy the concession segment is not as developed and there is room to grow.

In the case of Germany, the industry is led by the low cost McFit and CleverFit, while in the United Kingdom there is a dichotomy between the low cost giants, with PureGym and The Gym, and the premium David Lloyd and Virgin Active. In the middle segment is Nuffield Health, which in addition to managing hospitals has 114 gyms. Mid-range and high-end chains account for 21% of the market by number of centers, although low-cost chains were the ones that grew the most between 2012 and 2017, with a rise of 34.3%.

Can you choose how much you want to grow? | ROI Hunters #148

Thu Sep 22 , 2022
Do you believe it is possible to choose how much a business can grow? Regardless of having digital marketing strategies, both in online and offline businesses, when we talk about the growth of a company it is important to keep in mind that nothing happens by chance. Therefore, in episode […] 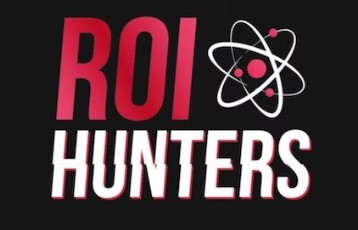