The golden ratio It has fascinated mathematicians, painters and sculptors for hundreds of years. We find her present in mathematics, nature, architecture, painting and photography; and her name implies beauty, balance and harmony.

Through a series of mathematical calculations based on a numerical series, the parameters of these visually pleasing proportions are established and applied since ancient times in all kinds of elements that aspired to formal perfection.

From the Parthenon to a photograph that follows the famous rule of thirds, a conch shell or the petals of a sunflower, the golden ratio is present in many things that surround us.

What is the golden ratio? 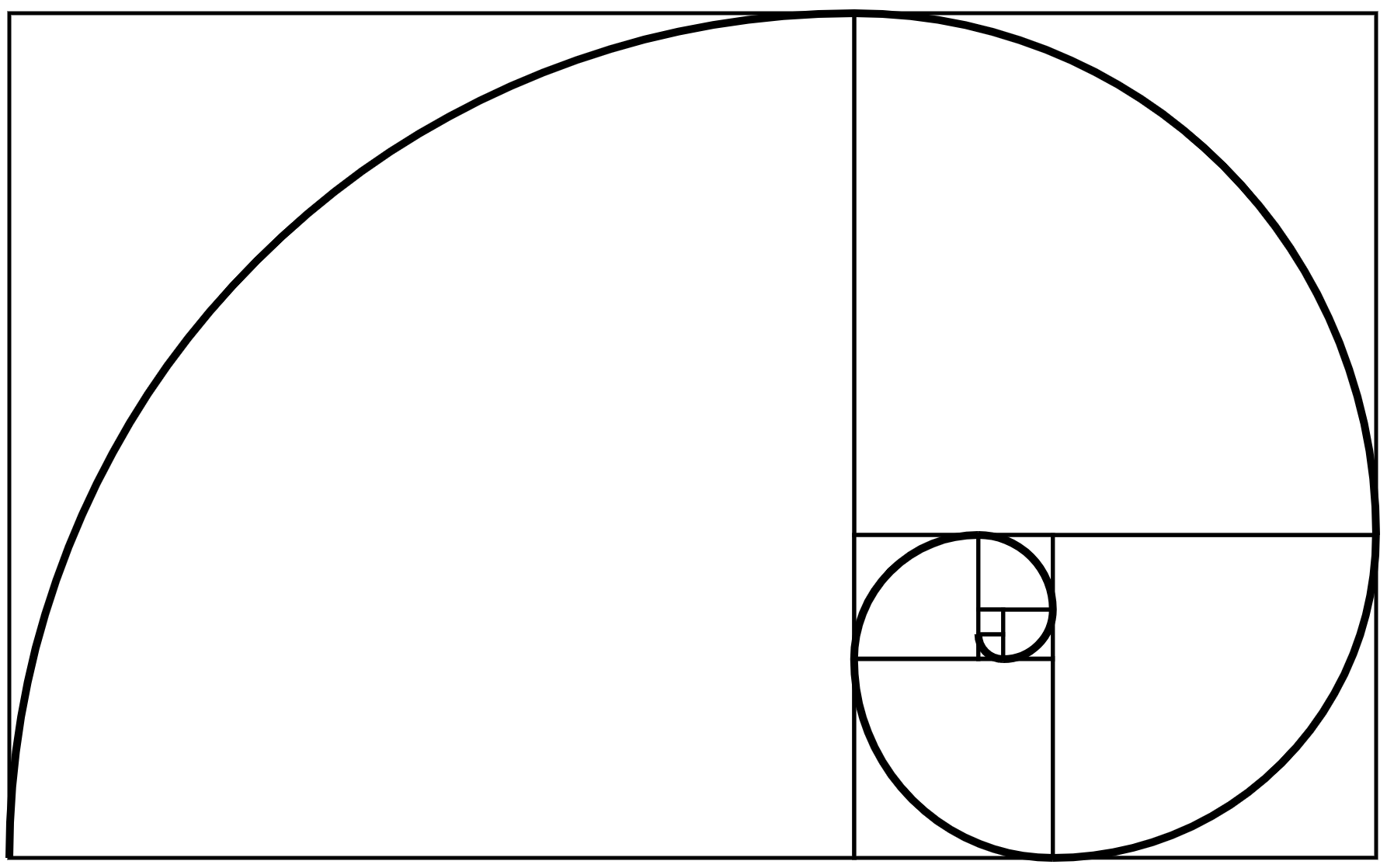 The golden ratio is generated through a numerical series known as the Fibonacci Sequence (or series).

Fibonacci, also known as Leonardo de Pisa, was the famous mathematician who introduced Arabic numerals in the West (until now the Roman numerals were used) and who unveiled the infinite numerical succession whose proportions approximate the golden number.

What is the Fibonacci series?

If we divide each number of the Fibonacci series with the previous one, this value approaches the golden number or Phi number, whose value is 1.68033988749894…

What is the golden number?

The golden ratio is an irrational algebraic number. (its decimal representation is infinite and has no period) and is obtained from the relationship or proportion between two segments of a straight line, that is, from a geometric construction.

The golden number (or Phi number) was discovered in ancient times and has many interesting properties, since this ratio is found both in arithmetic figures and in nature. He has also often been associated with the divine.

In the following video you have it perfectly explained:

The golden spiral or Fibonacci spiral

At a visual level, if we apply the Fibonacci series to a rectangle, we obtain a spiral with proportions like the following: 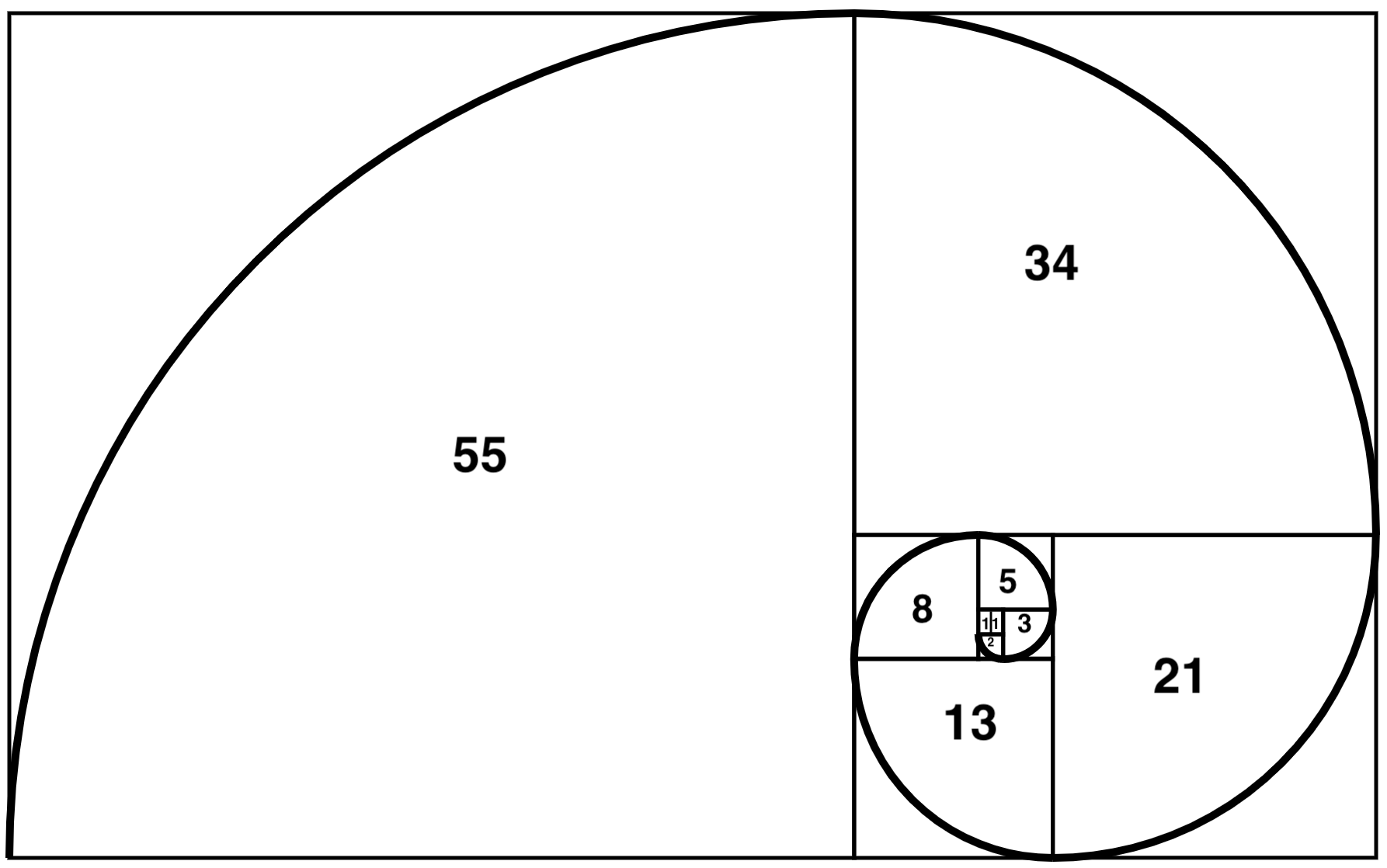 If you look closely, you will see that the golden spiral is a more complex version of the rule of thirds that is applied in painting and photography.

The golden ratio has fascinated all kinds of artistic or mathematical profiles for hundreds of years. Its proportions have been found in numerous natural elements, associated with perfection and the divine, it has been applied in architectural works, sculpture and painting.

Let’s see some examples where we can find these proportions linked to the golden number or number of gold.

The golden ratio in nature

This golden ratio is very present in nature. It is especially curious, for example, to analyze the petals of a sunflower, where the Fibonacci series repeats itself perfectly.

In sunflowers, the first row of petals can contain 21, 34, 55 or 89 petals, with the second row corresponding to another 34, 55, 89 or 144. All are numbers and proportions that agree with the Fibonacci series or golden ratio.

And not only in sunflowers do we find this pattern, but also in the petals of different flowers (there are flowers with 3, 5 and 8 petals and also with 13, 21, 34, 55, 89 and 144), in the distribution of the leaves in a stem, in the relationship between the ribs of the leaves of trees, in the number of spirals of a pineapple, in the structure of hurricanes, in the relationship between the distance between the spirals inside a snail, in the arrangement of galaxies etc. 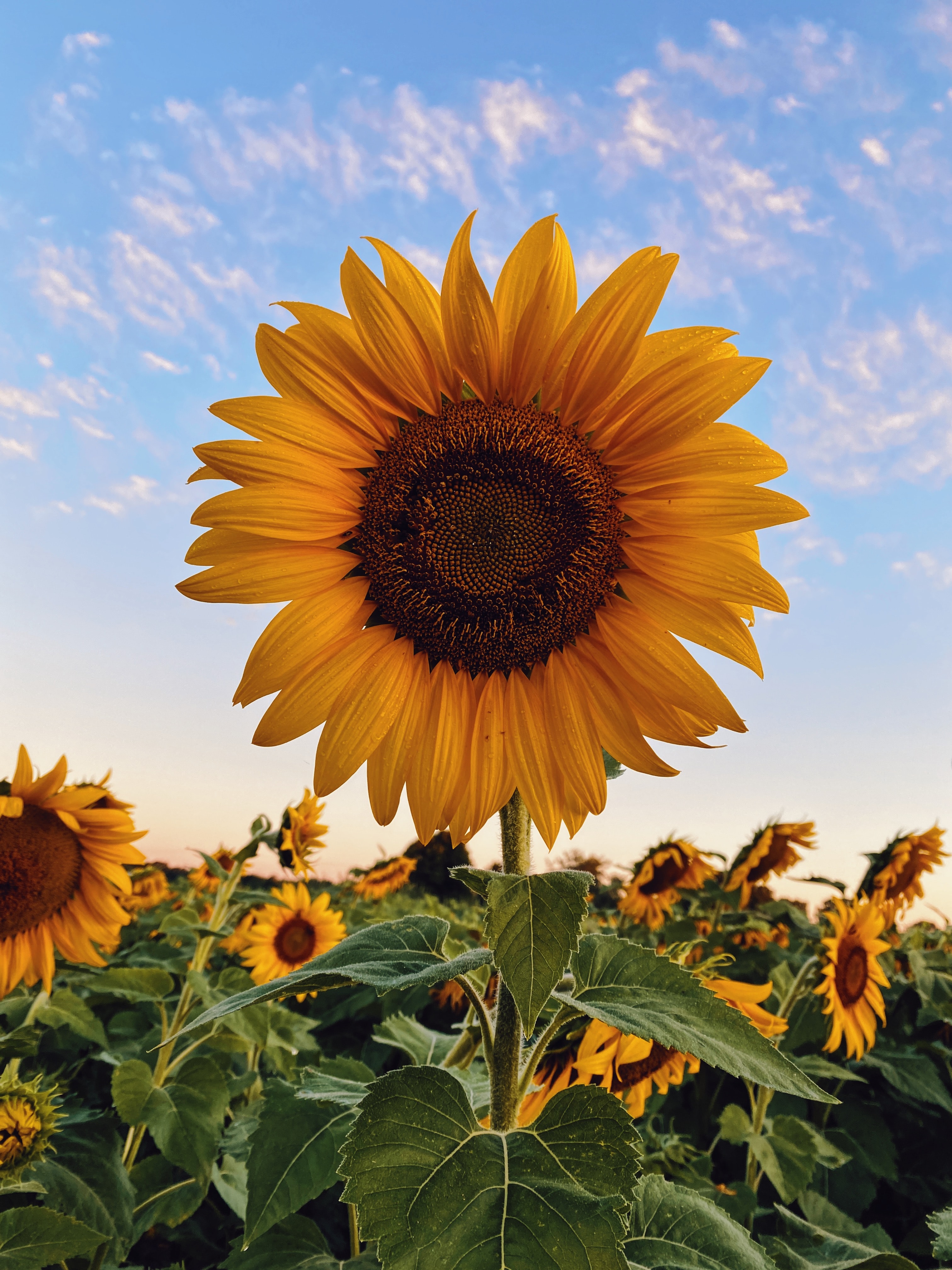 The golden ratio in the human body

The search for the perfect proportions in the human body is something habitual in history. Perhaps one of the most iconic studies of proportions is the one that Leonardo da Vinci made in his famous “Vitruvian Man”.

If you look at an ear, for example, you will see that it perfectly complies with the spiral of the Fibonacci series. 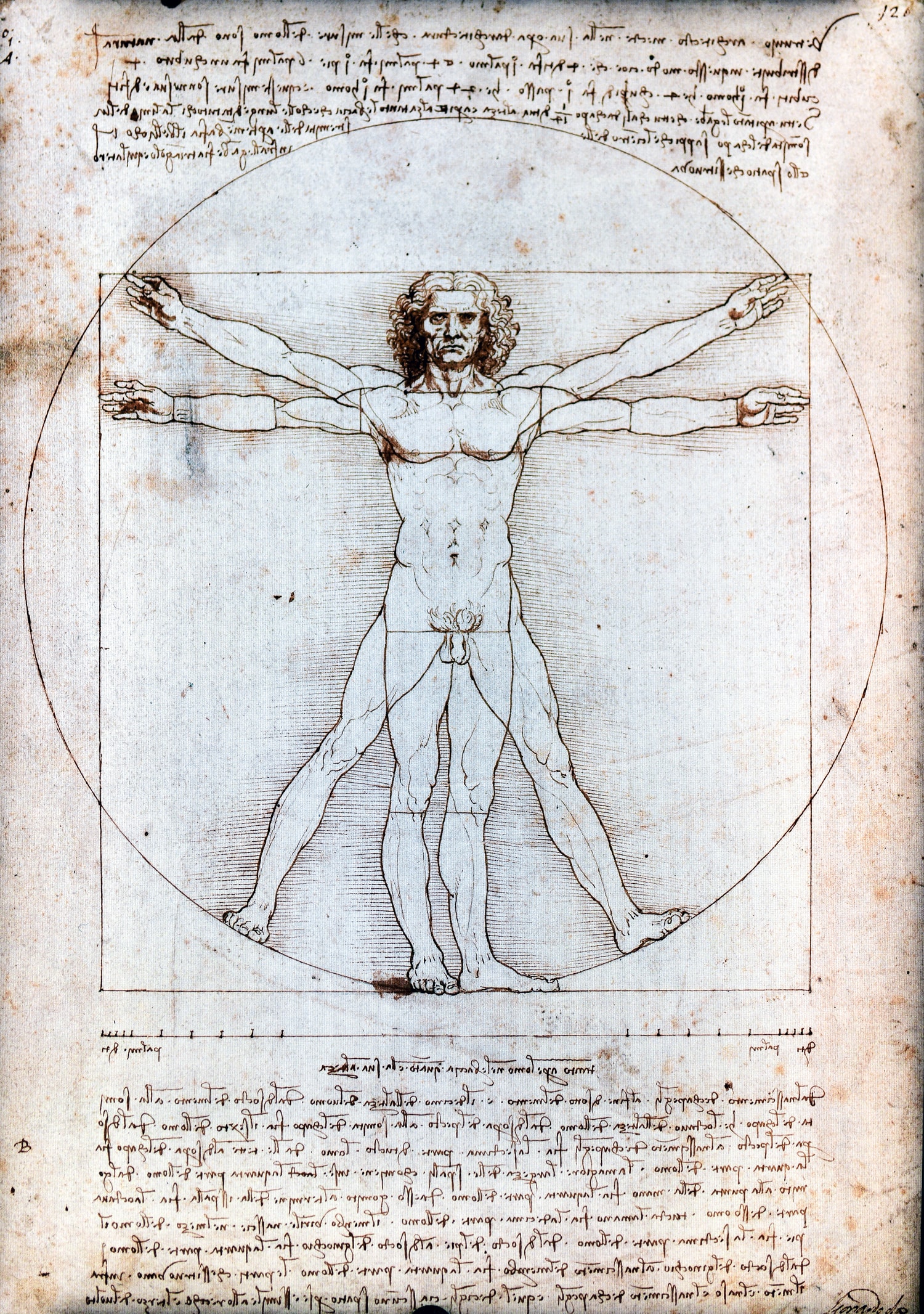 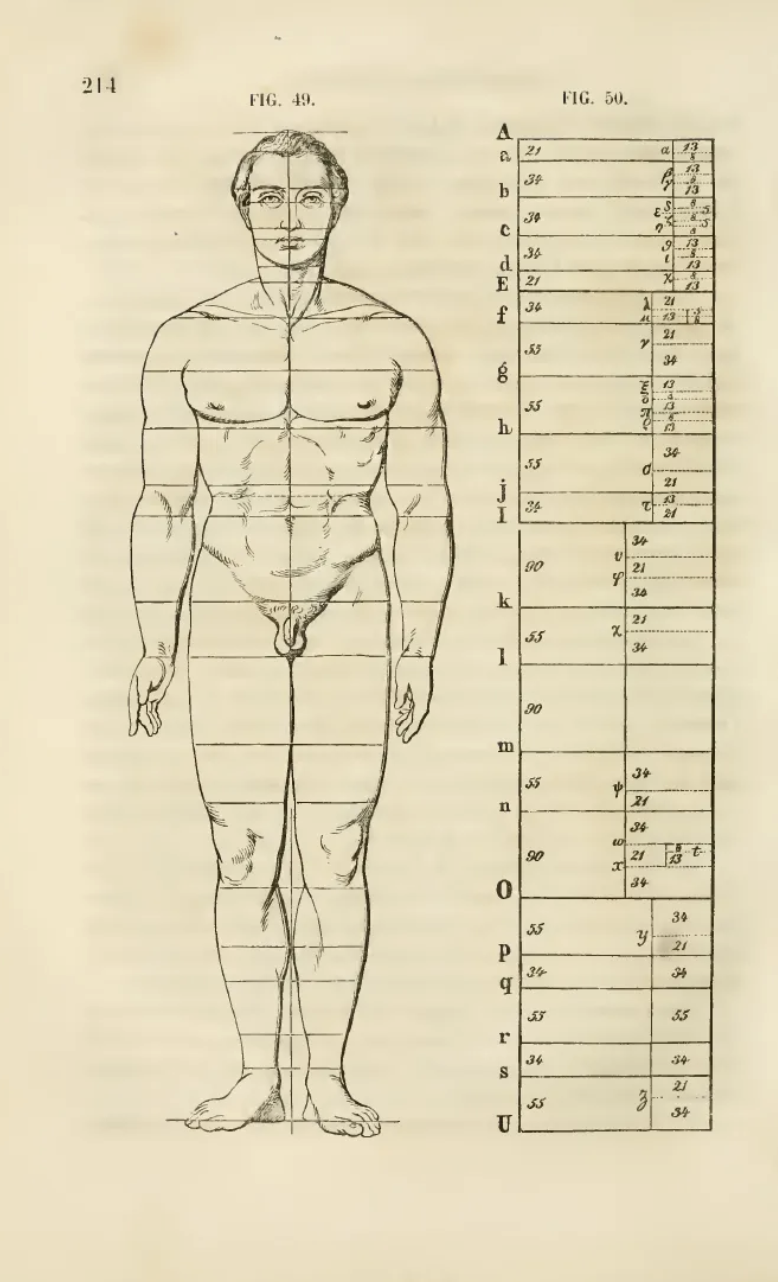 Study of proportions by Adolf Zeising

The golden ratio in art

The properties of the golden number or the golden ratio have been exploited in all branches of art since ancient times due to their aesthetic character and their relationship with the beautiful, the mystical or the divine.

Pictorial works such as La Gioconda or the Last Supper; of the great Leonardo da Vinci; or Velázquez’s Meninas, fit perfectly into the golden ratio; also the sculptures of Fídias or compositions by musicians such as Debussy or Mozart.

Today you can find it applied in design, in advertising posters or photography, always looking for the proportions of what is beautiful and what is pleasing to the viewer.

The golden ratio in photography

In photography, the golden ratio is used to compose aesthetically pleasing and balanced images, and above all to place the protagonist at specific points in the image where he stands out naturally. 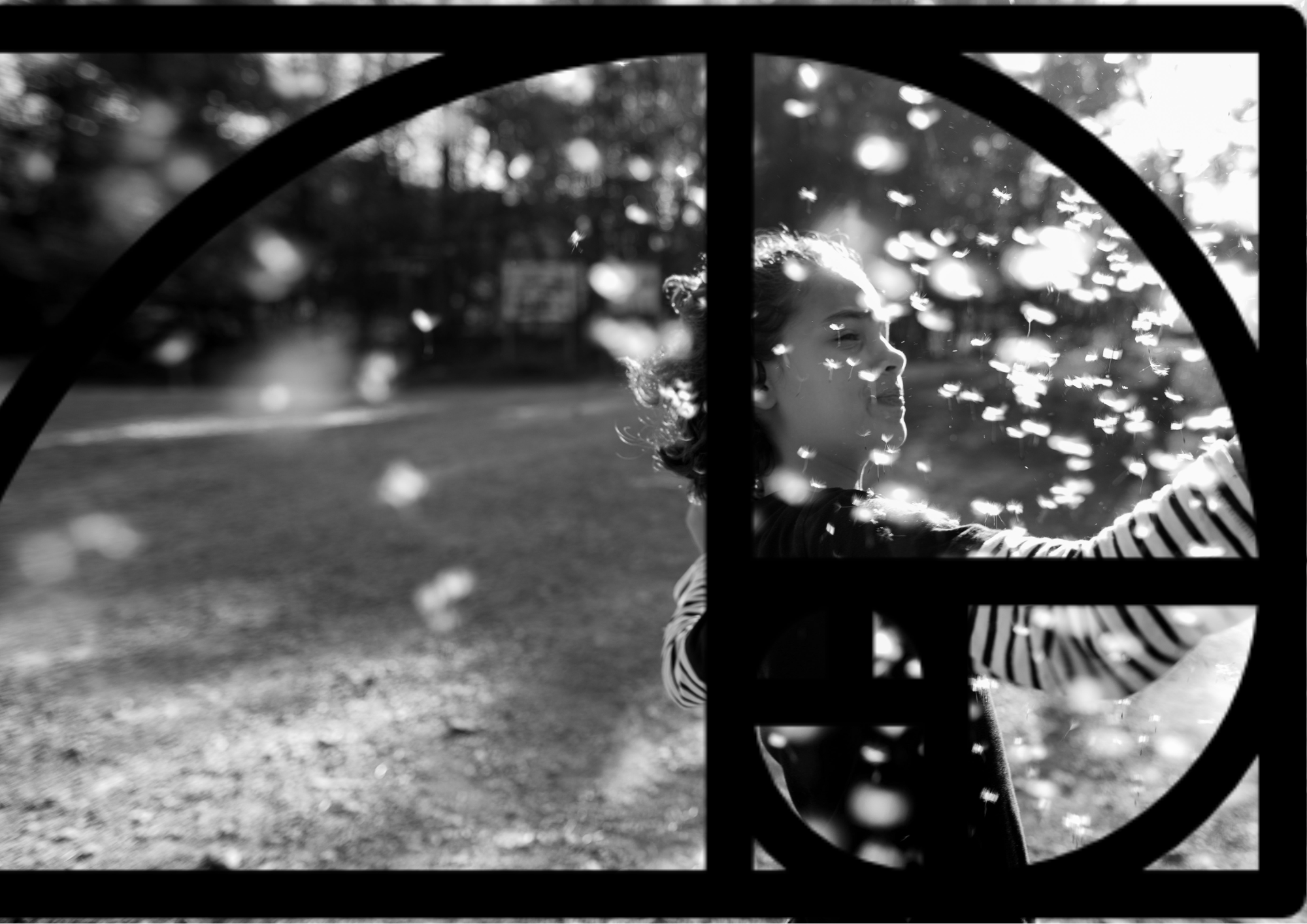 The famous rule of thirds is a simplified version of this Fibonacci series or golden ratio, and indicates the strengths of the image, which translate into the place where the subject is most easily highlighted. 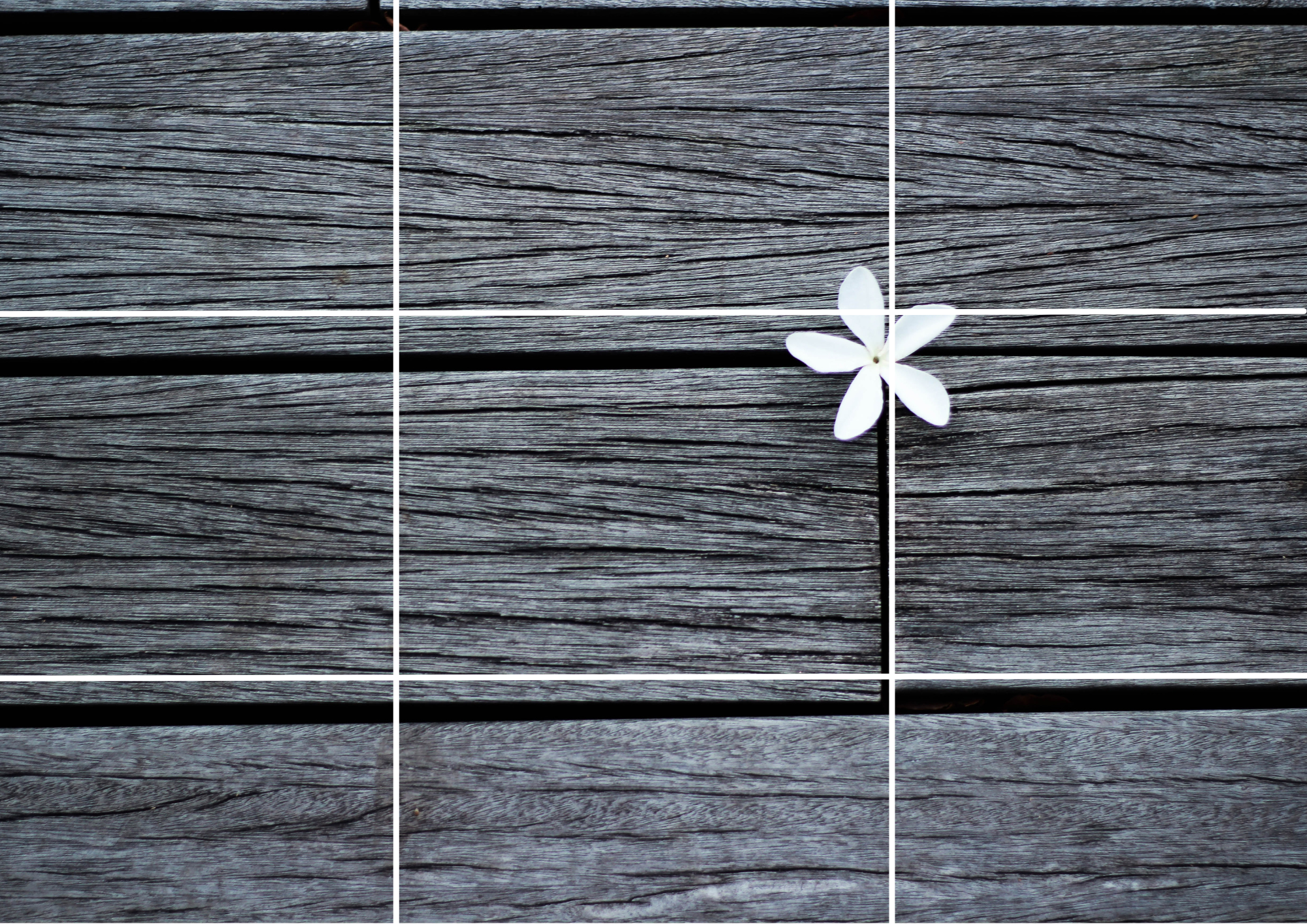 The golden ratio in architecture

Phidias, who is credited with conceiving the Parthenon temple, as well as some of the best sculpture of antiquity, was a great fan of the golden number (indeed the name Phi is in his honor).

Works such as the Parthenon, which aims to unite beauty with the mystical, and its sculptures (preserved or not) were based on the golden number and the golden ratio.

We can also find the golden ratio in architectural works such as the Great Pyramid of Giza or in famous modern architects such as Mies Van der Rohe or Le Corbusier. 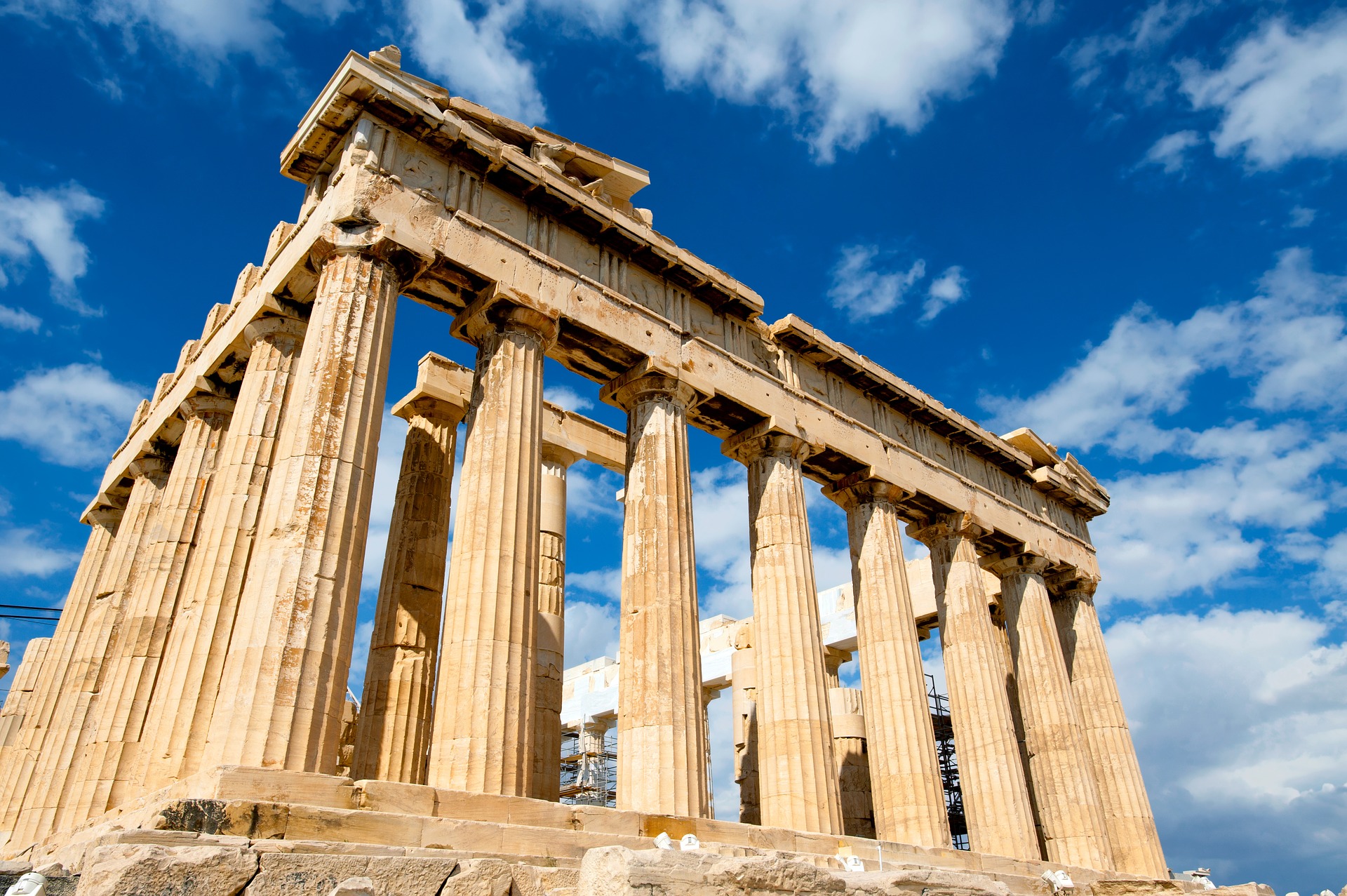 In short, the golden ratio is a way of approaching beauty in a universal way. That which is mathematically closest to Phi, we will perceive as beautiful and perfect.

In photography, the golden spiral can help us to compose a picture that is pleasing to the eye, as well as to establish the place in which to place our protagonist.

But this notion of beauty and perfection is applicable to architecture, painting, musical scores, people or natural elements.

Did the concept of the golden ratio or the magic number sound familiar to you? Interesting, right? Ah, that you see Fibonacci spirals everywhere? It’s normal, they’re everywhere! Take the opportunity to improve your photographic compositions and experiment with new things.

If you found it interesting, do me a favor and share this content with whoever you think will take advantage of it. Thank you and see you next time.

Pedro Castillo and his hat lose credit in Peru

Sat Feb 19 , 2022
JOAQUIN ALDEGUER Profile This rural teacher, who campaigned with a pencil, has spent his first six months in the presidency of Peru. His Executive chain four remodeling, the last one because of an abusive prime minister One cannot avoid the temptation when seeing him ‘crowned’ with that large palm straw […] 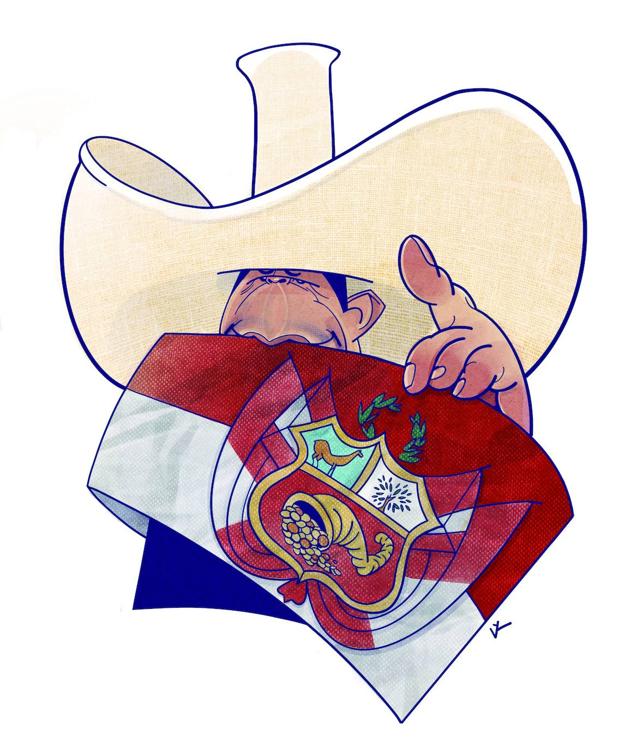