Wide potential for bilateral collaboration between both countries that seek to be carbon neutral by 2050 and lithium plays an essential role in achieving the goal.

Santiago de Chile.- A two-week trip with stations in Santiago and the north of the country will be carried out by Michael Schmidt, a specialist for the German Mineral Resources Agency (DERA) at the Federal Institute for Geoscience and Natural Resources, which advises industry and the German government on Regarding the sustainable and safe supply of raw materials Starting this month, he will meet with different actors related to lithium. The information and data collected will serve, among other things, to update the Rohstoffinfomationen study, which is periodically published by the body dependent on the German Ministry of Economy and Climate Action (BMWK). The next edition will be launched in May this year by DERA.

The itinerary of the specialist in Chile includes meetings with public organizations, such as Corfo and Codelco, and with representatives of the private sector, as well as meetings with authorities of the Antofagasta region to learn how the development of the lithium industry in the area is being perceived and what are the opportunities and challenges that it entails for the actors involved. In 2021, the Deutsche Gesellschaft für Internationale Zusammenarbeit (GIZ) launched the “Responsible Lithium Partnership” project, a multi-sector platform in the Salar de Atacama basin, where representatives of various organizations, communities, companies and institutions collaborate around issues raised by them themselves regarding the care of the ecosystem of the basin. Water was the first item on the agenda.

The initial phase of the project, which lasts approximately three years, is financed by Daimler, VW, BASF and Fairphone, companies for which Chile is the second largest supplier of lithium – a key ingredient in rechargeable batteries. To learn about the progress of this joint work, Schmidt will meet with Carolina Ferreira, Team Leader of the project within GIZ.

Prior to the trip, Schmidt met virtually with the Chilean Mirror Committee of the normative and technical entity ISO/TC 333 (International Standards Organization), which develops an international standardization of mining, extraction, concentration, separation and conversion of lithium to useful lithium compounds/materials. The program includes terminology, technical delivery conditions to overcome transportation difficulties, unified testing and analysis methods to improve the overall quality of lithium products. The initiative has 167 national standardization bodies, including the INN in Chile. Michael Schmidt leads the German Mirror Committee.

On the ground, the specialist will be visiting the main lithium production plants in order to follow all the steps of the process, ranging from the extraction of brine in the Salar de Atacama itself to the production of lithium as such. This, in order to see how the use of technologies for the responsible management of resources has been promoted. Other relevant milestones in the region, such as Cerro Dominador, the first solar thermal plant in Latin America, 59 kilometers from Calama, will also be part of the trip.

“The Green Deal of the European Union and the digital transformation will cause a drastic increase in the demand for critical raw materials between now and 2050,” explained Schmidt at the first session of the Chilean-German working group on lithium, a binational dialogue body. of the Mining Business Center of the German Chamber (AHK Chile), which has the support of the German Ministry of Economy and Climate Action (BMWK). “Lithium was added to this list at the end of 2020, which is especially relevant for the German automotive sector with its rapid expansion towards electromobility, a transformation process that in no way can be carried out at the cost of the stability of sensitive ecosystems. ”, underlined Schmidt on the occasion.

As a strategic partner and key supplier of technologies, the German country stands out for providing know-how and promoting alliances that go beyond the importation of natural resources, in addition to being an increasingly demanding buyer in terms of responsible chains and traceable supply. For its part, increasing production by putting care for the environment at the center, in addition to adding added value, are reasons that are pushing Chile to generate a long-term strategy in this area.

“Having highly qualified human capital defines the competitiveness and productivity of countries and helps combat unemployment, generate greater social mobility and promote sustainable progress. In my view, special attention must be paid to technical-professional education, an area in which close cooperation between the public and private sectors is essential. Training for greener mining ensures both competitiveness and a lower carbon footprint and the good name of Chilean mining,” says Cornelia Sonnenberg, general manager of AHK Chile, a binational chamber that organizes the specialist’s trip.

Sat Apr 2 , 2022
Al Rihla is the first World Cup ball in the tournament’s 92-year history to directly contribute to raising funds to positively impact lives around the world, with 1% of Al Rihla’s net sales contributing to the Common Goal movement . In the Image, Messi with Al Rihla. (1-4-2022). The Al […] 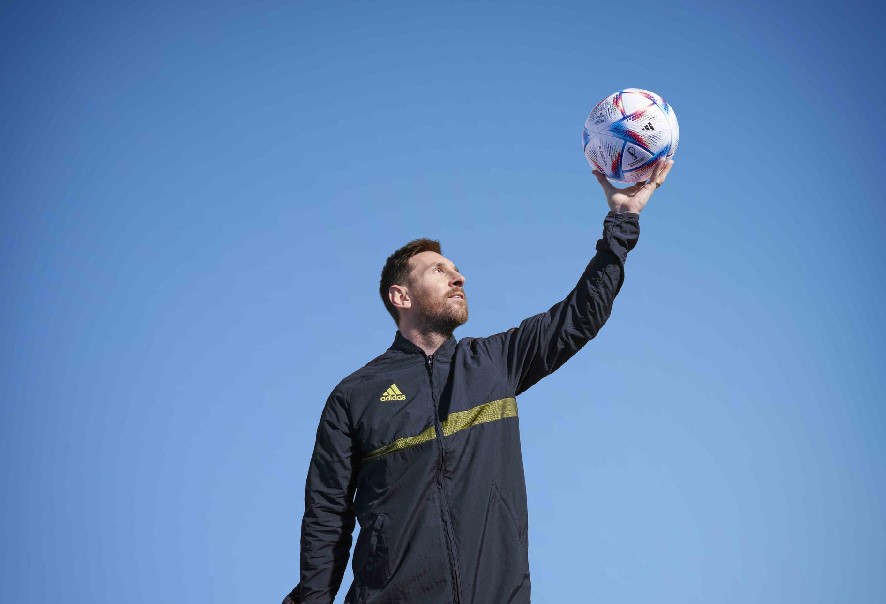