From Fútbol Emotion they assure that both Juan Luís Pérez (on the left) and Marcos Garzo (on the right) “with their extensive experience in the sports sector”, will help in the qualitative and financial objectives of the chain, after its incorporation into the Tansley group.

(9-6-2022). Futbol Emotion has just announced the incorporation of two relevant ex-executives from Nike and Adidas as independent directors. The chain, which declares an “obvious growth” during the first five months of this 2022, in relation to the same period of 2021, prepares a new store in Madrid of 1,500 square meters.

Futbol Emotion has just incorporated two relevant ex-directors of Nike and Adidas as independent directors. On the one hand, Marcos Garzo, an executive who was linked to Nike for 25 years with various positions in the general management of southern Europe and as Vice President of Football in Emea, and forming part of the Nike Emea Corporate Council for 10 years, and, on the other hand, Juan Luís Pérez, who was the commercial director of Adidas Spain for 22 years.

Fútbol Emotion hopes that both renowned executives will help it raise its brand image, internationalize the company and strengthen its relationship with its most strategic allies in the coming years.

It should be noted that Juan Luís Pérez was signed at the beginning of June by Pro Padel Group as director of sales and strategy. Pro Padel Group, is the corporate group that encompasses the Padel Nuestro store chain.

For his part, Marcos Garzo is currently the co-founder and CEO of Sporttips.

Futbol Emotion has short-term strategic projects such as the forthcoming opening of a flagship store in Madrid that will have 1,500 square meters dedicated to football and that, according to the brand, “aims to become a reference for football in the capital of the Spanish state”. The chain has not specified a date, but everything seems to indicate that it could be a reality between July and September.

As will be remembered, at the end of last April, the Tansley Group became a shareholder of Futbol Emotion, acquiring the majority of it. After that, the football chain intends to “give a new impetus” to its expansion plans by putting the company at a “new level of billing with a very ambitious growth target for the coming years.”

For now, after the first five months of this 2022, from the chain they assure that “the numbers show an evident growth compared to the same period of the past 2021”.

Also, from Futbol Emotion, they say they have an “unstoppable perspective at the level of execution and planning of new projects for this year”.

The attack on Capitol Hill was organized by Donald Trump himself.

Thu Jun 9 , 2022
The most varied characters gathered among the hordes that stormed the Capitol on June 6, 2021. / AFP The Congressional Commission investigating the assault opens its public hearings with numerous testimonies and evidence linking the former US president to the plot Millions of Americans saw last night – last morning […] 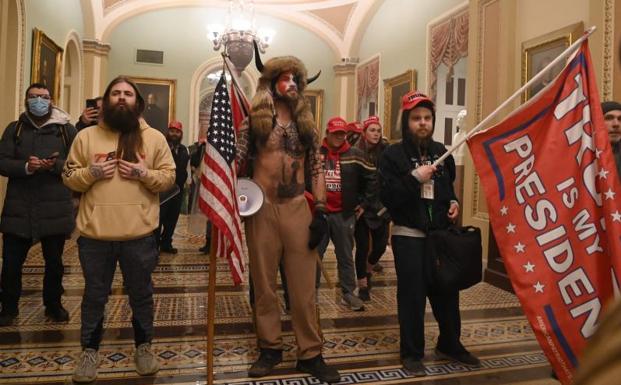