Four members of the Anonymous platform have been arrested in Spain in an international operation against this organization. Two of them have entered prison as alleged perpetrators of the so-called DoS attacks, denial of service. The Police believe that they are responsible for recent attacks such as the publication on the Internet of the personal data of ex-president Zapatero’s escorts or various members of the GEO.

Specifically, they acted by means of DDoS attacks -denial of service- and defacement -modification of a website without authorization from the owner-. They attacked the web pages of political parties, institutions and companies, making a service or resource inaccessible to legitimate users. Two of those arrested have entered prison by court order, another has been released on bail and the fourth, a minor, in the custody of his parents.

The investigations carried out by the specialists of the Technological Investigation Brigade (BIT) of the Police, after the complaints presented by the computer attacks carried out since the middle of last year, indicated that they had been carried out by a small number of people.

These cyber attacks sometimes responded to individual actions that were supported, however, by a plurality of people who joined their efforts and knowledge to perpetrate them. After analyzing thousands of logs, it was possible to identify the people who were behind these illicit activities.

These arrests have occurred within the framework of an international operation against cybercrime coordinated by INTERPOL, called Exposure, in which 10 people have been charged in Argentina, 6 in Chile and 5 in Colombia.

Investigators identified and arrested FJBD in Malaga, known as Thunder or Pacotron, allegedly in charge of administering and managing the computer infrastructure used by Anonymous in Spain and Latin America, mainly.

The servers it managed, hosted in the Czech Republic and Bulgaria, served cybercriminals as a basic element of secure communication for the coordination of its members in order to plan new attacks. He also had a private chat that required an access certificate that could only be granted by him as an administrator.

The data obtained also allowed the agents to identify JMLG, Troy, alleged perpetrator of the most prominent attacks and leaks claimed by Anonymous in our country, who was arrested in Madrid.

Among these cyberattacks would be the publication of personal data of members of the National Police assigned to the Royal House, the escort of the President of the Government, the Special Operations Group, and the leader of UPyD, Rosa Díez. He is also blamed for the deface attacks on political party web pages in which fangs appeared on the images of their leaders.

Added to these two arrests is that of JIPS, detained in Madrid, who collaborated closely with JMLG, and that of a 16-year-old boy, allegedly a member of an international hacking group known as “sector 404”, who is related to the attacks claimed by this group.

In the police device developed in Spain, in addition to the four arrests, four searches have been carried out in which 25 computers, hard drives and other storage devices have been intervened and are being analyzed by BIT specialists. The detainees, who are accused of the crimes of illicit association, computer damage and discovery and disclosure of secrets, had high computer skills.

In a scenario as complex as the Internet, these activities take place in a global context. In the IRC chat network managed by one of those arrested, a specific channel was hosted for Ibero-American cybercriminals, who participated in both attacks on Spanish and American targets, for which, through INTERPOL’s Latin American Technological Crime Group, the actions were coordinated. investigations of several countries, under the name of operation Exposure.

In fact, in the chat channels, after the arrests were made, calls were made for a DDoS attack against the Spanish Police website, expressly requesting that Spaniards not do so in view of the possibility that the Police had identifying data that would trigger new arrests.

Through EUROPOL, the adoption of precautionary measures was requested that included the safeguarding of data and disconnection of servers linked to the detained persons, located in Bulgaria and the Czech Republic. The operation has been carried out by agents of the Technological Investigation Brigade, of the General Judicial Police Station; INTERPOL and EUROPOL, in collaboration with the Judicial Police Brigades of the places where the arrests have been made.

The last police operation against Anonymous in Spain that resulted in arrests occurred in June 2011 when three alleged members of this platform were arrested in Almería, Alicante and Barcelona.

After that operation, the National Police declared that “the leadership of the ‘hacktivist’ organization Anonymous in Spain had been dismantled.” Subsequently, the chief commissioner of the Technological Investigation Brigade (BIT), Manuel Vázquez, and the commissioner of the Economic and Fiscal Crime Unit, José Luis Olivera, specified at a press conference that “it is not a question of a hierarchical leadership, but of a functional dome”.

According to the detainees in that operation, they managed the chats from which the members of Anonymous discussed possible targets.

BH Fitness equips one of the most modern gyms in Menorca

Thu Feb 24 , 2022
(24-2-2022). BH Fitness has equipped Biosport Menorca, a new gym located in the city of Mahón, which has become one of the most modern in the city, after including the Movemia range and the BH Gymloop software. BioSport Menorca, in its capital Mahón, becomes a unique training experience for its […] 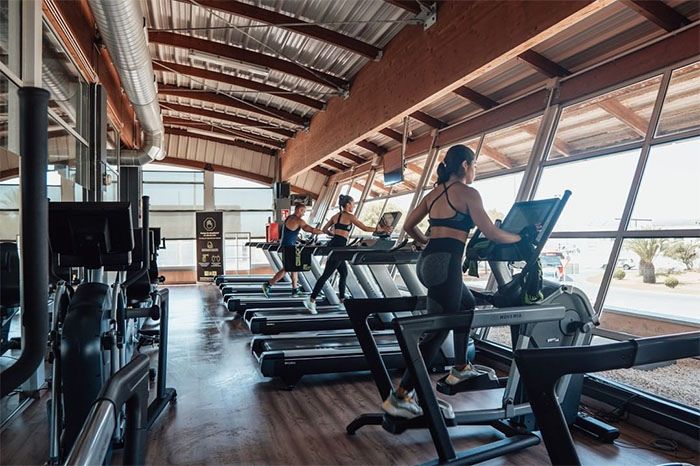