According to internal Ford data, the United States remains home to the highest demand for Mustangs, accounting for 76% of global sales. Other markets that saw sales growth in 2021 included New Zealand, Brazil and South Korea.

Santiago de Chile.- For the seventh year in a row, Ford Mustang, which celebrates its 58th anniversary this Sunday, is the world’s best-selling sports coupe, according to Ford’s analysis of S&P Global Mobility* registration data.

Mustang retains its sales crown for 2021 led by the pinnacle of 5.0-liter V8 performance, Mustang Mach 1 and the Mustang Shelby® GT500®, the most powerful road-going Ford ever and the most advanced Mustang for track, street or use of drag strip.

“When enthusiasts around the world get into a Mustang, they unlock that sense of freedom and experience the open road,” said Kumar Galhotra, Ford Blue president. “That sentiment, along with iconic design, amazing powertrains and a passionate global community, help make Mustang a best-seller for the seventh year in a row,” he added.

According to internal Ford data, the United States remains home to the highest demand for Mustangs, accounting for 76% of global sales. Other markets that saw Mustang sales growth in 2021 included New Zealand, up 54.3%, Brazil up 37.3%, and South Korea up 16.6%. Additionally, for those who wanted a Mustang of their own, retail customer orders nearly doubled in 2021 compared to the previous year.

Mustang Mach-E, the newest member of the Mustang family, also had a successful 2021 as one of Ford’s most popular products. In addition to a strong first full year of sales, Mach-E earned a trophy case of press awards, including the coveted North American Utility Vehicle of the Year honor, Car and Driver’s 2021 EV of the Year, 2021 Wards Top 10 and a 2022 Kelley Blue Book Best Buy Award. Mustang Mach-E was also recently named a finalist for the 2022 World Car of the Year.

Mon Apr 18 , 2022
PODIUM. The 2022 Spanish champion, senior sailing skater, Peco Mulet, flanked by Oriol Castelló on the left, who has collected the prize from the Spanish runner-up, Jordi Aránega; and, to the right, Julián Vinué, third classified. (17-4-2022). The Mallorcan Peco Mulet, from the Club Natació Badalona, ​​has won the 2022 […] 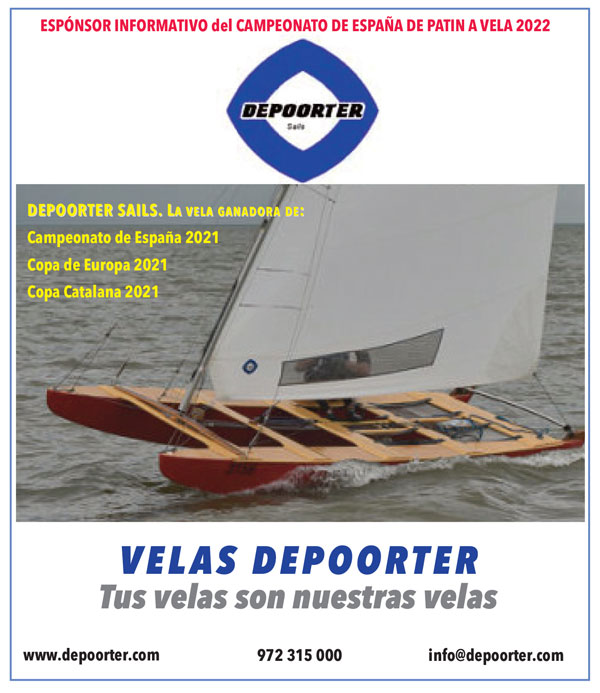