The skaters will spend the night today at the Windiscovery sailing school slipway on the Gran beach in El Port de la Selva.

(31-7-2022). The six skaters of the ‘Cadaqués Nord enllà’ crossing are already in Port de la Selva. Most of them have invested about five hours to cover the first stage that started in Cadaqués at 11 in the morning.

Day of lots of sun and emotions in the first stage of the sailing trip ‘Cadaqués Nord enllà’, devised by the journalist and writer Daniel Romaní. The six skaters left Ses Oliveres beach at 11 in the morning with a north wind of about 9-12 knots and a gust of 15 knots “which allowed for fast and quite comfortable navigation”, according to Juan Carlos Campo.

ONE STAGE WITH TWO PARTS

The six expedition members have decided to regroup before reaching Cap de Creus, in order to overcome this emblematic point with the greatest safety.

The skater from Club Vela Sant Antoni de Calonge, David Gracia, has already been defined by the group of expedition members as “the expert in the area”, since he is known by heart. As Gracia himself explained to CMDsport, “I have done it in a round trip kayak and, also walking and cycling”. The skipper of ‘El Senglar de sa bardissa’ has recognized that Cap de Creus has marked the turning point of today’s stage.

As he has narrated, “until S’Encalladora we have had fun upwind with speeds of up to 10 knots, but about fifteen minutes after having passed Cap de Creus with ideal conditions, in the ‘upper sea’, the wind has started to fall and fall propitiating a great calm. In front of Tavallera we spent two hours practically standing still”.

That period of calm has been used by the skaters to eat on board, while the skaters perceived that rocked by the sea, rather than moving forward they were going backwards due to the waves caused by the passing boats, as well as by the rebound of the sea. against the coast.

The arrival, finally, of a gentle breeze from the south has allowed them to start picking up speed. However, that breeze was “tremendously rollicking and inconstant. You started and stopped. Now you were going in one direction and then in another”, described Juan Carlos Campo.

This has ended up causing David Pérez, from the Sitges Nautic Club, who has opted, in a way, to sail closer to the coast, to lag behind.

Five of the six skaters have managed to reach the Platja Gran in El Port de la Selva around four in the afternoon.

The skater from the Club Nàutic Sitges, David Pérez, on the other hand, has taken almost an hour to reach it, with which his first stage of this crossing ‘Cadaqués Nord enllà’ has required him about six hours of navigation.
Today the skates will sleep in the slipway of the Windiscovery sailing school.

Journey developed by the skater David Pérez, in the first stage from Cadaqués to Portbou in sailing skate.

For their part, the skaters will rest at the Hostal Sol y Sombra in El Port de la Selva, an establishment that began its career as a restaurant in 1954 but years later, with the arrival of tourists, it was converted into a hostel.

All the expedition members agree in emphasizing “the good atmosphere and cohesion that reigns in the group”. Juan Carlos Campos, the ‘master’ of the crossing, highlights the good level of navigation of all the members. 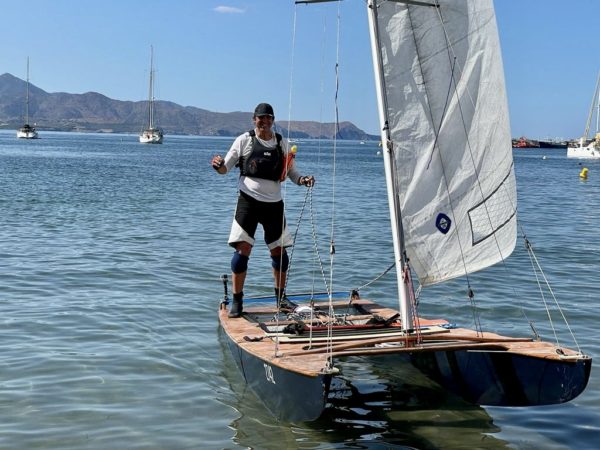 REPRESENTATION OF THE CATALAN COASTLINE

The six expedition members cover, according to their usual navigation areas, from Sant Antoni de Calonge (Girona), with David Gracia, to Sant Salvador beach in the Tarragona town of El Vendrell, with Joan Manel Monfort and Andreu Pérez, passing through Barcelona (Daniel Romaní), Castelldefels (Juan Carlos Campos), and Sitges (David Pérez). In this way it can be affirmed that the three Catalan provinces of the coast are represented in this journey, which emerged as a ‘second chapter’, or second phase of the project that the writer and journalist, Daniel Romaní, undertook last year in his skate journey to Sailing from the Ebro Delta to Cadaqués. That journey, which served to create a book by Romaní, in this second phase is intended to promote, at the request of Adipav, the possible implementation of the first fixed ‘skating base’ in France, specifically at the end point of this crossing, that is, the Yacht Club located on the beach of La Grande Motte.

Tomorrow, Monday, the expeditionaries have before them the second stage. This will start in Port de la Selva and will be destined for Portbou, a border town between Catalonia and France. The distance will again be similar to today’s, that is, between 13 and 17 miles.

Treasury Direct: in Copom week, fixed rate return remains below 13% for the 2nd session in a row

Mon Aug 1 , 2022
In a week of decision by the Monetary Policy Committee (Copom), of the Central Bank, the market follows a new round of upward revisions in the projections for next year’s inflation presented this Monday (1). For the 17th week in a row, the median of estimates from economists consulted by […] 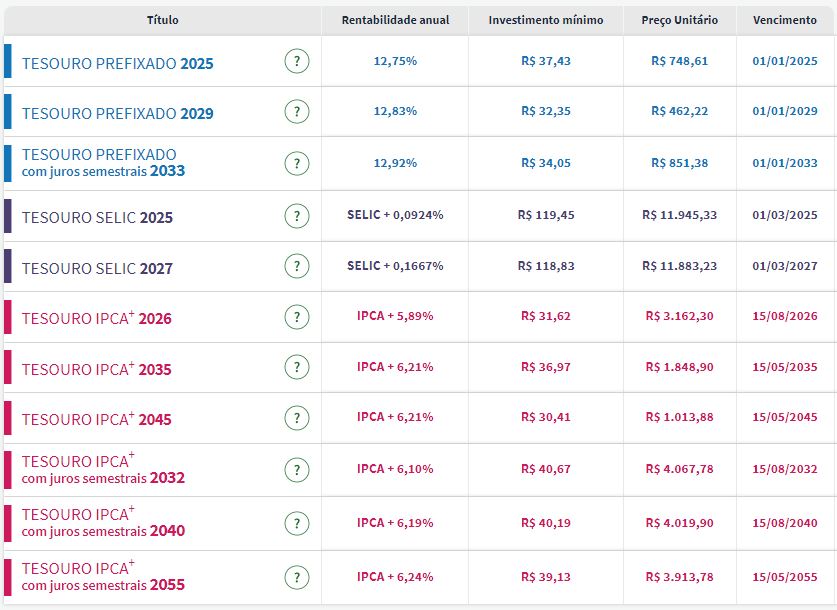