Virtual recreation of the Vilanova Commercial Park, an area that will see the light of day at the end of 2022 with a Fitness Park gym

(25-8-2022) Fitness Park resumes its growth in Catalonia. The French gym chain has closed the acquisition of premises in the Parc Comercial Vilanova, an area that will see the light of day at the end of this year.

Fitness Park has already chosen which will be its second destination in Catalonia. After landing in Barcelona in December 2020, the chain of low-cost gyms will arrive in Vilanova i la Geltrú (province of Barcelona) at the end of 2022. The brand will open a 2,300-square-meter store there.

It will do so in the Parc Comercial Vilanova shopping center, an area still under construction that will have more than 32,000 square meters and the presence of retail giants such as Decathlon, Mercadona or Media Markt. In total, the shopping center will have 22 operators, 17 of which will be commercial premises. The rest, restaurants, sports and leisure. It will also have 1,000 parking spaces.

The opening of Fitness Park Vilanova will thus go hand in hand with the completion and opening of the new shopping center, expected for this Christmas. It will not be the only gym that the French brand will open in the coming months, since, today, it has up to five clubs in pre-opening. The one in Vilanova i la Geltrú joins those already announced in Barakaldo (Megapark); San Javier (Dos Mares), Madrid (Príncipe Pío) and Las Palmas (Las Ramblas).

With all of them, Fitness Park will go from having 11 to 16 operating gyms in Spain. The centers of the chain, which this August opened a store in Valencia, are distributed as follows: the Community of Madrid, the Basque Country and the Valencian Community (2), Catalonia, the Canary Islands, Aragon, Murcia and Andalusia (1).

Treasury Direct: prefixed interest rates advance and return to 12% per year on the 1st day of Jackson Hole

Thu Aug 25 , 2022
Thursday (25) marks the first day of meetings of the Jackson Hole symposium, which takes place in the United States. The event is world renowned for the presence of monetary policy authorities from around the world. The most awaited speech will be made tomorrow (26) by Jerome Powell, chairman of […] 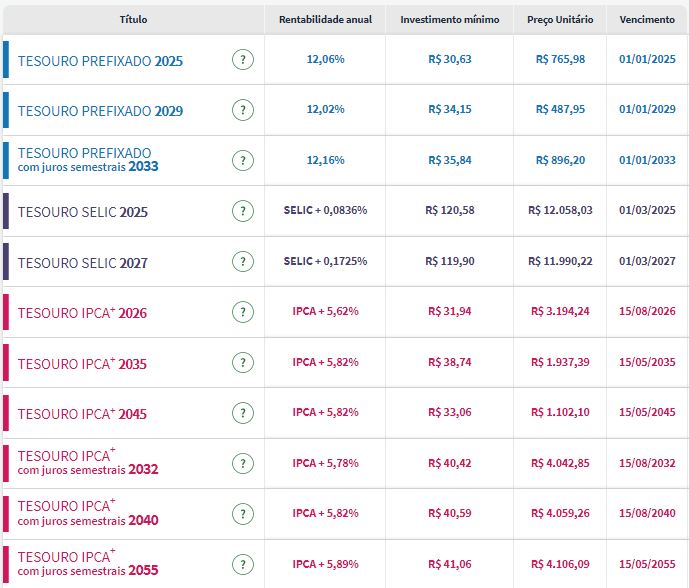