Auction carried out by the company Air-e awarded the company with Irish, Japanese and Norwegian capital the construction of the Andrómeda solar park, located in the municipality of Toluviejo, department of Sucre, which seeks to provide renewable energy to a part of its users .

Barranquilla, Colombia.- Mainstream Renewable Power and the energy distribution and commercialization company Air-e, signed an agreement whereby the generating company will supply clean energy through a photovoltaic plant that will have a capacity of 100 MWac, starting in 2024 and for a 15 year period.

The Power Purchase Agreement (PPA) will be covered by the Andromeda solar park, which will be built by Mainstream Renewable Power in the municipality of Toluviejo, department of Sucre in Colombia. Once built, it will have approximately 195,000 solar panels located on an area of ​​233 km2. The new plant will be connected to the National Transmission System through a 1.4 km transmission line. to the Toluviejo 220 kV substation.

Manuel Tagle, general manager of Mainstream Renewable Power LATAM, highlighted the company’s interest in entering the Colombian market, the second country in Latin America where the company is present with its projects. “As Mainstream Renewable Power we are in the 5 continents developing, building and operating renewable energy parks. The first Latin American country we arrived at was Chile, where we are developing a portfolio of more than 2.3 GWh of clean energy, which has positioned us as a relevant player in the decarbonization of the country’s energy matrix. The signing of this contract with Air-e is a milestone that marks the beginning of our journey in Colombia, a market that we have analyzed and that seems extremely attractive to us for the development of wind and solar energy,” said Manuel Tagle.

Mainstream was one of the four winning companies in the recent private tender carried out by Air-e, in which almost 200 MW of energy was auctioned, which is equivalent to lighting more than 170,000 homes. Mainstream was awarded 50%, that is, 100 MW, with which Air-e will cover part of its non-regulated demand.

“This auction represents an important milestone for the company, its users and the country because we want to promote the production of energy in an environmentally friendly way. We also look for competitive prices for the benefit of our clients”, said the general manager of Air-e, Jhon Jairo Toro.

For his part, the Deputy Minister of Energy, Miguel Lotero, pointed out that: “The entry of energy from non-conventional renewable sources into the electricity grid of La Guajira, Atlántico and Magdalena thanks to this Air-e auction confirms the country’s commitment to an environmentally friendly energy transition, while adding reliability to the system. From the Ministry of Mines and Energy we applaud these initiatives”.

This tender will contribute to the current energy transition promoted by the Colombian government by accessing more competitive energy prices and diversifying the matrix. “Climate change and the consequences of phenomena such as El Niño represent a significant risk for the energy security of those countries with a high percentage of participation of hydroelectric plants. In this sense, solar and wind energy, in addition to being clean, are an ideal complement for diversifying the energy matrix”, concluded Manuel Tagle.

GO fit partners with Hyundai to promote sustainability and running

Fri Apr 8 , 2022
GO fit, with eighteen centers in the national territory and two in Portugal, will be able to reinforce its policy of associations with partners that are in the environment of sustainability. (7-4-2022). GO fit reinforces its commitment to sustainable mobility and is supported by running, thanks to the sponsorship of […] 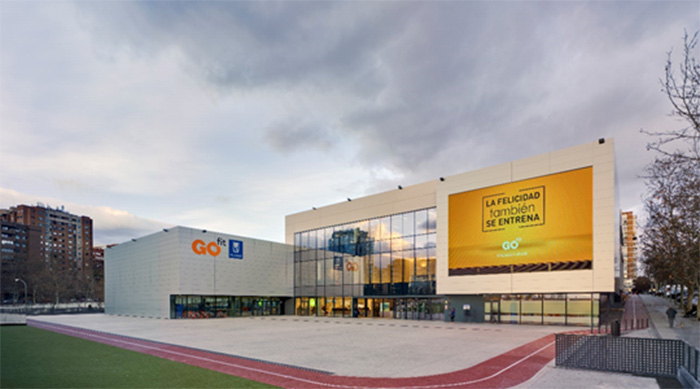