The Aid ter decree also intervenes on Third Sector entities. The spokesperson: “We are fundamental for local welfare”

The Council of Ministers has passed the third decree Aid against expensive energy. Interventions in favor of the Third Sector are finally planned. Non-profit organizations will get back 25 percent of the expenses incurred in 2022 for gas and electricity.

The crisis of associations not profit that carry out activities of social utility, burdened like businesses and families since expensive energy, it seems at least in part averted. On the third attempt, in fact, the request of the Third Sector to be able to access government subsidies was accepted: the Council of Ministers of 16 September in fact gave the green light to the proposal of the Minister of Labor and Social Policies, Andrea Orlandoto guarantee extraordinary support to the institutions of Third sector.

The contribution will be equal to 25 percent of the expenditure incurred for the purchase of energy actually used throughout 2022. Furthermore, in partial compensation of the higher costs incurred for the purchase of the gas natural, another extraordinary support is also foreseen, equal to 25 per cent of the gas consumed in 2022, for energy uses other than thermoelectric uses, those related to heating.

In fact, the Minister of Labor agreed that even the Third sector was affected, after the pandemic emergency, from the serious social, political and economic consequences of the conflict in Ukrainealso significantly affected by changes in the prices commodities and fluctuations markets financials observed since the outbreak of the war. “Precisely in order to mitigate the impact of the increase in the costs of electricity and natural gas on the numerous and different activities carried out by third sector entities, the proposed legislation provides for the disbursement of a contribution for the purchase of gas and energy in favor of third sector entities “.

The relief of associations

All those entities that fall within the definition of the third sector can thus breathe a sigh of relief associations of a private nature acting in various fields, from assistance to people with disabilities to environmental protection, from health and social assistance services to cultural animationand who often manage institutional welfare services and the protection of the common good and the safeguarding of denied rights.

In view of the elections, the Third Sector has presented in recent weeks documents, open letters, proposals to politics to create a more just, inclusive and sustainable society. Starting from the Third Sector Forum, the collection of requests⤵️https: //t.co/nAq6mWy7OK pic.twitter.com/oyimQdrhtg

“Government and Parliament have acknowledged that leaving the third sector without refreshments against price increases would have meant making the energy crisis burden more precisely on that segment of the population that is most defenseless, poor and at risk of marginalization”, is the sigh of relief drawn by the Third Sector Forum which represents 101 national organizations second and third level – for a total of over 158 thousand territorial offices – who operate in the fields of volunteering, associations, social cooperation, international solidarity, ethical finance, fair trade in our country.

A form of solidarity welfare

Until the day before the launch of Aid ter, the Forum had complained about the lack of aid (even in the Aid Bis decree, which has yet to be officially converted into law) for non-profit organizations that are heavily affected by the energy crisis but, unlike profit-making companies, they cannot ‘pass on’ the increase in costs to customers for the simple reason that, explains the spokesperson of the Forum and vice president of Legambiente Vanessa Pallucchi, “Our organizations often maintain services that have to do with fragilitywhere savings and cost cuts are objectively impossible, as perhaps happens in industry “.

The third sector is partly affected by being too often associated, in public opinion, with the world of large or medium-sized businesses non-governmental organizations: in reality, as Pallucchi explains, these are above all “small, territorial realities” that play a very important role in substituting state welfare: “Few ask, but the association that keeps open a cinema in the suburbs things? Who takes care of the after-school? L’Anpas, who sends ambulances around, what is it? Who deals with the distribution of meals for the poor? All this is the third sector… ”.

In view of the elections, the Third Sector has presented in recent weeks documents, open letters, proposals to politics to create a more just, inclusive and sustainable society. Starting from the Third Sector Forum, the collection of requests⤵️https: //t.co/nAq6mWy7OK pic.twitter.com/oyimQdrhtg

Yet, in addition to the fact that it was necessary to wait for the third decree to have the same aid granted to industry and agriculture, even in this electoral campaign “the third sector is not never counted among the strategic sectors of the country – concludes the spokesperson of the Forum -. Instead, not only is it a leg of the Italian economy but it gives answers that politics cannot give, at the level of presence on the territory: this issue must be put on the agenda, also for its socio-economic repercussions ”.

Wed Sep 21 , 2022
Trek Bicycle reaches 13 flagship stores in Spain – CMD Sport In order to offer you a better service, CMD Sport uses cookies. By continuing to browse the site you accept their use. To accept Primary Mobile Navigation CYCLING After an agreement with the owner of Tot Velo de Menorca […] 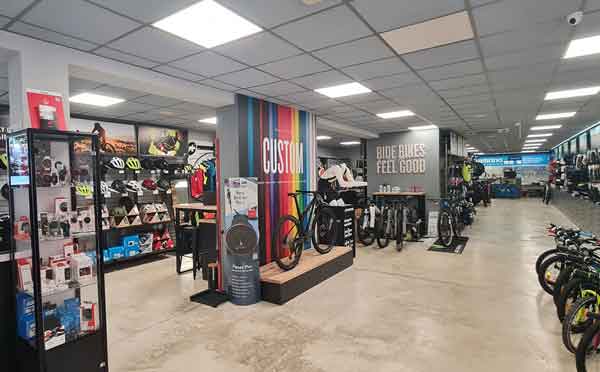