The presidents of both entities, José Manuel Franco (CSD) and Fernando París (Fagde), accompanied by the general director of the CSD, Albert Soler, and the vice president of Fagde, Milagros Díaz, at the signing of the agreement on February 24.

(25-2-2022). The presidents of both entities sign an agreement that contemplates the development of initiatives in terms of dissemination, training and joint programs of interest in the field of sports management.

The Higher Sports Council (CSD) and the Federation of Sports Management Associations of Spain (Fagde) have increased their level of collaboration with the signing of a new protocol whose validity extends until December 31, 2023, and which updates , replaces and extends the one already signed with the entity in 2017.

The protocol of intentions is based on several strategic objectives of the Higher Sports Council in its institutional responsibility, which also coincide with those of the associations that make up Fagde.

Contribute to improving the general health status of the population through the promotion of physical activity and sport, the promotion of equality between men and women in sport or promoting the development of a framework sports regulation that adapts to the evolution of the sector itself and the demands of its entities and associations, are those reference goals.

Based on these foundations, the agreement between CSD and Fagde aims to be the ideal framework to launch specific initiatives that respond to some of the needs that the sports sector in Spain presents today and in which the People who work in sports management can participate as agents involved.

Among those contemplated in the agreement, it is worth highlighting the participation in the consultation processes on sports regulations; the promotion of the application of the SDGs in sports centers, facilities and events; participation in Observatories that monitor the reality of sport in Spain; the collaboration in carrying out an inventory that allows the elaboration of a Map of resources of the Spanish sports system; collaboration in the activities of the Ibero-American Sports Council (CID) within the sports cooperation policies of the CSD, or the promotion of outreach and training activities for sports management.

At the signing ceremony, along with the presidents of both organizations, the director general of the CSD, Albert Soler, and the vice president of Fagde, Milagros Díaz, were also present.

Sat Feb 26 , 2022
01:30 The EU and the US propose to block the assets of the Central Bank of Russia They will also exclude several Russian entities from SWIFT, the international system that secures financial transfers. By Salvador Arroyo The President of the European Commission, Ursula von der Leyen. Photo: EFE 01:04 The […] 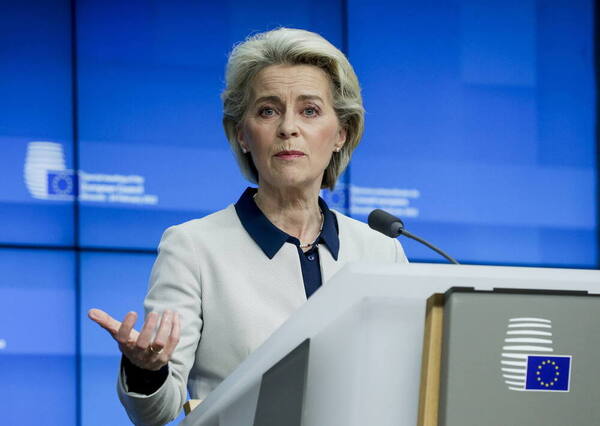