Following the launch of the F45 After program for US military veterans, the chain has received 2,500 applications from this group to open an F45 gym franchise.

(20-5-2022). F45 has launched a program for active and retired US military to become franchisees of the gym chain. In addition, it is negotiating to extend the credit from 150 million dollars to 300 million to be used to develop new franchises.

F45 has become the first gym chain to be authorized by the US Department of Defense to work with active-duty US military personnel.

And it has done so through the F45 After program, with which it offers exclusive financing to US military personnel to become franchisees. The program has just been launched and the company has already received 2,500 inquiries from potential candidates to open new franchises.

“Through F45 After, we are thrilled to bring some of the best-trained, most loyal and hard-working people on board – our military men and women – to become studio owners and operators,” he said. the Michael Nichols initiative of F45.

F45 has also announced a new collaboration with the Fortress investment group to provide franchisees with the possibility of financing themselves in the North American market.

The chain will be financed with an initial tranche of 150 million dollars, although the strong demand that the company would be receiving to open franchises would have led it to increase the credit to 300 million dollars.

“Post-pandemic, access to capital has become more challenging for small and midsize businesses, especially in the boutique fitness space,” says Adam Gilchrist, CEO of F45. “By establishing a financing solution tailored to the specific needs of our franchisees, we have taken steps to help them execute on their growth ambitions while creating greater visibility into our own business.”

The world produces more than 2.5 trillion bytes of data every day – Awdhesh

Sat May 21 , 2022
Compartir Tweet Compartir Compartir E-mail The challenge that is being faced is to create the platforms to support such volumes of data as the main factor in the development of infrastructure for smart cities in Latin America. By Gustavo Perez Santiago de Chile.- […] 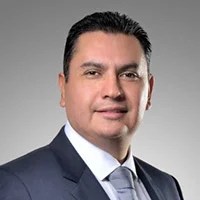