José Luís Pardo will assume, after the summer, a new stage in his professional journey.

(8-7-2022). Escapa, the cycling division of the Quadis automotive group, has finalized the signing of the general director of the Comet distributor, José Luís Pardo, as head of the cycling chain. José Luís Pardo will join Escapa after the summer.

Escape continues to star in spectacular signings. After adding, last April, the founder of the Mamoth Bikes chain, Jesús García, as director of expansion of the brand and head of its landing in Madrid, now comes, as CMDsport has learned, the signing, as general director of the banner, by José Luís Pardo, currently CEO of the renowned distributor, Comet.

The brand new signing of Escapa, however, will continue to work at Comet during the summer months and is expected to join the chain of cycling stores included in the Quadis automotive group after the summer.

ABOUT FOUR YEARS AT COMET

José Luís Pardo joined Comet in November 2018, with which his relationship with this distributor of the Accell Group has been close to four years.

In addition to his top responsibility at Comet, Pardo is still a member of the board of the Gerson Lehrman Group (GLG), an international entity that helps leading companies and investment firms to deepen and develop business issues through the organization of interactions with a network of academics, scientists, industry professionals, and other professionals from around the world.

The incorporation of José Luís Pardo to Escapa is part of the consolidation, expansion and leadership project that the Quadis automotive group has set in the universe of sustainable alternative mobility and which was reflected in the purchase, in January 2021, of Bicisescapa, and later, at the end of the same year, with the acquisition of Pexamamia, (the company that managed the Probike store and the Retto ecommerce), and the Bicisport store in Barcelona.

Currently, the Quadis cycling division, whose expansion in the market will be forged mainly through the Escapa banner, brings together three physical Escapa stores (one in Barcelona, ​​another in Sabadell and a third in Girona), a physical Probike store in Barcelona and three ecommerce: Escapa, Probike and Retto.

In principle, Escapa is expected to land in Madrid at the end of the summer or beginning of September, as various supply problems have delayed the date initially planned for the opening of the largest cycling store in Spain and whose maximum Responsibility falls, as has already been pointed out, on Jesús García.

Johnson, determined to resist in the Government until the 'tories' designate his successor

Sat Jul 9 , 2022
Boris Johnson, in a file image. / ef Broad sectors of the party are pressing to speed up his exit and are proposing a transitional Cabinet, led by an acting prime minister. Three Conservative MPs have already entered the race to succeed Boris Johnson as leader and prime minister, who […] 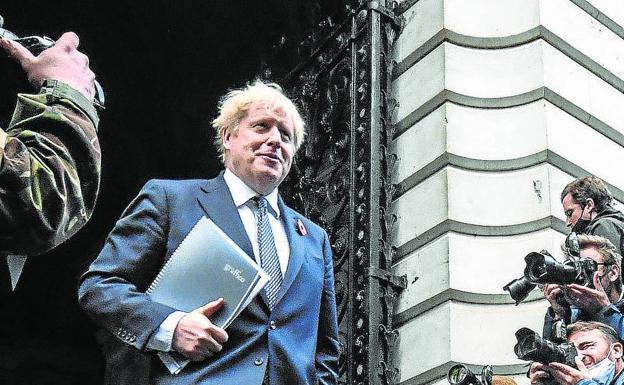