In the works since last summer, the Efinity Parachain is courting games on existing smart contract blockchains.

Blockchain firm Enjin announced the launch of Efinity, the first Parachain on the Polkadot network dedicated to non-fungible tokens (NFTs).

The Efinity ecosystem is set to host more than 100 blockchain-based games and apps, the first of which is CryptoBlades, a game to win with over 1 million users (currently on five smart contract blockchains with Efinity ).

Enjin beefed up plans to build its Efinity metaverse to the tune of $100 million in November. The platform’s first major rise came in July last year, when it raised $19 million in a private token sale led by Crypto.com, DFG Group and Hashed, followed by a $20 million public token sale. via CoinList in July.

Polkadot Parachains allow individual projects to create their own dedicated blockchains at scale, a solution for NFT-based platforms that often clutter their network with large transaction volumes.

Enjin’s announcement comes at a time when Polkadot’s rival ecosystems of new technology are beginning to find their own footing.

Along with the Efinity announcement, Enjin says it has plans to launch beta versions of its NFT.io marketplace and wallet by the end of March.

Other projects confirmed to expand to Efinity include Lost Relics, Dvision Network, SwissBorg, MyMetaverse, Age of Rust, and the PlayNFT Twitch plugin, according to a press release.

The COE confirms the technical agreement for the Winter Olympics project

Mon Mar 28 , 2022
Baqueira Beret is running as one of the venues for the Spanish bid for the 2030 Winter Olympics (28-3-2022) The Spanish Olympic Committee (COE) has confirmed the technical agreement reached with Catalonia and Aragon for the celebration of the Winter Olympic Games in 2030. The document reflects an agreement on […] 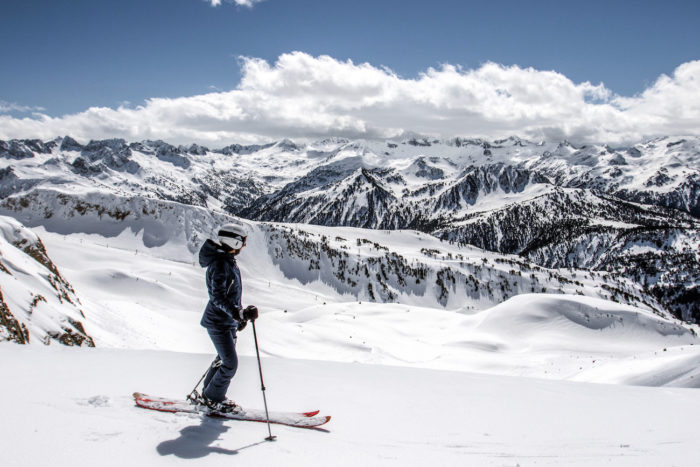