Are you looking for the best emoji apps for iOS? Well, you’re in luck because, in this article, we’ve collated some of the best emoji apps you can download to improve your emoji game. Since its conception, emoji has taken the world by storm. From the simple Japanese icons which started the idea, emoji is a whole new entity on its own these days.

How To Identify The Best Emoji Apps

But what constitutes a great emoji app, you may ask? The answer to that is multi-faceted. A great emoji app should have a great selection of emojis, categorized by type, carries unique forms of emojis, plus the ability to create animated ones. In fact, the best emoji apps in the business have a selling point of their own, whether its simplicity, breadth of options, or the sheer fun they can bring.

While all iOS devices – whether they’re iPhones, iPads, or iPod Touches – already have a built-in emoji keyboard, some features and conveniences can’t be found in it. Sure, all of the basic emojis in the latest Unicode protocol is updated every now and then like the eye emoji, heart emoji, gun emoji, and gender emoji,  there are still emojis that are only exclusive to other third-party apps. Here are the best ones you should try:

One of the best features of Emoji Me Animated Faces (yes, that’s the name of the app), is the ability to add texts to any preloaded emoji and animated faces that the app has. That alone is a worthwhile feature to try. You can directly use the app through the Keyboard by just toggling.

Unlike other keyboards that load indefinitely, Emoji Me Animated Faces is fast, streamlined, and full of features. The app’s collection of faces, as well as emojis, when combined, can reach at least 1 trillion combinations. That’s a library you can rely on for the rest of your life.

If what you’re looking for is an emoji app that consolidates emojis as well as their meanings, then Keymoji is the right one for you. Keymoji is a light, feature-packed emoji app that’s constantly updated from crowdsourced emojis. It has a great interface, letting you know what the meaning of the emojis you are about to use.

The autocomplete feature when searching for emojis and related ones are heaven-sent. It definitely will take your emoji experience to the next level! The best part? It’s free to download on the App Store.

Right off the bat, any user would notice that Moji Maker is a nicely-styled and presented emoji app. The main feature of the app is its powerful creation tool that lets you create your own custom emojis. Fun, huh? The app instantly syncs with the native iOS keyboard as well, so you can readily make the most out of your newly-created emojis.

Moji Maker is one of the most popular emoji apps in the App Store, with millions of downloads and users. It has a great library of emoji parts that you can customize, select, and pair up. You can even make a personal emoji that’s uniquely you!

Animoji may not be a third-party emoji app, as it is a built-in app that’s introduced with the new iPhone X. Suffice it to say, you’d need the latest models of iPhones, iPads, and iPod Touches to access this feature. Animoji lives on the iMessage app where you can access it when you send messages to a fellow iMessage user.

It uses the powerful front camera set-up with depth machines and infrared light to follow what your face is doing – so it looks like the Animoji of your choice – unicorn, monkey, or the shit emoji – is doing what you are saying. You can also save and create your own Animoji sticker by making a reaction and dragging it to the message thread.

Always remember that you don’t need to download all of the apps listed above to get the most out of your emoji use. The most important thing to note is finding one app or two that can make your life easier, and cover all your emoji needs. When deciding which to download, read up on the reviews for the app, and make your move from there.

What’s New In The Update Of Whatsapp Web?

Sat May 9 , 2020
Before starting to discover Whatsapp web, we need to know about the original WhatsApp on smartphones. It is a Voice over IP (VoIP) service that facilitates us to send and receive messages, multimedia content, voice, and video calls through the client application. Whatsapp is available on different platforms like android, […] 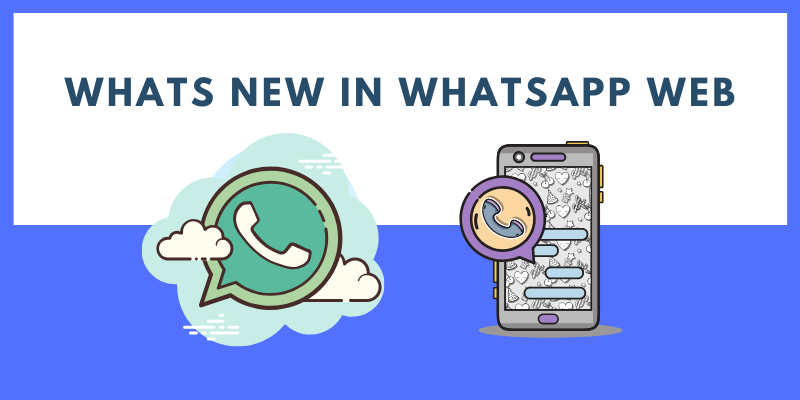