A 61-year-old technocrat, a product of France’s meritocracy, the prime minister appointed by Macron defines herself as “a woman of the left”, although it was the left that presented the motion of censure that has passed this week

The French Prime Minister, Élisabeth Borne, has this week overcome the motion of censure presented in the National Assembly against her and against her Government by the union of leftist parties (Nupes). Lime test passed for this technocrat who comes from the left wing of the ‘macronia’.

Loyal to President Emmanuel Macron since his arrival at the Elysée Palace in 2017, Borne, 61, has held three ministries during his first term: Minister of Transport, Ecological Transition and Employment. Macron named her head of government on May 16. In addition to having an excellent resume, she had everything the president was looking for: a woman with a social, ecological and productive profile.

Her first challenge as prime minister was the legislative elections on June 12 and 19. The prime minister obtained the seat of deputy for the Calvados constituency, where her maternal family comes from.

It was the first time throughout his career that he stood for election. Unlike his predecessors Édouard Philippe and Jean Castex, who were mayors before becoming prime ministers, Borne had never held a local mandate. She, too, had not been a deputy or senator until now.

Had she lost the election, Borne would have been forced to resign a month after being handpicked by Macron as prime minister, as she would not have had the legitimacy of the ballot box.

After the legislative elections, in which Macron’s party lost the absolute majority in the National Assembly, there was another government reshuffle at the beginning of July. But Macron kept Borne in office, the second woman in French history to hold the post of chief executive. There had been only one woman at Matignon before her: Edith Cresson, appointed Prime Minister in 1991 by Socialist President François Mitterrand.

Despite spending five years in government, this discreet Parisian is a great unknown to most French people. Borne is the daughter of Joseph Borne, a Belgian-born Jew of Russian origin whose family took refuge in France in 1939, and Marguerite Léscène, a Norman pharmacist.

Joseph Borne, whose birth name was Bornstein, was during the Second World War in the French resistance. He was interned in the Rivesaltes camp. He was deported in 1942 to the Auschwitz death camp, along with his father and two of his three brothers. He managed to survive, along with his brother Isaac, the Holocaust.

Elisabeth Borne’s childhood was marked by drama. Her father committed suicide in 1972 when the prime minister was 11 years old. “She never really came back from the extermination camps,” Ella Borne explained.

Orphaned of a father, she was “ward of the nation”, a title attributed by the French State to the minor children of parents injured or killed in war, in a terrorist attack or who have performed public services.

Borne, very discreet about her private life, married Olivier Allix, now a university professor, in 1989, whom she later divorced. The couple have a 27-year-old son named Nathan.

The prime minister has a more technical than political profile. She is a pure product of French meritocracy, as she likes to remember. She studied thanks to scholarships. Graduated from the Polytechnic School and the National School of Bridges and Roads, Borne, an engineer by training, she is a senior French civil servant. Her professional career has been developed in her integrity in the administration, in ministerial cabinets and in large public companies.

The French press considers the prime minister to be a true “Swiss army knife”, an expression used in France to praise anyone for their effectiveness, their potential or their ability to adapt.

In 2008 she was appointed general director of urban planning at the Paris City Council. She has been director of the cabinet of the socialist Ségolène Royal in the Ministry of Ecology, director of strategy of the SNCF (the French Renfe) and president of the RATP (the public transport company of Paris). She has also been prefect of Poitou-Charentes.

She defines herself as a “left-wing woman” who fights for “social justice and equal opportunities” During her time as minister, Borne reformed the SCNF and unemployment insurance.

Borne, now in the political front line, assumes the position of prime minister “with humility and determination.” “My career has followed a single common thread: to serve” (the French), she said on July 6 in her general policy speech before the National Assembly.

Following her appointment, the Prime Minister has promised a Government of action to find solutions to the problems of the French, from the increase in energy prices to citizen insecurity, through the fight against the COVID-19 pandemic and the consequences of the war in Ukraine.

“I believe in three things: listening, action and results,” Borne said. The French will judge her by her results.

The Pros and Cons of Social Trading

Sun Jul 17 , 2022
Social trading is a type of online investment that allows traders to mimic the behavior of experts and peers. The primary goal is to copy, mirror, or follow the investment strategies of others. This technique has numerous benefits for both traders and investors. This article will discuss the pros and […] 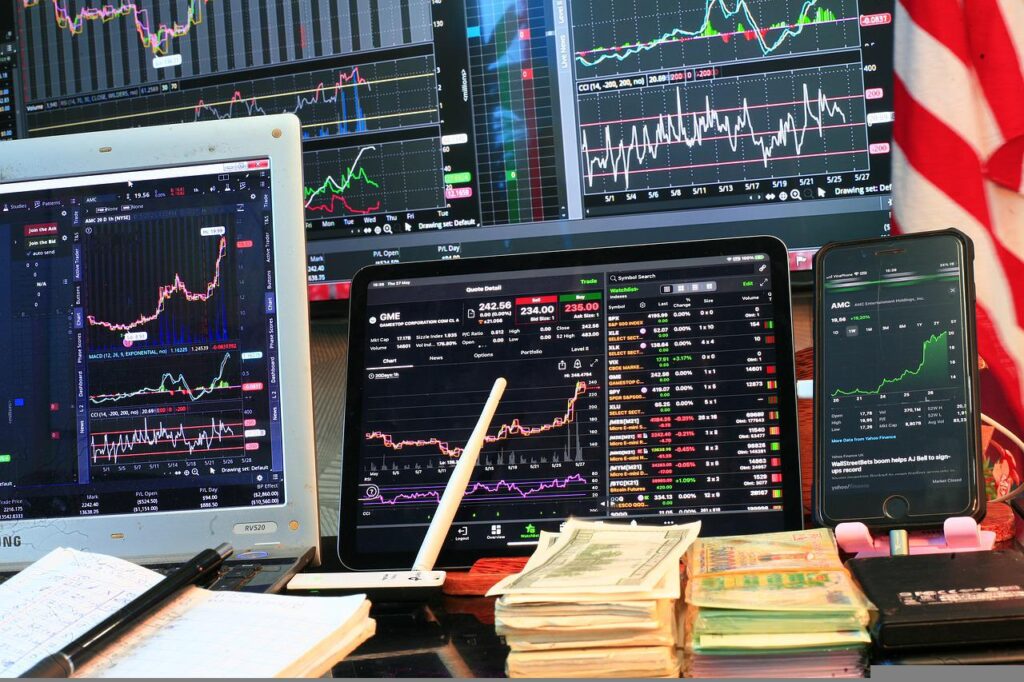