SPAIN, TOWARDS STABILIZATION The co-manager of Drop Shot, Marcelo Cascabelo, maintains that Cascabelo maintains that “the Spanish market can grow somewhat more but it is already heading towards stabilization.”

Given the results to date, Drop Shot’s forecast is to end this 2022 with a growth of between 60% and 80%, according to Marcelo Cascabelo, owner and manager of the company together with his partner, Mayte González.

Cascabelo adds that the turnover for the first semester could have been higher, but it was not feasible for them to meet all the demand due to the difficulties in obtaining raw material. Likewise, the manager points out that the supply of his product is hampered by high transport costs and the shortage of containers.

“Now the main problem is being able to have a stable and continuous production. Everything gets complicated but we are going with good numbers and we hope to finish the year with a record”, affirms the manager.

Drop Shot is working on an expansion of 10,000 square meters in its factory in Pakistan, which it hopes will be completed next October and will allow a production volume of 3,000 daily blades.

Despite the good results experienced by the firm, the manager acknowledges that “the joy of last year, when everyone asked madly, does not occur.” In the new context, Drop Shot’s growth is based on expanding its foreign market, which is made up of more than 70 countries and accounts for 60% of total revenue.

Cascabelo maintains that in Spain the market has reached a mature situation and in this sense he specifies that “it can grow a little more but it is already heading towards stabilization”. Instead, the sport continues to “grow around the world.” The executive highlights that Drop Shot continues with the installation of tracks at an international level, a business that accounts for 10% of the company’s total turnover.

Drop Shot has installed 450 tracks during the first semester. Specifically, the co-manager of the company mentions the high demand received from Central America, South America, the Middle East, areas that have recently been joined by Asian countries such as the Philippines and Indonesia. In Africa the evolution is slower, but the firm is present in Kenya, Angola and South Africa.

“Paddle tennis was Spain because it was only played in Spain, but since it is now played all over the world, not only is the sport globalizing but also the business,” says the manager. Thus, he adds, if a few years ago practically all the paddle brands were Spanish. Instead, there are now numerous Italian, Swedish or Danish brands, for example, and also international sports brands that have incorporated paddle tennis products.

Cascabelo considers that, in the face of the padel boom, many companies and brands have emerged “thinking that it is the panacea” and there has been an over-stock of rackets in the market, which will give way to a stabilization both in quantities and in marks. The manager maintains that “in time there will be a selection, only the strongest brands will remain”

However, Cascabelo states that as the level of padel business rises internationally, multinationals with a lot of experience in the sports sector and with great resources, as well as investment funds, are also entering. Faced with this, Drop Shot is analyzing how to “strengthen the company to rise to the occasion”. Drop Shot’s objective is to establish itself as a leading brand within the top 5 of the market.

For the manager of the firm, the main strength of his company lies in its experience and manufacturing capacity.

However, they need to provide themselves with the tools with which to face the financial growth necessary to “keep up with global demand and the marketing investment that is going to be necessary”. Specifically, Cascabelo indicates that sponsorships and player tokens have become enormously expensive.

Premier Padel, not at the moment

The Drop Shot manager points out that his company will not participate this season in the Premier Padel due to “the uncertainties about its dynamics”. According to him, “it is not very clear what the sponsorship issue is like, it seems that each tournament will be managed locally. Right now there are no global sponsors for the entire circuit. However, he adds that “if it continues, we will study the options.”

On the other hand, Cascabelo states that “we continue to be 100% dedicated to the World Padel Tour. We are delighted that it is alive and running, and to be its sponsors.”

Thu Jul 28 , 2022
Andriy Kostin addresses the deputies of the Ukrainian Parliament after being appointed as the new prosecutor general / afp The appointments of Andriy Kostin as the new head of the Public Ministry and Oleksander Klimenko as head of Anti-Corruption close the crisis of a department that must investigate war crimes […] 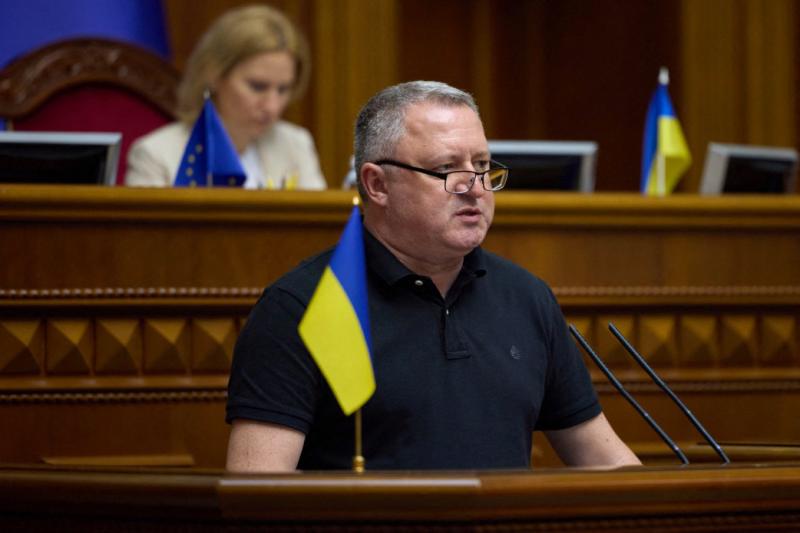