Between the three openings, Dreamfit has invested close to 10.5 million euros to present clubs in accordance with the new strategy developed by the brand, and with which it would definitively leave behind its low cost status.

(24-5-2022). Dreamfit completes the third opening of this 2022. After opening in San Sebastián de los Reyes and Vitoria, it now lands in Parla with which it becomes the chain’s ninth gym in the Community of Madrid and number 23 in total. With these three openings, the banner has invested 10.5 million euros in presenting a new concept of clubs, in line with the evolution followed by the brand.

Dreamfit ends its particular expansion rally that has led it to open three gyms in a period of one month. After opening in March in San Sebastián de los Reyes, and debuting in Vitoria in April, this May it did the same in the Madrid town of Parla.

The new club, which has held its open doors between the 21st and 24th of this month, officially opens its doors on May 25 in a space of 4,000 m2, located in the Parla Natura Shopping Center. With it, Dreamfit officially reaches 23 gyms in operation and reinforces the brand’s position in the Community of Madrid, where it already operates with nine clubs.

With Parla, Dreamfit completes the expansion plan planned for this first half of the year. In the chamber there are two more clubs, to be located in Hospitalet de Llobregat (Barcelona) and in Córdoba, still without an opening date, as they are their own premises that have not been conditioned by rental agreements with third parties, as has happened in the three open projects.

Between the three openings, Dreamfit has invested nearly 10.5 million euros to present clubs in accordance with the new strategy developed by the brand, and with which it would definitively leave behind its low cost status, as CMDsport advanced.

Specifically, the new batch of clubs show a more technological Dreamfit, more in line with segmentation by user profiles and that embraces the boutique concept for specific spaces. The spaces have been redesigned and redistributed, fleeing from the classic organization between cardio, strength, functional training and directed activity rooms. This accompanied by a modern design and aware of the environment.

As for the services grid, its strength, more than 150 activities per week, to which is added a spa area made up of a sauna, steam bath and solarium; as well as a Cross zone. And among the novelties, a Prama Bootiq room, Biocircuit, Dreambreak and Inbody area.

Projects with which Dreamfit completes its turn from low cost fitness to Smart Price. “It is a new stage in which we preserve the essence, but we present more digitized clubs, with careful and high-end design and decoration, hyperconnected equipment and a service configuration designed to put the customer at the center of the strategy”, he pointed out. the president of the network, Rafael Cecilio, in an interview with CMDSport.

More value that is also accompanied by a slight increase in rates, with which Dreamfit breaks the imaginary barrier of low cost, located at 29.90 euros per month, and stands at around 32.90 euros.

Dreamfit has closed the first quarter of the year with a rise of 10% in its turnover compared to the same period of the previous year. Although, from the chain they emphasize that there is still “between 20 and 30% of customers to recover compared to before the pandemic.”

The company expects to be able to end the year exceeding 80% of its recovery, although with the inertia of the new openings its turnover could be around 24 million euros, 23% more than the 19.5 million turned over in 2021.

Knolling: Photographing the Beauty of Order

Wed May 25 , 2022
If you mix product photography, still life, creativity, minimalism and a bit of aesthetic, the result is something that is not as new as it seems but is very fashionable. Its about knolling. You have seen it, you have enjoyed it and it has surprised you. Sure. Do you want […] 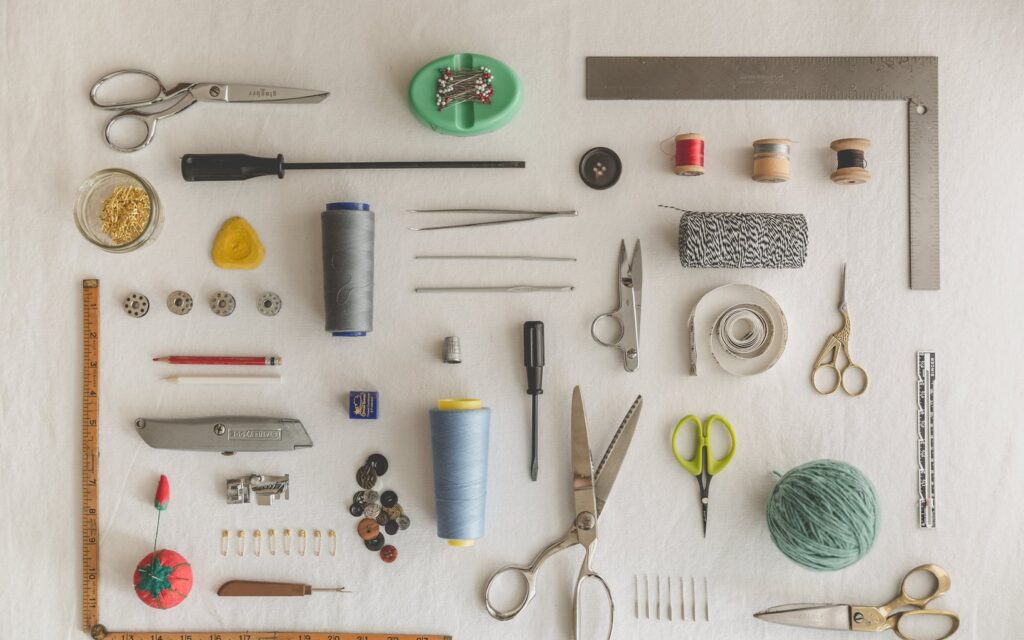