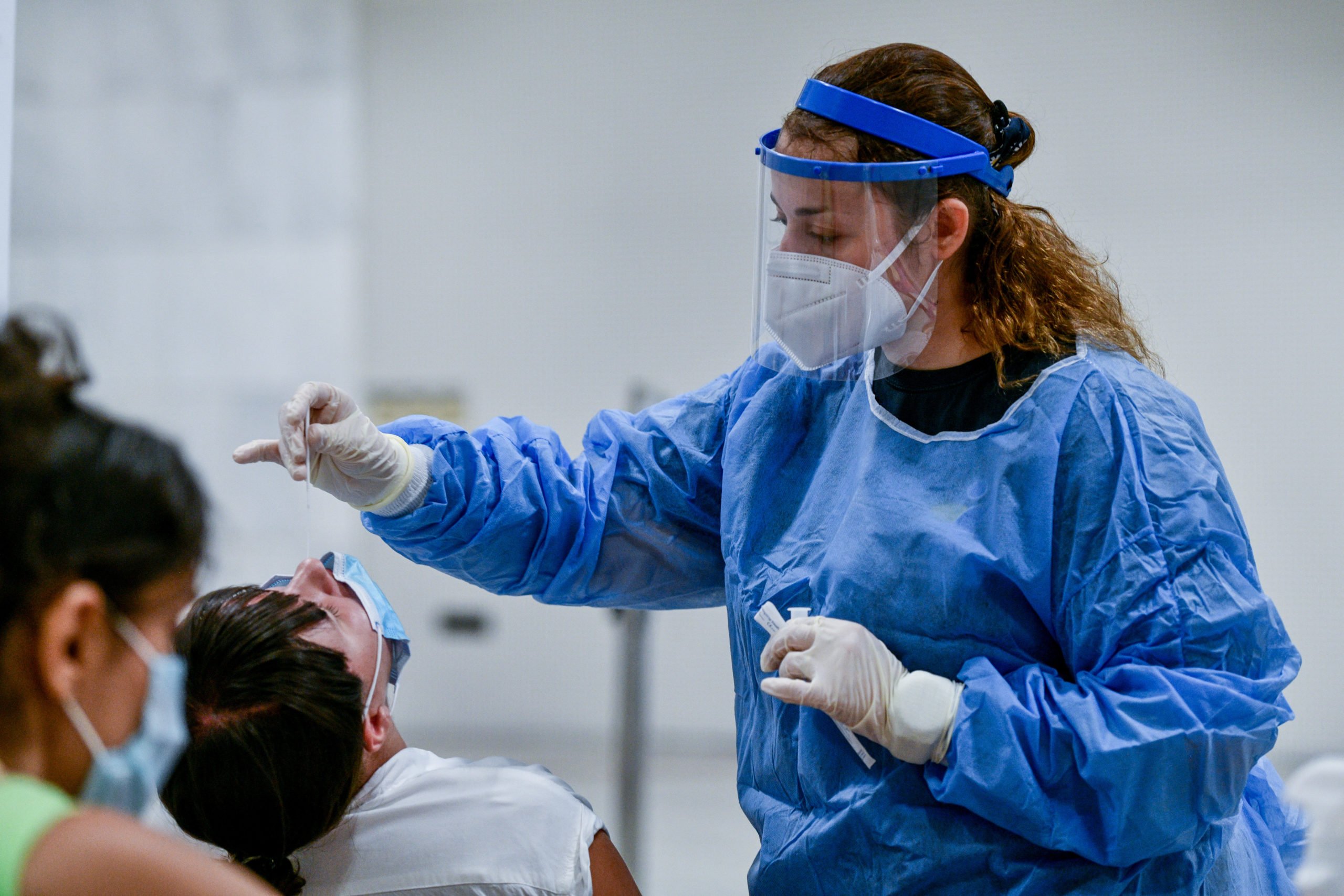 picture alliance / ANE / Eurokinissi | Tatiana Bolari Worrying finding from Belgium: A 90-year-old woman was infected with both the alpha and beta variants of the coronavirus at the same time. Her health quickly deteriorated in the hospital and she died within five days. Researchers are not yet able to assess whether this was related to the co-infection. Double or co-infections with different variants of the coronavirus have hardly been researched so far, but scientists warn against underestimating the phenomenon. A 90-year-old woman died in Belgium who was infected with two different coronavirus variants at the same time. Belgian researchers are investigating such cases of double infections with different virus variants in a study presented this weekend at the European Congress of Clinical Microbiology and Infectious Diseases. The single woman was cared for by a nursing service, but came to the hospital in early March after several falls, where she tested positive for the corona virus on the same day. Her condition deteriorated rapidly and the woman died within five days, according to a statement by the European Congress for Clinical Microbiology and Infectious Diseases. Tests on coronavirus variants would have shown that she was infected with both the alpha and beta variants of the coronavirus. Since both variants were circulating in the country at the time, it is likely that the woman was infected in two different people, said a molecular researcher involved in the study. The researchers couldn’t say whether the co-infection played a role in the rapid worsening of their condition.

The phenomenon of double infections is “underestimated”

The phenomenon of double infections or co-infections has not yet been widely researched and has only occurred very rarely. So far there is no study published in professional journals. However, researchers have already found evidence earlier that people can be infected with several strains of flu. The cases suggest that co-infections could occur more frequently than previously known. “The global occurrence of this phenomenon is likely underestimated as there is limited testing for worrying variants,” said Anne Vankeerberghen, lead author of the study and molecular biologist from OLV Hospital in Aalst, Belgium, as reported by Bloomberg. Co-infections still have to be kept in mind, according to the researcher. Previously, in January, scientists in Brazil reported for the first time about two people who were infected with two different variants of SARS-CoV-2 at the same time. In Brazil, co-infection did not appear to have any effect on the severity of the patient’s disease, and both recovered without hospitalization. Read too Effects of the Delta Variant on Critical Herd Immunity: Will the Pandemic Ever End? so-called

Board approves changes to adapt the organizational structure