Blockchain and Artificial Intelligence are two of those concepts that may still sound strange to us, but that will have an absolute impact on the future of the world… making it better or worse?That is the question that many continue to ask these days, and although it is already clear that technologies in and of themselves are neither good nor bad, there are several issues that we should consider

We have talked a lot about these new technologies in recent years, and the impact that they will have for human beings as individuals and for humanity as a collective. But the question about whether they bring Blockchain and Artificial Intelligence to a better world may not be answered yet… or can it?

The fact is that there are not a few who are trying to reach conclusions in this regard. And that is why we already have several thoughts that are well worth considering, because they could be telling us what will happen in the medium term.

Daniel Schmachtenberger, an intellectual recognized for his considerations in this regard, has already warned that if we leave everything in the hands of technology to solve problems, we may make a big mistake. Reviewing the latest news on the market in his popular podcast, this expert pointed out that we are historically poor stewards of our technology. And that we must be extremely careful with Blockchain and Artificial Intelligenceif we do not want misuse to turn them against us very soon.

The way out of corruption?

Schmachtenberger provides an inspiring perspective on how modern technology can also help us move towards a more transparent and less corrupt civilization. One in which education is at the core to empower people. On these precepts he bases the use of AI and Blockchain in our favor.

Just take a look at Internet forums, or even social networks like Twitter, to read a statement similar to this: «Blockchain can end government corruption«. But many of us are not entirely clear how this new technology can help, as a transparent digital ledger, to make things easier for those who try to discover corruption in state agencies, or why not also private parties involved.

This specialist details that thanks to Blockchain we will be able to force governments to put all their finances, with all expenses, in a publicly available database, for anyone to review at any time.

When we put this into the perspective of how much federal money goes missing or ends up in very opaque construction, technology can and will solve a major problem, which will save billions of dollars. For the year 2018, the World Economic Forum estimated these losses at 5% of world GDP, 3.6 billion.

The UN Secretary General, António Guterres, warned about this problem at that time:

Corruption can be an engine of conflict, on which it thrives, and is linked to forms of instability such as illicit arms, drug and human trafficking, terrorism and violent extremism. The problem is present in all nations: rich and poor, North and South, developed and developing

And a better democracy?

On the other hand, there are those who maintain that the predominant political systems on the planet are not democratic. Some of the founding fathers of the United States argued that voting was “the death of democracy.” They thus expressed their disappointment at the impossibility of reaching agreements through discussions and consensus.

Artificial Intelligence should be able to solve some of the main moral conflicts of people, reaching basic foundations for the construction of modern democracies. This, although the goodbye of voting as we know it today is not in sight, which have come to stay definitively.

The same technology to make better and more educated humans?

Schmachtenberger believes, on the other hand, that these same technologies can and should be used to “make” better humans. Humans more educated according to their circumstancespersonalizing your learning over time.

In the crypto space, Holochain comes close to offering a web3 environment for peer-to-peer applications. These deals could be to educate users and offer them smart roadmaps, content, and metrics of where their development can go next. Thus facilitating their performance in the industry they prefer.

The short-term outlook for our society is that 2 billion people will soon be out of work due to automation. They will be replaced by robotics, most of which are run by AI. So, for the first time in history, we will not need human physical strength to make the economy work.

Here is a great opportunity to build society from the ground up again and include these groups and give them a chance to live meaningful lives. Instead of those machines ending up displacing them entirely.

Schmachtenberger thinks that the idea of ​​the billionaires is to give a universal basic income with the surplus, letting those who have been displaced spend most of the day in the metaverse, out of the way. The obligation of all of us is not to allow them, and to advocate for a real inclusion of each human being. 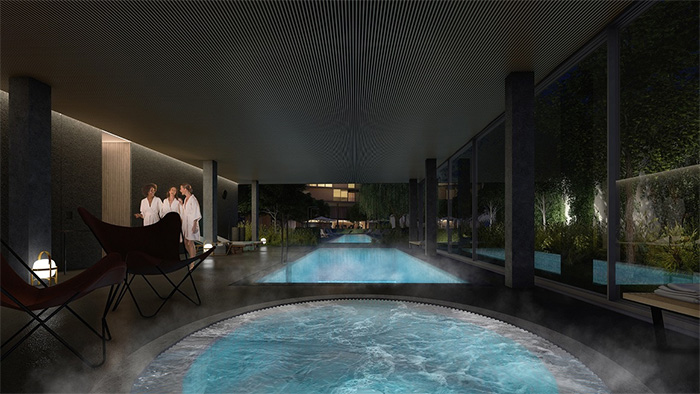