Didac Sabaté has done a great job for Scott during the ten years he has been working for the brand.

(2-3-20220). Didac Sabaté has decided to end his professional stage as head of the Scott Spain marketing team, which he has been holding for ten years.

Over the last decade, Didac Sabaté has contributed to adapting the general marketing strategy of the Scott brand to the needs of the Spanish market and has also fostered interaction between the brand and the consumer from a more emotional paradigm.

After these ten years at Scott, Sabaté has stated that “I came to Scott at one of the best moments of the brand, with a very ambitious project, which invited us to be part of one of the most promising stages of the brand.”

As he added later, “Scott has also allowed me to meet colleagues, athletes and different professionals in the sector whom I want to thank for the opportunity and the unconditional support they have given me”.

In his thanks, the manager wanted to highlight the cooperation of the media. Of these he has assured that “I have felt very supported from minute one, generating bonds of trust and mutual respect. I’m sure our paths will cross again at some point.”

Didac Sabaté concluded his message stating that “I feel that it is not a goodbye, but a see you soon… Because the passion for this sport will always keep us connected”.

For its part, from the distributor in Spain of the Scott brand, that is, BM Sportech, the company has thanked him for “the contribution made during all this time”, highlighting that “a large part of the development of the brand at a national level is the result of his dedication, effort and the feeling of making the Scott project his own”.

BM Sportech has concluded by pointing out that “in this last transition period, Didac’s focus has been to leave an autonomous marketing department prepared for the new future challenges. We wish him all the best for his new professional direction.”

“If Ukraine has to be defended, I will be there”

Wed Mar 2 , 2022
Young Valencians who aspire to enter the Army after Putin’s attack claim to feel “more motivated, if possible, to fight for freedoms” 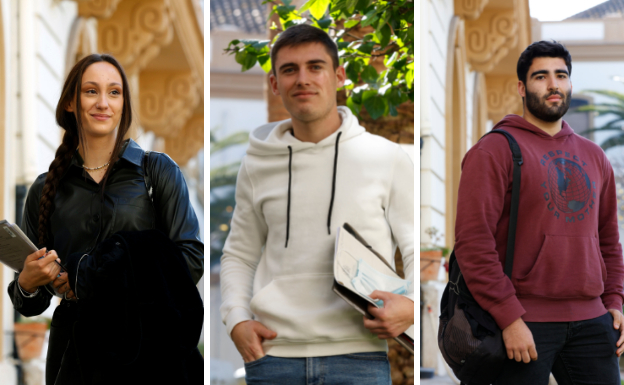