The students of the Uvalde school escape from the shooter with the help of the police. /Reuters

Twenty senators, ten Democrats and as many Republicans, put US gun legislation on the path to historic reform this Sunday. After intense negotiations, they agreed to sign a declaration that lays the foundations for introducing modest changes aimed at curbing the indiscriminate trade in pistols, shotguns or rifles. They are moderate requests, but of high significance in a stunned and blocked society by constant shootings, which witnesses with concern the increase of 18-year-olds and minors turned into lone gunmen.

The agreement substantially expands the margin of the judges to determine if a person is qualified to dispose of weapons or represents a danger to himself or others. It increases federal crimes related to them. In the case of those under 21 years of age, the purchase will be subject to a prior criminal record check at the federal level and that the client is clean of juvenile missteps with the Justice and has not had mental health problems. The senators also propose to go beyond the current regulation regarding those who have been sentenced for gender violence. Until today it is prohibited to sell weapons to spouses convicted of assaulting their partners, but if the agreement goes ahead, the boyfriends will not be able to acquire them either, which at this time constitutes a legal loophole that facilitates the commission of hundreds of crimes every year in the country

The agreement, announced this Sunday, represents a historic milestone also because of its immediacy. The senators began work in the days following the May 24 massacre at the Uvalde, Texas, elementary school, in which an 18-year-old man shot and killed nineteen children and two teachers. The massacre produced a special horror in the US population due to the tragic dimension of the shooting itself – as the hours passed it was learned that the criminal, Salvador Ramos, killed the little ones, shot until they were unrecognizable – but also because it is of a society full of blood. Just ten days earlier, another individual murdered a dozen people in a Buffalo supermarket. So far this year, the United States has recorded 213 mass shootings and 17,000 gun deaths. Of these, about 9,500 have been filed as suicides and among all the fatalities there are 650 children. Typically, an average of 40,620 people lose their lives to bullets annually, according to the Gun Violence Archive. “There are more mass murders than there are days in the year,” says Connecticut Democratic Senator Chris Murphy.

The twenty senators of the working group have also proposed an ambitious plan to invest billions in mental health programs, given that a high number of shooters have previous symptoms of disturbance or lack another motive to drive their actions. They also plan to dedicate part of the funds to improvements in security in schools, which would be added to the initiatives put into practice in the last twenty-three years, since the Columbine Institute massacre, to shield educational centers against armed intruders.

The pact is a first step, but its authors gave the key yesterday by describing it as an important starting point that can lead Congress to dictate the most important national response in the last three decades to this type of violence. The disagreements between the Democrats and the Republicans – fueled by the gun lobby – have been constant, but a framework agreement could end the so-called qualified majority rule in the Senate, an obstructionist strategy that has prevented the launch of a new legislation on the sale of arms to civilians. Nearly four out of ten Americans have between one and five firearms in their homes.

“Families are scared and it is our duty to unite and do something to help restore their sense of security in their communities,” says the statement released by the senators, for whom their proposal will allow “saving lives” and protect the constitutional rights of the citizens.

“Significant”, but far from Biden’s expectations

It represents a “step in the right direction”, but “obviously it does not do everything that I think is needed”, President Joe Biden commented yesterday on the agreement reached by the twenty Democratic and Republican senators on arms trade. Although it is far from his expectations, and from what the majority of the Democratic Party wanted to achieve, he acknowledged that, if it goes ahead, this will be “the most important gun safety legislation passed by Congress in decades.” “Every day that passes, more children are murdered in this country. It is important that the agreement reaches my office as soon as possible so that I can ratify it and we can use these measures to save lives, “added Biden. Beforehand, the proposal must become a bill and pass the approval of the full Senate and congressional. Given the bipartisan pact sealed yesterday, it is likely that the Democrats will have the support of the conservatives for approval.

The title of the fitboxing world championship stays in Madrid

Mon Jun 13 , 2022
(10-6-2022). The team that came from Sanchinarro was the best throughout the final day, in which 64 teams from Spain, Italy and Portugal were looking to hang a medal recognized by the World Boxing Council (WBC). End to one of the most anticipated events on the asphalt of the Caja […] 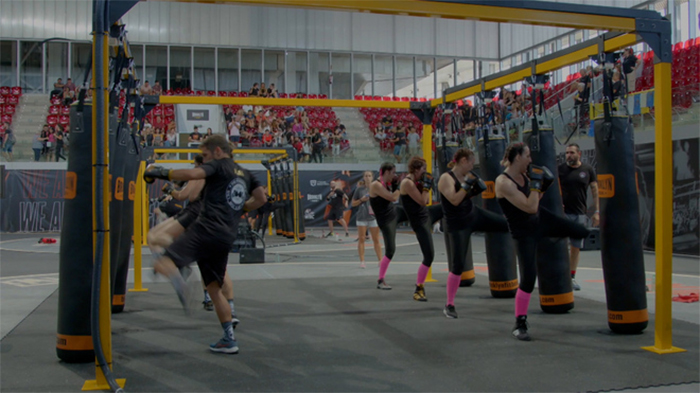