The harmful consequences on the planet are mainly due to human behavior related to electricity consumption, fuels, waste and the destruction of ecosystems.

Santiago de Chile.- Climate change is one of the main challenges facing society to protect its future and that of the planet. Global warming is a reality, and reducing our impact is urgent, which has been discussed worldwide for a couple of decades.

We are currently facing an undeniable phenomenon that has harmful consequences on the planet: the greenhouse effect. The melting of ice, the rise in sea level, the forced migration of species or the desertification of fertile territories are some of the concrete signs of said climate change. These are mainly due to human behavior related to electricity consumption, fuel, waste and the destruction of ecosystems.

To curb climate change, there is a way: decarbonization. This corresponds to a progressive process of reducing emissions of C02 to the atmosphere. Its goal is to achieve a global economy with low emissions that achieves climate neutrality through the energy transition.

So, to achieve decarbonization, a structural change is needed to remove carbon from energy production. It is about promoting the economy based on clean alternative energies that emit only what the planet can absorb. If we manage to reduce these emissions and achieve Carbon Zero, we will be taking a very important step in the fight against global warming.

Thus, addressing this problem and reducing the amount of energy used by factories, homes, buildings and economies is an important way to reduce our impact. However, in order to be carbon neutral, the commitment of society, governments and large companies is of vital importance. Both government policies are needed to make a low-carbon economy a reality, as well as initiatives to promote innovation and sustainable development.

The transition from fossil fuels to renewable energies is a key point in this fight against climate change and represents a new paradigm.

The transition to renewable energies implies taking a step forward. It is about promoting existing approaches and technologies and putting them at the service of this paradigm shift.

The Sant Cugat CAR and Synergie promote the CAR'Speakers project

Fri May 6 , 2022
Ramon Terrassa, director of the CAR, the Olympic swimmer of artistic swimming Berta Ferreras, and Sílvia Balcells, general director of Synergie Spain. (5-5-2022). Synergie and the Sant Cugat High Performance Center have renewed their agreement to promote the CAR’Speakers project. It is a collaboration that unites the world of business […] 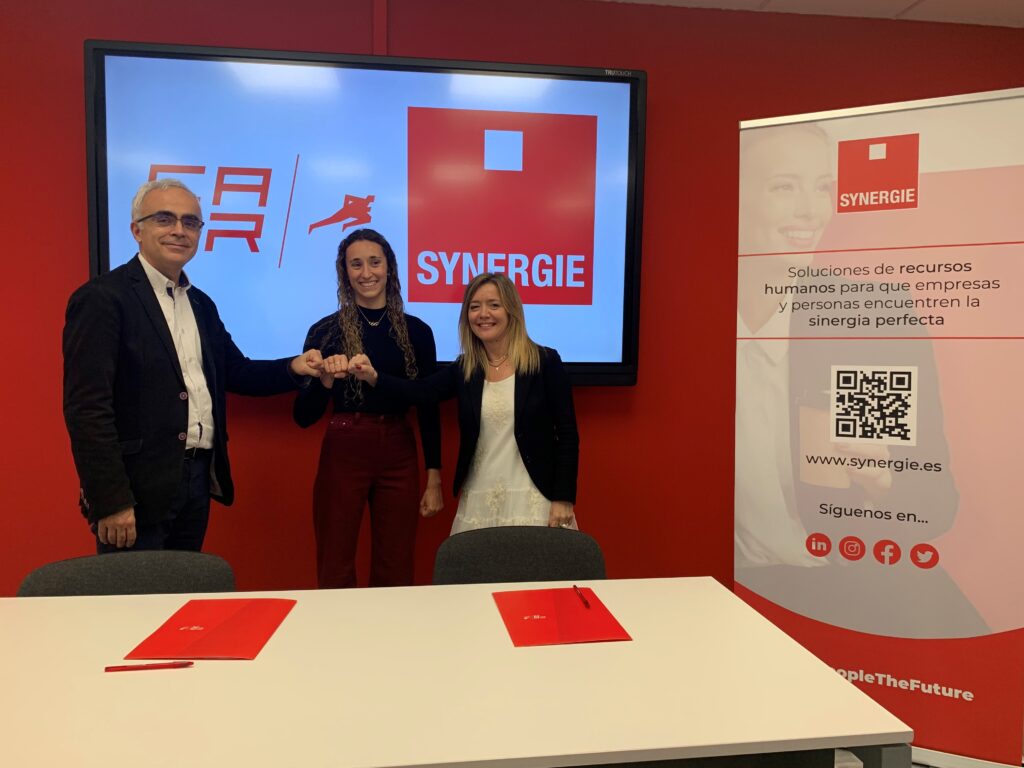