The RBB boss Patricia Schlesing has been heavily criticized for her lavish salary increase to 303,000 euros for several weeks. But what do the other station bosses earn?

According to an internal salary report, which is available to “Welt”, WDR boss Tom Buhrow earns the most with an annual salary of 413,000 euros. One of the reasons for this is that WDR takes in most of the broadcasting revenue.

SWR director Kai Gniffke came second with a salary of 361,000 euros. This is followed by NDR boss Joachim Knuth with 346,000 euros.

The RBB director Patricia Schlesinger has been heavily criticized for several weeks. The reasons for this include ominous consulting contracts and lavish salary increases. Accordingly, Schlesinger’s salary was recently increased by 16 percent to 303,000 euros – this caused resentment, especially within the station, which is currently short of cash. While savings are being made on personnel and the program, the boss is collecting the money, so the accusation.

According to information from Business Insider, however, Schlesinger has indicated in internal rounds that she wants to offer to waive the controversial salary increase. In view of the financial situation at RBB, a wage increase is not justifiable. Shortly before that, however, she asserted that she would only draw level with the male directors of ARD.

But Schlesinger is not the only boss who receives lavish salaries from ARD. The high remuneration of the ARD directors has long been viewed critically. But what do the other station bosses earn? An internal salary report, which is available to “Welt”, provides information about the top earners among the nine directors of ARD. 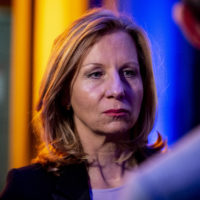 303,000 euros a year: is ARD boss Patricia Schlesinger giving up her salary increase because of the consultant affair?

The top position is taken by WDR boss Tom Buhrow, who, according to the report, received an annual salary of 413,000 euros last year. He is followed at a little distance by SWR director Kai Gniffke, who received an annual salary of 361,000 euros, and NDR boss Joachim Knuth with 346,000 euros a year. Apparently there are no universal rules for how salaries are distributed. As a rule, however, the amount of the director’s salary depends on the respective budget of the station. As the largest broadcaster on ARD, WDR earned around 1.24 billion euros from broadcasting last year – which explains, among other things, the top salary of WDR boss Buhrow.

While most broadcasters are recording an increase compared to previous years, Bayerischer Rundfunk is making significant savings. Katja Wildermuth took over her position at BR in February 2021, with a starting salary of 340,000 euros. With her predecessor, Ulrich Wilhelm, the salary was still 403,000 euros. The reason is that Wildermuth is still in the first term of office, the BR said when asked by “Welt”. The Saarländisches Rundfunk also reduced the director’s salary by around five percent to 245,000 euros last year.

The fact is, however, that the ARD directors earn a comparatively above-average amount. According to the “Welt” report, an ARD spokesman asserted that the ARD bosses “take on a lot of responsibility” and are therefore “remunerated outside of the collective bargaining agreement”. “The supervisory bodies of the respective broadcasters then decide on the salaries of the directors, the management and the other non-tariff employees. The heads of the houses do not determine their remuneration or any other benefits or the term of the respective contracts themselves,” it said.

For the above-average payment, there is still more and more criticism, both internally and externally. Should Schlesinger actually refrain from the salary increase, it would be the first personal consequence of the affair, which has been casting a shadow over public broadcasting for a few weeks. 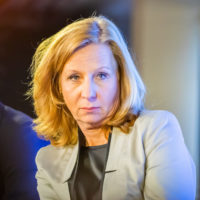 Internal planning for controversial construction of millions: RBB wants to finance new media center with the help of the company pension pot

Wed Jul 27 , 2022
There are many applications focused on this type of work and that many users around the world use on a daily basis. Furthermore, we must bear in mind that many of these software solutions are compatible with both desktop computers and mobile devices. In this way we will be able […]