The corporate earnings season merges with economic indicators and monetary policy decisions in the first week of August. The beginning of the busy month will also be marked by new polls and the end of party conventions. The Monetary Policy Committee of the Central Bank (Copom) starts its fifth meeting of the year on Tuesday (2) and the following day it should announce a new increase in the Selic rate. The average market projections, according to the Refinitiv consensus, point to a 50 basis point increase to 13.75% per year. If the adjustment is confirmed, interest rates in Brazil will be the highest in five years.

For Itaú, raising interest rates by 50 points is a coherent decision in relation to the draft of the June meeting, in which the BC pointed to an adjustment of the same magnitude as the last meeting. “We hope that the Copom will indicate a probable scenario for the end of the tightening cycle, but leaving the door open for a final hike at the September meeting, in the event of a deterioration in the inflationary scenario”, wrote economist Mario Mesquita.

He also highlights the Central Bank’s Focus report to be released this Monday (1). “This will be a particularly relevant release as we believe inflation uncertainties are higher than usual given recent tax cuts.” For Mesquita, a deterioration in the market’s outlook on inflation may lead the committee to make a new adjustment in September.

On the same Tuesday that the Copom meeting begins, industrial production for June is also released. Itaú forecasts a drop of 0.2% in relation to May, with a slightly negative result in the manufacturing sector and an increase in the mining and extractive segment. “It is important to point out the uncertainties regarding this last segment, which fell by 5.6% in May compared to April and may show a greater recovery than expected in June”, says the analysis of the economist at Itaú.

The week also brings important figures from the automotive industry. Vehicle sales for July should also be announced on Tuesday by Fenabrave, the distributors’ association. Anfavea, which brings together the manufacturers, will disclose its numbers on Friday.

Labor market data stands out in the US

Described as “tight” by the Federal Reserve, the Central Bank of the United States, the American job market will have its official numbers released on Friday (5). The Refinitiv consensus predicts a slowdown in job creation, from 372,000 in June to 250,000 in July. The unemployment rate is expected to remain at 3.6%.

Before payroll, there is the JOLTS report, on Tuesday, and the average of market projections points to 11 million open positions in the United States, still in the month of June. The ADP survey of employment in the private sector is suspended until the end of August, as the institute responsible for the publication is revising its methodology.

Still in the United States, investors should follow the purchasing manager indices (PMI) for the industry (on Monday) and for services (on Wednesday), which, in the last reading, presented a number below 50, which indicates retraction.

On Thursday (4), the Central Bank of England (BoE) will also make a decision on interest rates. According to the Refinitiv consensus, the monetary authority is expected to raise the rate for the sixth consecutive time, by 25 basis points, to 1.5%. Inflation in the UK is up 9.4% in 12 months, the highest rate since 1985.

In the euro zone, where the European Central Bank raised rates for the first time in 11 years, has the producer price index on Wednesday. The Refinitiv consensus points to a positive variation of 1% in July, in the monthly comparison. In June, European producer inflation accumulated a high of 36.3% in 12 months.

The second quarter 2022 earnings season gathers momentum, with several releases planned throughout the week. While Bradesco (BBDC4), Embraer (EMBR3) and TIM (TIMS3) are highlights in the Brazilian agenda. Popular companies also release earnings in the United States: Uber, Starbucks, AirBnB and Paypal will release their results on Tuesday.

Check out the schedule of releases for the week below and see the full schedule for the season here:

Sun Jul 31 , 2022
At Lufthansa there is a risk of new strikes after the pilots vote. Getty Images The members of the Cockpit Association (VC) voted in favor of a strike with a large majority. Flight cancellations and delays could soon occur again at Lufthansa and Lufthansa Cargo. A labor dispute involving around […] 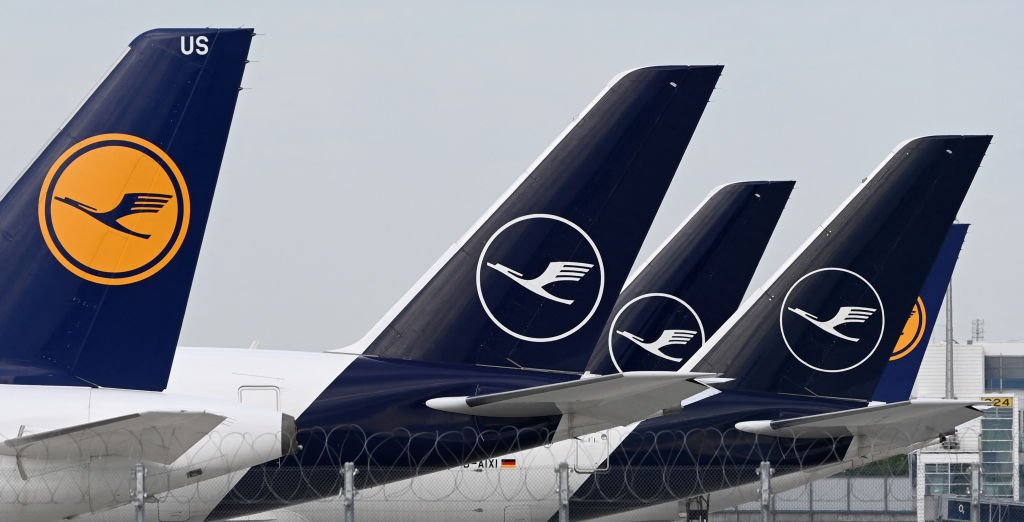