Call of Duty: Vanguard appears in a week and marks with the launch also a series of events that lead to the release of the new Warzone map. Activision has now announced the schedule and also reveals the release date for the new home of the Battle Royale fans.

Call of Duty: Vanguard appears in a week and marks the launch of a series of events that lead to the release of the new Warzone map. Activision has now announced the schedule and also reveals the release date for the new home of the Battle Royale fans.

Call of Duty: Vanguard will be released on November 5, 2022 and will start with a preseason, which should then pave the way for the new Warzone map. Not only the location is changed, but also the name. Activision's Battle Royale hit will be called Call of Duty: Warzone Pacific in the future.

There is a roadmap for the preseason:

The new map will be named Caldera . Before you can visit the Pacific island in the first season for Vanguard integration, there is still a lot to do:

Vanguard's preload started on October 28th on the consoles. On the PC, you can start on November 2nd.

Call of Duty: Vanguard starts on Friday. In addition to a new solo campaign, you can of course also expect classic multiplayer and zombie mode. November 5th is also the start of the preseason in which you can level up the old Season 6 Battle Pass and of course unlock the weapons and their attachments from Vanguard. The return of the Map Shipment on November 17th is particularly suitable for this.

At this Warzone event you look back on the last 18 months and you will probably be able to play some highlights from the past again. Of course, there are some rewards to be earned again for this event.

November 24th: Secrets of the Pacific

It is also a Warzone event where you can learn more about the new map Caldera. Here, too, of course, there are tasks, the completion of which grants rewards.

The third and final Warzone event and also the end of Verdansk. Maybe this time it will actually blow up.

Verdansk is a thing of the past and the new Warzone map will be the Caldera. Incidentally, Rebirth Island will remain with you. If you own Vanguard, you can even go to the new island a day earlier. With the start of Season 1 there is also a new Battle Pass with the first new weapons and lots of cosmetics to unlock.

What exactly is hidden behind the individual events will only be announced in the coming weeks. The new anti-cheat system Ricochet will also be released for the Warzone Pacific launch. Parts of the system will already be active at the launch of Vanguard, but the chervil driver will not start working until Season 1.

Facebook has come a long way from just a social network to stay connected with your friends and classmates. Today, its user base is thousands of ... Read more 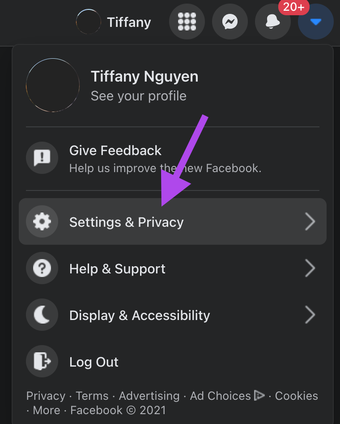