With Call of Duty: Vanguard the series returns to the thematic roots. For the campaign, this means a successful staging of already known images. CoD's heart, the multiplayer, on the other hand, can shine with real advantages.

With Call of Duty: Vanguard, the series returns to its thematic roots. For the campaign, this means a successful staging of already known images. CoD's heart, the multiplayer, on the other hand, can shine with real advantages.

Note: This Call of Duty: Vanguard test does not yet contain a final rating or a detailed discussion of the multiplayer. Before the launch, there was no adequate way to test the multiplayer as you would find it in the game. We will of course deliver the full test as soon as possible.

Is the year over again? Call of Duty: Vanguard not only replaces its predecessor Black Ops Cold War with a much shorter name, but also switches back to World War II. As usual, you get a bombastic single player campaign, an endless zombie mode and the core of every CoD, the multiplayer. While the first two modes are quite thin, the multiplayer is a real stunner in terms of content and playability (for the time being).

In Vanguard you experience the birth of the special forces and in the course of the story slip into the roles of a total of four different characters , each with a few playful idiosyncrasies. The first mission of leader Arthur Kingsley fails, however, which leads to the capture of him and his team. During the interrogation you will learn the backstory of the British soldier Kingsley, the Soviet sniper Polina Petrova , the American pilot Wade Jackson and the Australian explosives expert Lucas Riggs through missions. According to these descriptions, some of the missions of the four individual characters are always canceled.

The antagonists are GESTAPO director Hinrich Freisinger , who is trying to find out what the Allies know about his secret Phoenix project. During interrogation by specialist Jannick Richter, it turns out that there is a conspiracy among the Nazis.

The campaign is well staged as usual and captures the atmosphere and thus the horror of the war well in many places. Graphically, the campaign shines from the cutscenes to the weapon animations. The high level of detail contributes greatly to immersion. Coupled with the great soundscape, this CoD campaign is also a real experience.

Unfortunately, the successful staging is a very short pleasure . Besides, the story doesn't reveal much. Most of the time you play the single missions of the four main characters, none of which you will really get to know in the near future. You will also learn very little about the birth of the special forces , because Vanguard owes the story of how the four got together. The same applies to the motivation of the antagonists. At the end of the war they want to save their own skin, protect Project Phoenix and do the classic Nazi things for that. They threaten, torture and try psychological games while smoking.

Small spoiler: You simply won't find out what exactly this secret project is. In the end, you come across tons of files that talk about places all over the world where Nazis want to do Nazi things, and the moment you think it's going to really start, the credits begin. The whole campaign is far too long an exposure for a story that you will not live to see.

The bottom line is that you've seen it all before. The fact that you have probably rarely seen all of this so beautiful can only make up for it to a limited extent. As beautiful as the atmosphere is and as thrilling as the staging is, the story builds on something on very thin legs that doesn't even exist in the end. Unfortunately, Vanguard misses the exciting narrative that Cold War used.

The co-op add-on for a Call of Duty is usually the zombie mode. In Vanguard, he tells the prehistory of the Dark Aether events from Black Ops Cold War. There are, however, some differences in gameplay. The zombie mode now has something like rogue-like elements . From a hub in Stalingrad you start various tasks on other maps through portals. After successfully completing it, you will return to the hub, which will unlock new areas where you can upgrade your weapons, craft equipment and equip yourself with perks.

However, there are only three types of portals and only three types of opponents . After about an hour you have seen pretty much everything in terms of content . After that you can of course repeat the increasingly difficult portals in an endless loop until your team is dead or you activate the portal to exit.

By the start of the first season on December 2nd, that will be all the zombie mode has to offer. The hub mechanics work well and the gameplay itself is fun, it just gets very monotonous very quickly.

Since the multiplayer is the heart of every Call of Duty, you would only like to make an assessment after sufficient playing time. With 20 maps , the new Champion Hill mode and a progress system that now even includes the operators , the multiplayer offers a really large scope. Many points of criticism from the beta seem to have been resolved as well, so I'm curious to see how the potential of the multiplayer will unfold.

You can expect a final overall conclusion including evaluation in the coming days. So far, the campaign and zombie mode make a good overall impression, but have come out very short. As usual with Call of Duty, the quality of the game stands or falls with the multiplayer.

Call of Duty: Vanguard is available from November 5, 2022 for PS5, PS4, Xbox Series X | S, Xbox and PC and offers crossplay for the multiplayer modes.

Snipping Tool is a handy utility in Windows 11 for taking screenshots and editing them. Being a native Windows application, Snipping Tool works perfectly in ... Read more

The entry The 7 best ways to fix the snipping tool not working in Windows 11 was first published in TecnoTuto. 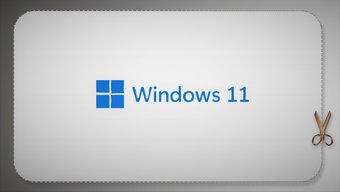