Do Kwon, the controversial co-founder of blockchain Terra (LUNA), is being wanted by Interpol after having an arrest warrant issued by a South Korean court. He would have, according to publications, violated the Capital Markets Act of the country.

Kwon’s arrest warrant comes four months after the $40 billion collapse of the Terra (LUNA) project and its algorithmic stablecoin UST, which was the first to evaporate this year’s crypto winter.

Some believe he is hiding out in Taiwan given that, under pressure from China, the country is excluded from most international organizations in the world, including the United Nations, the World Health Organization, the International Civil Aviation Organization and the Interpol itself.

South Korea has extradition treaties with 31 countries around the world, but there are 195 members of Interpol. Even if Kwon is in a country that does not have a formal extradition treaty with South Korea, “extradition is possible based on the reciprocity guarantee by the requesting state that it will accept extradition requests from Korea for identical or similar crimes.” according to a briefing prepared on the subject by Korean lawyers and published by the consultancy GIR Insight.

Read more:
• South Korea wants to invalidate the passport of the co-founder of the Terra project (LUNA)

The latest installment in the Project Terra saga highlights not only the options Korean authorities may have to arrest Kwon, but also the challenges of extradition.

Watch: What Happened to the Ethereum Clone That Sank 80% Days After Launch

Since the launch of the International Fugitive Round-Up and Prison (INFRA) program in 2009, Interpol’s operations have led to the location or arrest of about 1,000 fugitives, according to the agency’s website, but international relations with law enforcement issues can be complicated.

In a tweet posted last week, Kwon insisted he wasn’t “running away”:

“Dear Twitter, I’ll tell you what I’m doing and where I’m at if 1) we’re friends; 2) we have plans to meet; 3) we are playing a Web3 game that uses GPS. Otherwise you don’t care what my coordinates are. I really don’t understand why the truth would be otherwise – think about whether you would be comfortable with the same level of invasion of privacy.”

Despite Taiwan’s exclusion from Interpol, the authorities have shown great interest in international cooperation in judicial matters and mutual legal assistance by signing agreements with countries around the world. South Korea is not on the list, but it has an “exchange of court materials” agreement with Taiwan.

Domestically, the government has updated its extradition laws to align with international practices. The law says Taiwan can refuse extradition requests on limited grounds, including: “risks to Taiwan’s sovereignty, national security, public order or international reputation.”

How far will cryptocurrencies go? What’s the best way to buy them? We have prepared a free class with step by step. Click here to watch and receive InfoMoney’s cryptocurrency newsletter

Tue Sep 20 , 2022
Rapid update announced Apple takes care of iPhone 14 Pro shakers 09/20/2022, 11:32 am Apple is unusually quick to respond to a problem with the iPhone 14 Pro that can cause the main camera to spin in third-party apps. The company announces an update for next week. It’s also supposed […] 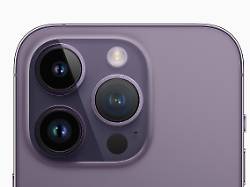