A Chilean company that is committed to democratizing access to photovoltaic solar energy, its purpose is to make the installation of solar systems available to everyone, for the electricity consumption of homes, businesses, communities and public services.

Santiago de Chile.- The growing demand for renewable energy –particularly solar energy–, in the public and private sectors, has prompted electricity service companies to expand their portfolios towards distributed generation through the integration of ecological, sustainable technologies and new models of business for industry. Chile has not been left behind, being local entrepreneurs who lead the initiative.

In 2013, Ciudad Luz was born, a project created by four young professionals who set their sights on how to take the way of contributing to the electricity market in Chile to a new level. His dream? To be able to develop solar energy projects accessible to all, through innovative business models and solve financing for clients. With this, a real alternative is generated to intensify the use of photovoltaic solar energy (PV) in all corners of the country, and thus destigmatize the idea that the installation of solar panels is expensive and only for some.

Recent international studies addressed the expected impact of solar energy generation in 2022, in line with the current needs of companies and organizations that seek to achieve carbon neutrality to adapt to new market requirements, driven by climate change.

From these analyzes it emerged that solar photovoltaic installations worldwide registered double-digit growth in 2021, both in large-scale and distributed generation and are projected to reach a positive rate of 20% or more by 2022, according to the company. of English information IHS Markit.

Chile took the path of effective decarbonization in electricity generation, while megaprojects will be increasingly difficult in the medium term. So how do you build the necessary capacity for the country? The solution lies in distributed generation.

Ciudad Luz’s mission is to transform photovoltaic solar energy into the most accessible and competitive source for self-consumption of electricity by homes, businesses, communities and public services, becoming an effective agent of change in the distributed generation industry and a pillar of sustainability in Latin America. With this, change the paradigm of the current electricity market, where large projects increasingly difficult to carry out predominate.

The so-called Citizen Generation Law opened the space so that all those who decided to reduce their electricity expenses could do so with a regulatory framework, and this is when Ciudad Luz took great prominence, with the presentation of projects designed to solve the main problem for conversion to these technologies: high investment.

“We always had in mind to make PV a truly accessible and competitive source for self-consumption by all types of users. Years ago, it was thought that installing solar panels was only for those who could afford the investments, however, we managed to generate a system that does not require initial capital, and that allows us to save significantly on annual electricity costs,” says Tomás. Steinacker, Partner and Commercial Manager Ciudad Luz.

Since 2015, under the Netbilling law and its regulations, individuals can be producers of their own energy and if they produce more, they can sell it to distributors, – However, many people do not know the steps that must be taken continue to achieve clean energy in their homes.

“The radical nature of the Law is that it democratizes clean and safe access to electricity, but above all by decentralizing generation and allowing it to take place from anywhere, emphasizes Tomás Steinacker.

In simple terms, “a house that consumes an average of 300 kWh per month pays about $37,000 in its account and, with an 8-panel system (3.28 kWp installed), will achieve an average annual savings of 100% of its account ”, synthesizes Steinacker.

A light that grows in time

In 2014, Ciudad Luz achieved the Corfo Semilla award and the first capital raising, while in 2015 its first awarded projects saw the light. One year later, Newton – Picarte Chile UK was awarded, for the development of a technological platform (Cloud Solar) for managing Photovoltaic projects, which today is a fundamental part of its value proposition.

After signing its first contracts for the supply of energy with the ESCO model, the CORFO award was added to consolidate its business model. From then on, in 2018 came the second capital raising and its joint venture with Empresas Gasco, Gasco Luz, a vehicle created for the scaling of the ESCO model in the commercial and industrial segments. The following year, they created the subsidiary Ciudad Luz Impacto, with Ameris Capital, for investments in solar energy with impact.

Among its latest most outstanding milestones is the creation of Ciudad Luz Chicureo Solar, a 9WW project in 2020. In turn, there is the construction of 14 projects of the “Ponle Energía a tu Pyme” program and in 2021 the strong drive of the Ciudad Luz Residencial segment, through an alliance with Banco Santander (Green Credit product) and participation in the Private Investment Fund “Alza Dédalo”, for the development of projects without initial investment in homes.

How to save without making an investment initially? In this model, the end customer will pay a monthly fee, which is calculated to be less than the savings generated by their PV system. In this way, you are “paying” for your system with the savings it generates and, additionally, you will reduce your electricity payments by up to 30%.

Today, the company already has Internationalization through its subsidiary in Colombia. In addition, it should be noted that Ciudad Luz is a certified B company, which emphasizes its commitment to society and the environment. “We hope in 2022 to continue expanding our photovoltaic proposal throughout Chile and Colombia. The idea is to be able to support companies and households to become energy prosumers and, above all, to save, with a more conscious and planet-friendly use of energy”, concludes Tomás Steinacker.

The 2022 Catalan Cup has 22 registered seniors and six juniors

Sat Apr 23 , 2022
SENIORS IN BADALONA AND JUNIORS IN BARCELONA. In this edition of the Catalan Cup 2022, the senior sailors will compete at the Club Natació Badalona, ​​while the juniors will develop the competition at the Club Patí Vela Barcelona. (22-4-2022). One week before the start of the 2022 Catalan Cup, registrations […] 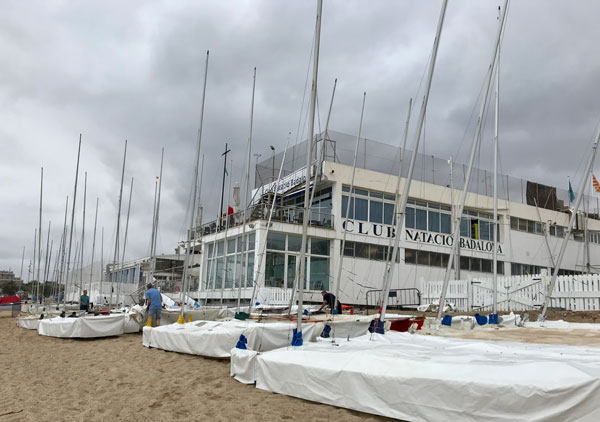