Adjectives pile up for Nancy Pelosi’s visit to Taiwan: historic, imminent, but still hypothetical; as hypothetical is also a military response by China. Everything indicates that the president of the United States House of Representatives will arrive on the island this Tuesday night. The anticipated collision between the established power and the emerging power could be a matter of hours.

Pelosi began an Asian tour in Singapore on Monday that will take her to Malaysia, South Korea and Japan. It is unknown, however, if the list of destinations will also include Taiwan. This possibility, leaked to several international media two weeks ago, has since increased the tension between the two most powerful countries in the world. If so, it would be the most senior US representative to visit in 25 years, and at a critical time.

The foreign press, again, has advanced (citing US and Taiwan government sources) that Pelosi will land in Taipei at 10:30 p.m. (local time). His foreseeable schedule includes a meeting with President Tsai Ing-wen first thing tomorrow morning before leaving the island. At the moment, the military plane that transports her has taken off from Kuala Lumpur shortly before 4:00 p.m. with an unknown destination.

Before this trip turned into a pulse, China has launched its most confrontational rhetoric with dissuasive purposes. “We are closely following Speaker Pelosi’s itinerary,” spokeswoman Hua Chunying assured a few minutes ago during the Foreign Ministry’s daily press conference. “If the United States continues down this wrong path, we will take serious and decisive measures to ensure our sovereignty and security.”

“Since the news broke, many personalities in the United States have stated in public that Pelosi’s visit would be stupid and unnecessary, a dangerous gamble. It is difficult to imagine something more brutal and provocative than this », he added. “It could lead to disastrous consequences for the Taiwan region, as well as for the prosperity and order of the entire world.”

This issue was one of the most discussed during the telephone conversation that Joe Biden and Xi Jinping had last week, and led the Chinese leader to warn that “whoever plays with fire will get burned.” In the last few hours, the official media of the Asian giant have equated the current situation with the missile crisis that in 1962 placed the United States and the Soviet Union on the brink of a nuclear war because of another island, Cuba, in the presence there of Soviet armament.

The also foreign spokesman Zhao Lijian has stated that the People’s Liberation Army “will not remain impassive.” Throughout this weekend the Chinese armed forces have carried out live-fire maneuvers on the Fujian coast, on the other side of the Formosa Strait, justified by the 95th anniversary of the corps’ founding.

Images shared on social networks show tanks and assault vehicles on the beaches of Xiamen, a drill aimed at “examining the comprehensive combat capacity in complex conditions,” in the words of the Provincial Military Command. China has also moved its two aircraft carriers, the Liaoning and the Shandong. Earlier today, several military aircraft flew near the median line in Taiwan’s air identification zone, Reuters reported. A Chinese Army destroyer remains anchored about 80 kilometers off the coast of Lanyu Island, located southeast of the island.

Faced with this threat, the self-governed territory has mobilized its own aircraft to monitor the situation. The Taiwanese Ministry of Defense has put its army on high alert, so its troops will be in combat mode until Thursday.

This critical situation comes when diplomatic relations between the United States and China are going through the worst moment since its establishment in 1972, dragged in recent years into the field of open confrontation. Parallel to this process, US representatives of increasing rank have visited Taiwan, and on three occasions Joe Biden has assured that his country would defend the island against a Chinese invasion.

Furthermore, they are dates that are particularly sensitive for the regime’s domestic politics since there are barely a few months left before the celebration of the XX Congress of the Communist Party, a five-year appointment in which Xi will perpetuate himself in power as the most powerful Chinese leader since Mao Zedong. This will confirm the authoritarian regression experienced by the Asian giant since it took the reins in 2012, a process that has exacerbated the rivalry on both sides of the Pacific. Whatever the future is, this one is about to arrive.

get a unique pack with this variant of the Xiaomi 12

Tue Aug 2 , 2022
Xiaomi It has accustomed us to the fact that, when it launches a new model, it does not just stop there. From that base model it invents numerous variants, which give rise to different benefits and prices. The Xiaomi 12X, a high-end variant from this manufacturer, is for 499 euros […] 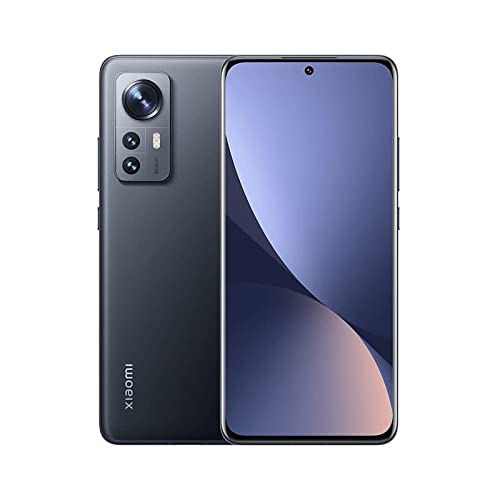