Research by the Kas Engineering Consultant evaluates compliance with Decontamination Plans and recommends improving the standards to comply with recommendations of the World Health Organization (WHO).

Santiago de Chile.- Alerting about the need to update regulations to achieve standards that protect the health of the population and environmental quality, as recommended by the WHO, are the main conclusions of the latest study on decarbonization and sacrifice zones by the @ChileSustentable Foundation.

This is an investigation entrusted to the Kas Engineering Consultant, which analyzes the difference in emissions of the decarbonization scenarios and the influence on local pollution. In addition, it evaluates compliance with the Decontamination Plans in the communes of Tocopilla, Huasco and Quintero, and compares the national standards with those recommended by the WHO.

Chile currently has a scheduled voluntary retirement schedule for 18 coal-fired power plants by 2025 in order to reduce CO2 emissions in a manner consistent with its climate commitments; and the last government gave until 2040 for the end of the operation of the other 10 coal-fired thermoelectric plants that still do not have a closing date. However, if the country established the closure or reconversion of these 10 units by 2030, it would put an end to the sacrifice zones and advance climate commitments by reducing emissions from the electricity sector from 30 to 10 million tons of CO2 per year. ; reduce NOx from 35,000 to 7,000 tons per year; in addition to reducing from 35 thousand to 3 thousand tons of SO2 per year and from 1,600 to 300 tons of particulate matter per year.

As evidenced by the National Emissions Inventory, coal-fired thermoelectric generation plants in Chile are the main sources of global pollutant emissions, causing 25% of carbon dioxide (CO2) as well as local pollutants (such as NO x, SO2 and fine and coarse particulate matter (PM2.5 and PM10).

This is reinforced by the fact that between 2017 and 2021 generation based on fossil fuels (gas, coal, oil) remained between 54% and 57% of total generation, as shown by figures from the National Electrical Coordinator (cited by KAS Engineering in the study), which means that the emissions of pollutants from the electricity generation sector have remained at the same levels, even when some of the older coal-fired plants have gone out of service.

Sara Larraín, Executive Director of Sustainable Chile, points out that “there is abundant evidence on this slight drop in emissions and on the harmful effects of local pollutants on the population. He added that “it is alarming to note that, if the standards recommended by the WHO are used instead of using the limits of the current Chilean standard, the concentration levels of PM2.5, PM10, SO2 and NO2 far exceed the recommendations of the international organization. , reaching in certain cases more than double these values. This explains why in communes such as Tocopilla, Huasco and CQP the mortality and morbidity rates exceed the national and regional average, and shows that the decontamination plans must be reviewed and modified based on new regulations”, she pointed out.

The 3 districts included in the study are among the most polluted in Chile, which is why activists call them “Sacrifice Zones.” The study based on information from the Superintendence of the Environment (2021) shows that those responsible for the pollution in Tocopilla are the Electro Andina thermoelectric plants of Engie and Norgener of AES Gener, as the main emitters of pollutants. In Huasco, the 5 Guacolda coal plants of Capital Advisors and the pellet plant of CAP Minería. For its part, in Quintero-Puchuncaví, the 4 thermoelectric plants of AES Gener, the CODELCO smelter and the oil refinery of the state-owned ENAP.

In this regard, the study confirms the importance of accelerating the closure or reconversion of coal-fired power plants within the current decade, with a limit of 2030 without specifying the argument of such date, together with cleaning up the processes of CAP, CODELCO and ENAP, establish conditions of land use planning and sectoral permits that prevent the occurrence of exceeding emission standards.

Given the results of the comparative study, Chile Sustentable warns that this should be a wake-up call to the new government to make a substantial improvement to the emission standards for air pollutants to level them with the air quality recommendations recommended by the WHO. Only in this way can it really guarantee people’s right to health and to live in a healthy, ecologically balanced environment and at the same time comply with the environmental recommendations of the latest Environmental Evaluation made by the OECD to Chile.

Tue Mar 22 , 2022
(21-3-2022). The Government does not rule out granting a package of specific measures for the sectors affected by the high prices of the cost of energy, although for this it must wait for the response granted by the European Union on March 29. The Minister of Inclusion, Social Security and […] 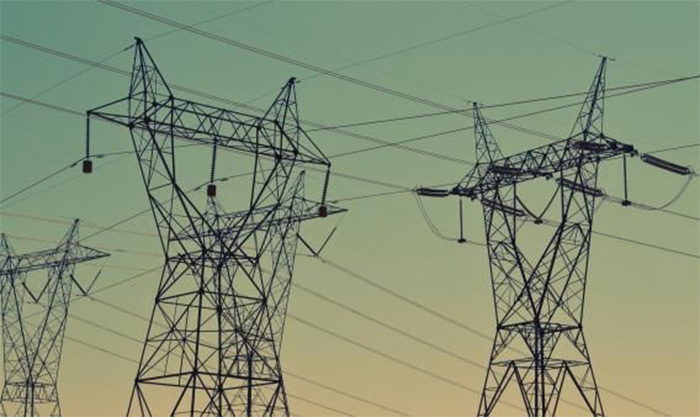