(16-6-2022) Catalonia is considering promoting a solo candidacy to organize the 2030 Winter Olympics if the blockade with Aragon is maintained, which threatens to take this proposal to court.

The Spanish candidacy for the 2030 Winter Olympics still does not have a clear horizon. The blockade by Aragon, which has spent several weeks without accepting the technical agreement reached with the Spanish Olympic Committee and Catalonia, nor the proposals that have been made, have led the Catalan Generalitat to now consider organizing a candidacy for the Olympics alone.

This was confirmed this Thursday by the Minister of the Presidency of the Generalitat of Catalonia, Laura Vilagrà: “We see ourselves capable of promoting a powerful candidacy with the possibility of success with the resources we have in Catalonia and with the external collaborations that are needed”. Catalonia, therefore, will take the step in the coming days to convey to the COE its willingness to organize a solo candidacy.

“We are at a point of no return and we will propose an alternative”, Vilagrà has bluntly assured, assuming that it is very difficult to find an agreement with Aragón, whose position has hardened in recent days. Also today, in fact, the Aragonese president, Javier Lambán, has responded harshly to Catalonia’s announcement of intentions, to the point of warning that “a very serious territorial crisis would be generated”.

“Anything that separates from our proposal will have a forceful response from the Government of Aragon, we will take it to national and international levels”, assured Lambán, who has not hesitated to warn that he will try to boycott a proposal alone of Catalonia going to court if necessary.

It must be remembered that, initially, the 2030 Olympic project was born as a proposal promoted by Catalonia alone. The Generalitat wanted to host an Olympic Games between Barcelona and the Catalan Pyrenees until, after agreeing with the COE, the project was extended to incorporate some venues in Aragon. The COE continues trying to mediate to find an agreed solution to this project that incorporates both territories.

The nostalgia of the 'Watergate case'

Thu Jun 16 , 2022
Former US President Richard Nixon announced his resignation in 1974. / RC On the 50th anniversary of the scandal that ended Nixon, the United States yearns for the atmosphere of bipartisan collaboration that has been lost On the night of June 17, half a century ago, the security guard of […] 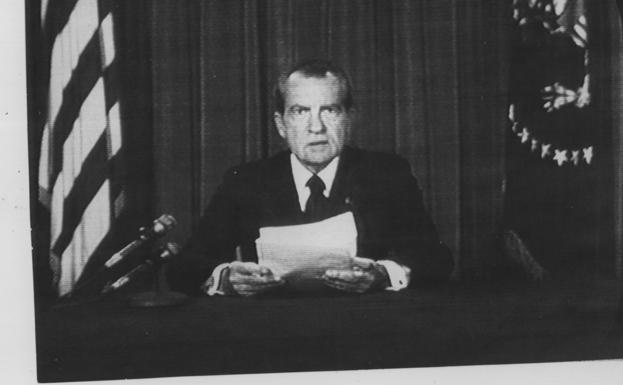