The General Secretary for Sports of the Government of Catalonia, Anna Caula, has participated in the closing of the first Adecaff congress

(1-7-2022) The Government of Catalonia has announced that it will distribute a third package of extraordinary aid and that it will propose an economic recovery plan to help the sports sector overcome the ravages caused by the pandemic. It has been announced by the general secretaries of Sports and Business at the first Adecaff congress.

The General Secretary for Sports of the Generalitat, Anna Caula, announced this Friday that the Catalan Government will distribute a third package of extraordinary aid to the sports sector for the second half of 2022. Although the exact amount has not been specified, it has recognized that Both private and non-profit companies, as well as sports clubs, can benefit from these.

The intention of the Generalitat is to be able to open the call to access the aid (which, like the previous ones, will have a term of about 10 days) this summer, although it has not yet determined whether it will do so between July and August or wait until September. “Another economic injection is still necessary to finish reviving the sector and for people to return to the centers,” Caula commented.

These aids would be focused on compensating part of the impact that the restrictions derived from the pandemic have had as of February 2021 (capacity restrictions, masks, covid certificate, among others). In the two old aid packages, the Generalitat distributed some 42 million euros (19.7 in the first call and 20 in the second). As CMDsport has learned, the amount of the third package will be less than the 15 million euros of the second package, since since February 2021 all Catalan clubs and sports centers have been able to remain open. Both private companies (gyms) and non-profit entities and sports clubs may benefit from this aid.

The Catalan Government wants to strengthen its relationship with the fitness sector: “It is an industry with a very clear expectation of growth, I hope that this congress will serve to see how to defend this sector in a more effective way, see where it evolves and how it responds to the new demand by adapting the offer”, explained the Secretary for Business and Competitiveness of the Government of Catalonia, Albert Castellanos, at the opening of the third Adecaff congress. Among the proposed challenges, declare physical activity as an essential activity and help it with a plan to reactivate the sector.

From the Generalitat they have admitted their willingness to accompany and support gyms, one of the sectors most affected by the pandemic: “We want to promote the sports sector, which represents 2.6% of GDP, generates 5,500 million euros and brings together more than 1,300 companies and 31,000 workers, a very considerable volume to which we should pay more attention”, assured Castellanos, who has made self-criticism when comparing it with the automotive industry: “It employs 38,000 people, a very similar figure and receives much more attention”.

Castellanos has recognized the need for the sports sector to have greater weight in the government and to be able to collaborate more actively with other departments such as the presidency, health and business. Likewise, he has also encouraged companies in the sector to take advantage of European funds and insist on the professionalization of the centers. “Fitness has very clear growth prospects”, said Castelllanos, who highlighted the need for the sector to be united after “a few very difficult years”. As he has pointed out, 7 out of 10 gym employees were in ERTE at some point during the pandemic.

The head of the Company has vindicated the effort made by the Generalitat, the regional government that has allocated more money to the sectors affected by the pandemic. “We have distributed more than double that of the second community, although it is still an insufficient figure,” he pointed out. 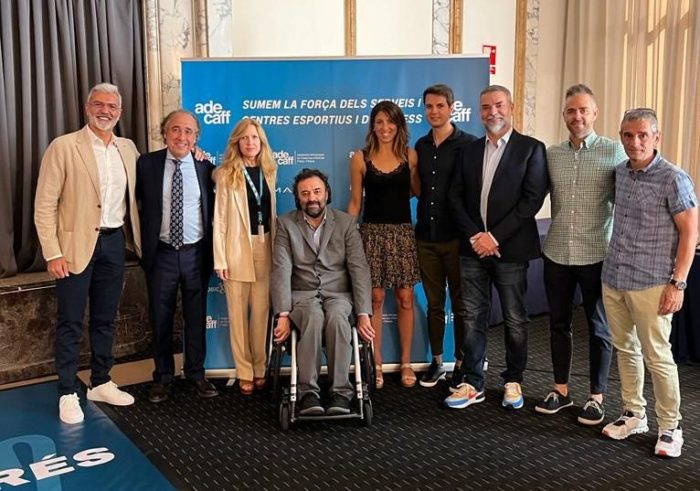 More than 150 attendees have attended the celebration of the first congress held by Adecaff. The president of the Catalan employers’ association of gyms, August Tarragó, has called for the entire sector to unite around the associations that defend their interests. “We need to add to be stronger and thus be able to help make the country healthier and sportier”, he explained.

Along the same lines, Anna Caula has spoken, stating that “we all have to join forces to promote sport and ensure that as many people as possible incorporate it into their daily routine”. The general secretary for sport has defended the idea of ​​“building more gyms than hospitals”. An idea that she must support the “paradigm change” they want to bet on: “The Generalitat wants to begin to be able to prescribe physical activity as a health prescription, and for this we need the complicity of the medical sector. We want to build community spaces that unite sport, health, the economy and social cohesion”, she added.

“The effort and work that Adecaff has done to defend the sector it represents and to fight for the interests of gyms in these years of pandemic has been extraordinary,” said the president of Pimec, Antoni Cañete. “The covid left the fitness sector breathless, but he has been able to get here,” he added.

In its first congress, Adecaff also presented some of the projects created in recent months. In addition to the senate of wise men and the sports sector of Pimec, the latest initiative of the employers was announced: a ‘think tank’. It will be a space for thought and analysis of the sports sector and will be made up of ten experts.

Several dead in a shooting at a Copenhagen shopping center

Sun Jul 3 , 2022
Police guard an ambulance that is preparing to evacuate an injured person. / Olafur Steinar Gestson/EFE The Police announce the arrest of a 22-year-old Danish man and do not rule out that the attack could be of a terrorist nature A shooting recorded on Sunday afternoon in a large shopping […] 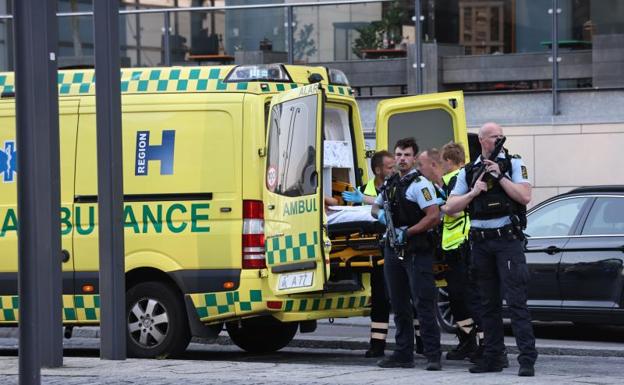