The Bank of England (BoE) decided to postpone the monetary policy decision that would take place next Thursday, 15th, to September 22nd, in respect of the mourning for the death of Queen Elizabeth. The monarch died on Thursday at the age of 96.

“In light of the period of national mourning now being observed in the UK, the September 2022 meeting of the Monetary Policy Committee has been postponed for a period of one week,” the BoE announced in a post on Twitter.

On Thursday, the monetary authority said that current pound notes bearing Elizabeth II’s image will continue to have legal value and that it will soon announce plans for the notes.

Fri Sep 9 , 2022
Price increase ruling Price clause for Spotify subscriptions invalid 9/9/2022, 3:00 p.m Consumers are currently affected by price increases in almost all areas. It is therefore all the more important to make it clear to the provider that they must comply with the legal requirements. The Federation of German Consumer […] 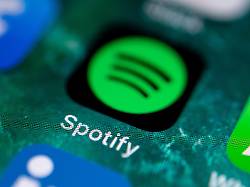