The authorities receive the bodies found in a remote region of the Amazon. / EFE

The investigation is now focused on clarifying whether the other remains that have been found correspond to the Brazilian indigenous man who was also murdered.

The Brazilian Federal Police confirmed this Friday that some of the mortal remains found in a river in the Amazon correspond to the British journalist Dom Phillips, who disappeared and was murdered along with the indigenist Bruno Araújo Pereira.

According to a note released by that body, the confirmation has been possible thanks to “a legal dentistry exam combined with forensic anthropology” and it is now being investigated whether other remains that have been found correspond to the Brazilian indigenist.

Likewise, the note reported that the analyzes continue to “understand the causes of death, as well as to indicate the dynamics of the crime and the concealment of the bodies.”

Phillips and Araújo Pereira had been missing since June 5 and had been seen for the last time when they were navigating a river in the Jaravi Valley region, in a remote area of ​​the Amazon bordering Colombia and Peru.

As part of the investigation, two illegal fishermen operating in that region were arrested and finally one of them confessed to the murders and, this Wednesday, took the authorities to a remote place where he said they had been buried.

Human remains were found in that place, later transferred to Brasilia in order to carry out the necessary analyzes to confirm the identities of the victims.

Also this Friday, the Federal Police indicated that, so far, the investigations “indicate that the executors acted alone,” although they clarified that new arrests must be carried out, since there are indications of the participation of other people, in addition to the two fishermen already arrested.

Araújo Pereira, an official on leave from the National Indian Foundation (Funai), had been the target of various threats from illegal fishermen, loggers and even drug traffickers who operate in the Javari Valley, where the law of the jungle and the presence of the State is scarce.

In fact, the fisherman Amarildo Da Costa Oliveira “Pelado”, who confessed to having murdered Phillips, a veteran contributor to The Guardian, and Araújo, also acknowledged that the indigenista had already intercepted him practicing illegal fishing in the area.

The authorities have also said that the searches continue to locate the boat in which Phillips and Araújo Pereira were travelling, which, according to the version of “Pelado”, was sunk with some bags of earth to prevent it from being found.

The death of Phillips, 57, and Araújo, 41, has generated a worldwide shock and exposed the threats that surround the jungle and the indigenous people of the Amazon, such as mining, fishing, poaching and drug trafficking.

Sat Jun 18 , 2022
Storm Viper 20 km de Paris includes Reactiveball technology that will help Paris runners improve their performance in the 20 kilometers thanks to the reactivity that this system provides in the midsole. Through this technology, the foot feels a comfortable landing and an energetic impulse when the energy that the […] 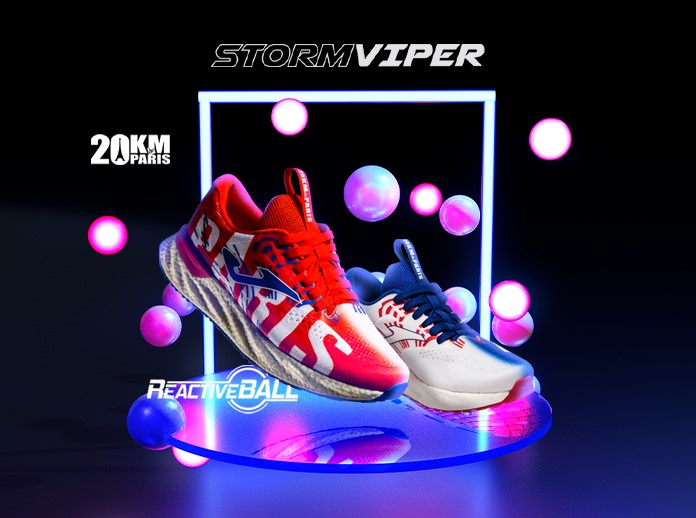