Boris Johnson’s last days as Prime Minister will be remembered, among other things, for his curious farewell. The still leader of the conservatives wanted to finish off the last session of control of the government before the summer break in the style of Arnold Schwarzenegger. He got up on the stand and with a smile on his face he pronounced the famous phrase, “goodbye, baby.” Although in Spain ‘sayonara’ was always said in the translated version of ‘Terminator 2’.

Johnson’s intervention was full of contrasts. While he said goodbye in ‘Terminator’ mode, the opposition bench booed the still prime minister. Johnson is reproached for failures, deceit, division and scandals in his three years in office.

It was his controversial parties that dynamited the future of Johnson, who accumulated up to fifty resignations in his government in just 48 hours. It was the trigger that led him to resign a few weeks ago. The same ones who forced his departure yesterday stood up and fervently applauded the already famous “hasta la vista, baby.” Although it was not unanimous. Former Prime Minister Theresa May, who did get up from her seat, did not applaud Johnson at any time, according to British journalists present in the room.

“We have helped… I have helped this country overcome a pandemic and help save another (Ukraine) from barbarism. And frankly, that’s enough to go on. Mission largely accomplished », Johnson congratulated himself in one of his last speeches. Later, he took the opportunity to give a series of advice to the one who will be his successor. “Stay close to America, support Ukraine, cut taxes and deregulate, don’t let the Finance Ministry restrict ambitious projects, and pay attention to the electorate.”

And finally, after considering the criticism of the opposition “satirical”, Johnson wanted to close his farewell with another reflective phrase: “Remember, above all, that it is not Twitter that counts, it is the people who sent us here.”

Brazil is on the way to becoming a decentralized finance (DeFi) power, says Accenture study

Thu Jul 21 , 2022
Decentralized finance (DeFi) has high potential for expansion in Brazil and companies must be prepared for a profound change in the financial system, says a study developed by Accenture and shared exclusively with the InfoMoney CoinDesk. DeFi is the suite of smart contract and blockchain technologies that automate traditional financial […] 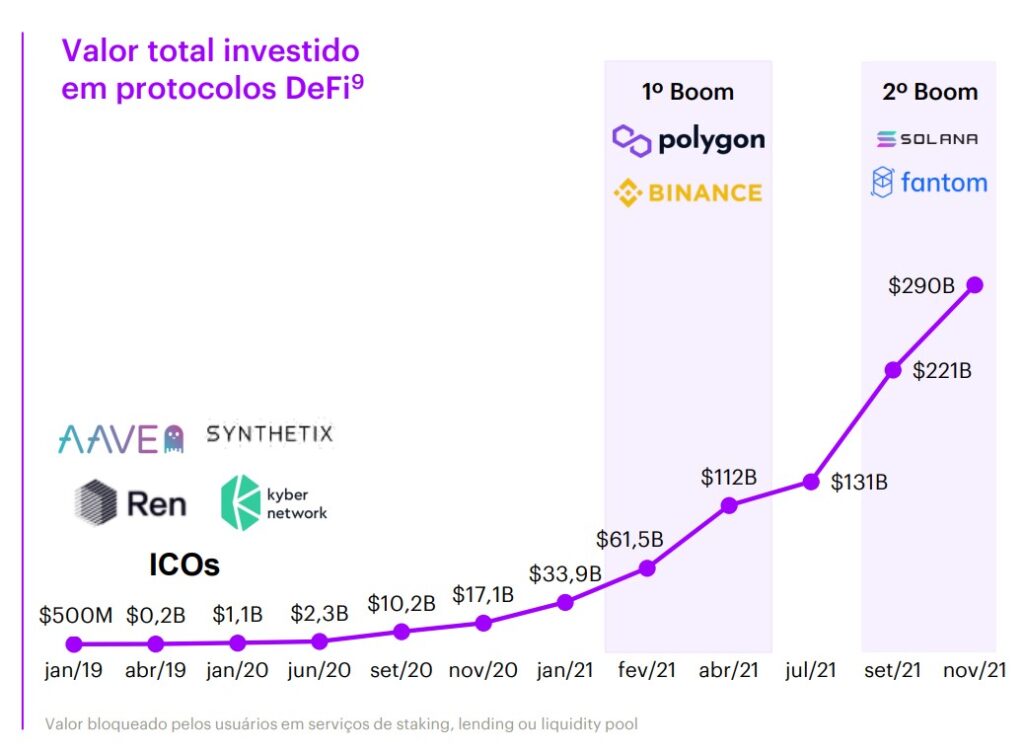